Several thousand people demonstrated on Wednesday in Goma, on the border with Rwanda, in the east of the Democratic Republic of Congo (DRC), to denounce "Rwandan aggression" and to express… 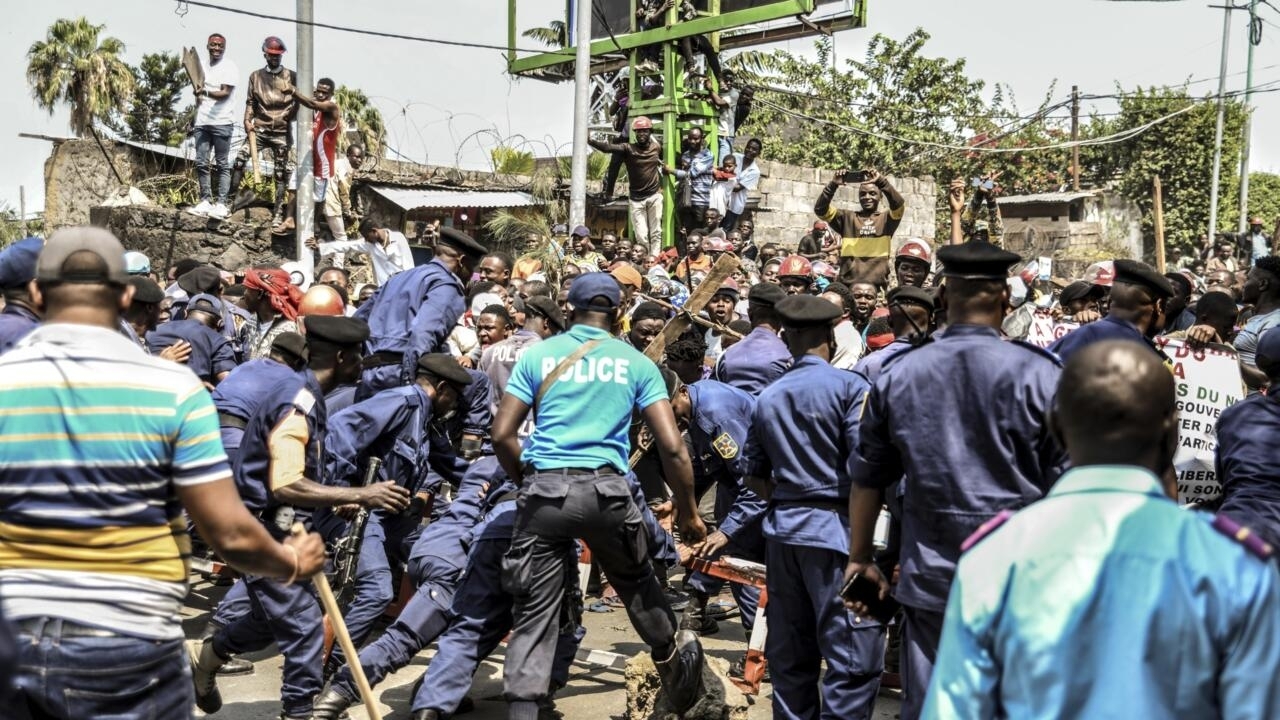 Tensions continue on the border between Rwanda and the Democratic Republic of Congo (DRC).

Thousands of people took to the streets of Goma on Wednesday June 15 to denounce "Rwandan aggression" and express their support for the Congolese army.

In the morning, in a very tense atmosphere, the demonstrators, especially young men, some bare-chested, ran in two groups towards the border, at the "small barrier" and the "large barrier" which separate the DRC of Rwanda, chanting slogans hostile to this country and its President Paul Kagame.

Later in the day, scenes of looting of shops belonging to Rwandan nationals were observed in a commercial district.

"We don't want any more Rwandans, let us go and face Kagame at his home," the demonstrators shouted.

Growing in numbers throughout the morning, they were dispersed by riot police as they tried to force their way into Rwanda.

At least one person was injured, according to AFP.

"We are demonstrating against the incursion of the M23 rebels into the Democratic Republic of Congo. We are asking the government to provide us with (military) uniforms and weapons to go and fight" against the Rwandan army, declared a demonstrator, Éric, to the cheers of dozens of others around him.

In the city, banks, gas stations, schools, shops and other businesses were closed, with the exception of a few pharmacies.

In panic, Rwandan nationals who were in the city fled to cross the border into Rwanda, while Congolese who were on the Rwandan side made the opposite movement.

On certain arteries, demonstrators stopped vehicles, searched them, demanding to know the identity of their occupants.

Verbal threats against people considered "Rwandophones" by their appearance have also been reported.

A rise in tensions

On Tuesday, in the capital Kinshasa, a few hundred people demonstrated again to demand the severance of diplomatic relations with Rwanda, accused of supporting the M23 rebellion, and to call on Congolese President Félix Tshisekedi to break his silence.

Since the end of May, rallies have been organized to demand the departure of the Rwandan ambassador, Vincent Karega, who had recently been summoned to receive a "severe" warning from the Congolese authorities.

As early as May 28, Kinshasa also announced the suspension of Rwand'Air flights on its territory to protest against Kigali's alleged support for the M23.

But so far, the Kinshasa authorities have also reiterated their desire to maintain peaceful relations with their neighbours.

On Tuesday evening, the Congolese government raised its tone, "condemning" in a press release "the participation of the Rwandan authorities in supporting, financing and arming this rebellion" and promising to defend "every centimeter" of its territory.

A predominantly Tutsi rebellion defeated in 2013 by Kinshasa, the M23 took up arms again at the end of 2021, accusing the Congolese authorities of not having respected an agreement for the demobilization and reintegration of its fighters.

On Monday, the Congolese town of Bunagana, a trading center on the Ugandan border, fell into the hands of these rebels.

The Congolese army has accused Rwanda of "invading" its territory.

Relations between the DRC and Rwanda have been strained since the massive arrival almost 30 years ago in eastern DRC of Rwandan Hutus accused of having massacred Tutsi during the Rwandan genocide of 1994.

They had heated up with the accession to power in the DRC in January 2019 of Félix Tshisekedi, but the resurgence of the M23 and the intensification of the fighting in recent weeks have rekindled tensions.