"Telling Chinese stories well, spreading Chinese voices well, and showing a true, three-dimensional, and comprehensive China are important tasks for strengthening my country's international communication capacity building." The 30th collective study for capacity building, General Secretary Xi Jinping emphasized when presiding over the study.   As China is getting closer to the center of the wor 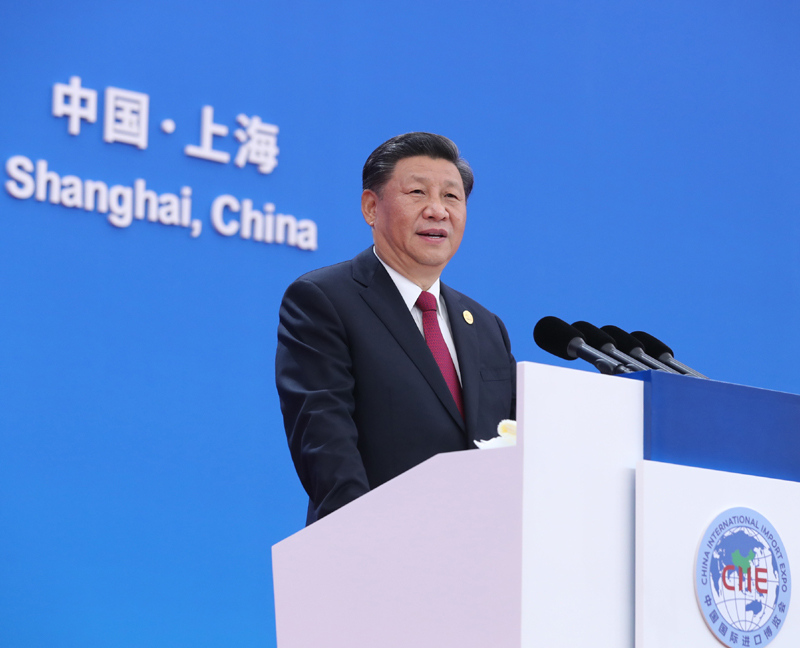 As China is getting closer to the center of the world stage, strengthening the building of international communication capabilities and forming an international discourse power that matches my country's comprehensive national strength and international status has become a "compulsory course" for all sectors of Chinese society.

On February 4, 2022, the scenes combining poetry and creativity at the opening ceremony of the Beijing Winter Olympics attracted worldwide attention. To a certain extent, this stemmed from the pursuit of the main creative team of the opening ceremony from beginning to end - "telling a story of a great China" ".

General Secretary Xi Jinping once said: "Storytelling is the best way to communicate internationally." "Storytelling is about telling facts, images, emotions, and reason. Only facts can convince people, images can impress people, and emotions can only speak. To infect people, only reason can influence people.”

"Tell Chinese stories well", General Secretary Xi Jinping is both an advocate and a practitioner.

In November 2018, during his state visit to the Kingdom of Spain, President Xi Jinping affectionately told the story of "the exchanges between China and the West have a long history" - "As early as 2,000 years ago, the ancient overland Silk Road connected the ancient capital Chang'an with the Spanish city of Tarago. be connected.”

In December 2018, on the eve of his state visit to the Portuguese Republic, President Xi Jinping published a signed article in the local media entitled "Friendship Across Time and Space Facing Future Partners", the article reads: "Hundreds of years ago, Chinese blue and white porcelain floated Crossing the ocean to Portugal, it has been combined with the local porcelain making technology to form the unique 'Portuguese Blue'."

Vivid historical stories and ingenious metaphors have brought China closer to the world.

The story is "Esperanto".

The world needs to understand China, and China needs to be understood by the world.

How to tell Chinese stories well?

General Secretary Xi Jinping gave the answer: we must organize various wonderful and refined story carriers, and embody the Chinese road, Chinese theory, Chinese system, Chinese spirit, and Chinese power in them, so that people want to listen, think, and listen. income.

Poverty alleviation is the most exciting story of the times in China.

On October 16, 2015, when President Xi Jinping delivered a keynote speech at the 2015 High-level Forum on Poverty Reduction and Development, he told his story of being a farmer in a small village in northern Shaanxi, and expressed his feelings with the common people in simple language: "These two years, I went to more than a dozen poverty-stricken areas, went to the homes of the villagers, and chatted with them. I was worried about their difficulties in their lives. I am happy for every improvement in their lives."

Many audiences are amazed at the effect of the new method of live streaming on the sales of agricultural products in poverty-stricken areas. Sri Lankan netizen Durika said: "Our country should also recommend this method to farmers!" Become the focus of interest for overseas netizens to discuss.

"Proactively publicize the idea of ​​socialism with Chinese characteristics in the new era, take the initiative to tell the story of the Communist Party of China's governance of the country, the story of the Chinese people's struggle to realize their dreams, and the story of China's adherence to peaceful development, cooperation and win-win, so that the world can better understand China." President Xi Jinping In one sentence, the secretary revealed the most exciting theme of the Chinese story.

"Spread the Voice of China"

With the continuous improvement of China's comprehensive national strength and international status, China needs to turn its development advantages into discourse advantages.

Facing the ultimate question of "where did human civilization come from and where it is going", President Xi advocated "promoting the common values ​​of peace, development, fairness, justice, democracy, and freedom for all mankind" and leading the trend of human progress.

In line with the general trend of global openness and cooperation, President Xi proposed the joint construction of the "Belt and Road" initiative, which originated from China and belongs to the world. It transcends the closedness and zero-sum nature of the traditional development model, and reflects a clear openness and equality. ,tolerance.

Firmly grasping the concept of building a community with a shared future for mankind, President Xi introduced to the world the proposition of "building a world with lasting peace, universal security, common prosperity, openness, inclusiveness, cleanness and beauty", promoting the democratization of international relations, and promoting the global governance system towards a more fair and reasonable development.

On October 25, 2021, President Xi Jinping attended and delivered an important speech at the commemorative meeting of the 50th anniversary of the restoration of the legitimate seat of the People's Republic of China in the United Nations in Beijing.

Whether it is the SCO summit, the BRICS summit, the China-Africa summit, the G20 summit, or the Belt and Road Forum for International Cooperation, China has always adhered to the purposes of the UN Charter and participated in international affairs and the construction of the global governance system with righteousness first. .

Regardless of economic cooperation, international peacekeeping, health and epidemic prevention, disaster reduction and poverty alleviation, ecological climate, security and anti-terrorism, South-South cooperation, etc., China has always been at the forefront, has the courage to take responsibility, and is the main promoter, advocate and contributor.

As President Xi said: "my country is getting closer to the center of the world stage, and it has the ability and responsibility to play a greater role in global affairs and make greater contributions to solving the problems of all mankind together with other countries."

Since the 18th National Congress of the Communist Party of China, the Party Central Committee with Comrade Xi Jinping at its core has attached great importance to and comprehensively promoted international communication.

On February 19, 2016, Xi Jinping, General Secretary of the Central Committee of the Communist Party of China, President of the State, and Chairman of the Central Military Commission, presided over a symposium on the Party's news and public opinion work in Beijing and delivered an important speech.

On February 19, 2016, General Secretary Xi Jinping emphasized at the party's news and public opinion work symposium: "It is necessary to strengthen the construction of international communication capabilities, enhance the international discourse power, focus on telling Chinese stories, and at the same time optimize the strategic layout, and strive to create strong Flagship media for outreach with international influence.”

The international communication work in the new era has paved the way for people's hearts and minds for the picture of the times, forged spiritual support for national rejuvenation, and created a good international public opinion environment for the development of great powers——

This is the hardcover and paperback version of the third volume of "Xi Jinping: The Governance of China" (photographed on June 29, 2020).

Elaborately organized the publicity of General Secretary Xi Jinping's important domestic and foreign events, edited and published multilingual "Xi Jinping: The Governance of the Country" and other important works, covering 173 countries and regions; a series of micro-videos such as documentaries "Xi Jinping's Governance Strategy" and "Xi Jinping's Story" are available in Broadcasted by foreign mainstream media, Chinese ideas, Chinese values, and Chinese concepts are widely disseminated around the world.

In line with the state visits of state leaders, a variety of cultural and people-to-people exchange activities are held in the visiting countries.

Photo exhibition, China Film Week, special performances of the "Embrace China" Art Festival... These events are like cultural feasts, showing the profound heritage of Chinese civilization and nourishing the beautiful friendship between countries.

On May 15, 2019, Chinese President Xi Jinping attended the opening ceremony of the Conference on Dialogue of Asian Civilizations at the National Convention Center in Beijing, and delivered a keynote speech entitled "Deepening Exchanges and Mutual Learning among Civilizations and Building a Community of Shared Future in Asia".

In articles, photos, and shots, China's charm as a great civilization, a great power in the East, a great responsible nation, and a great socialist nation is vividly presented, and China's story has become a bright chapter on the world stage.