The European Union wants to “strengthen” its energy cooperation with the Jewish state in response to the “blackmail” of Russia, which has cut off its gas deliveries to European countries, argued Tuesday in Israel… 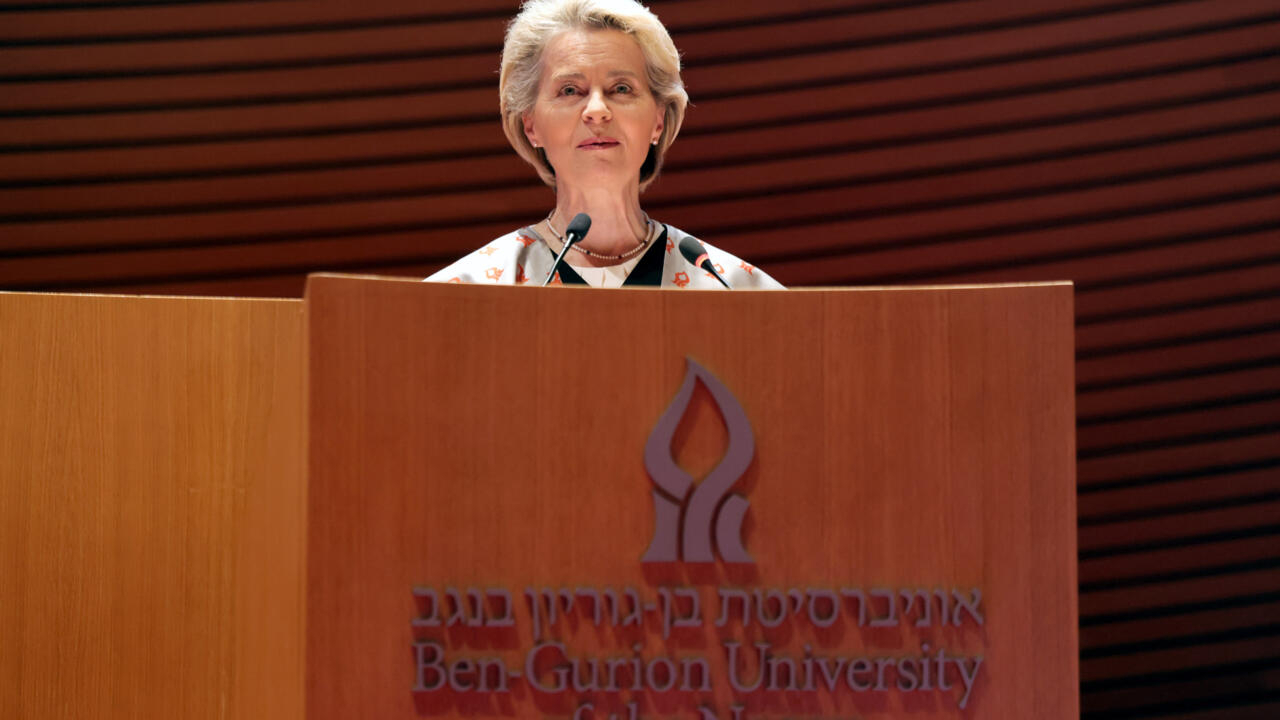 "The Kremlin has used our reliance on Russian fossil fuels to blackmail us...Russia has deliberately cut gas supplies to Poland, Bulgaria and Finland, to Dutch and Danish companies in retaliation for our support for Ukraine," she said during a speech at Ben-Gurion University of the Negev.

"The behavior of the Kremlin only reinforces our desire to free ourselves from our dependence on Russian fossil fuels," said Ms. von der Leyen.

"For example, we are currently exploring ways to strengthen our energy cooperation with Israel," she explained, citing a project for an undersea electric cable linking the Jewish state, Cyprus and Greece and a "pipeline" in Eastern Mediterranean.

Israel is working hard to be able to export some of its vast offshore gas resources to Europe, which has been seeking to replace Russian fossil fuel purchases since the invasion of Ukraine in late February and the sanctions on Moscow.

Ms. von der Leyen met Monday evening the Israeli Ministers of Foreign Affairs and Energy, Yaïr Lapid and Karine Elharrar, and is due to meet Tuesday evening with the head of government Naftali Bennett.

Spokesperson for Minister Elharrar says Von der Leyen reiterated that 'the EU needs Israeli gas', as talks have been going on for months to reach a deal to export Israeli gas to Europe via Egypt.

“Announcements” concerning energy cooperation “with Israel and other partners in the region” must be made “in the coming days”, indicated for her part a spokesperson for the European Commission, specifying that Ms von der Leyen would go to Egypt after Israel.

From sea to land

Israel started producing gas after the discovery in the early 2010s of several reservoirs off its coast in the Mediterranean, with reserves estimated at around 1,000 billion BCM (billion cubic meters).

But two major problems arise for Israel: the absence of a gas pipeline to link its drilling platforms in the Mediterranean to markets in southern Europe and a dispute with neighboring Lebanon over the delimitation of part of its area of ​​right. exclusive.

Three main options are available to Israel for exporting its gas to Europe: transport it to Egypt to then liquefy it and ship it to Europe;

build a gas pipeline to Turkey;

or build a new hydrocarbon route directly to southern Europe, via Cyprus and Greece.

But this latest project, dubbed EastMed, is costed at nearly six billion euros and could take time to materialize.

Also, Israeli officials have pleaded for Italy to join in.

"We are working together to use the gas resources of the eastern Mediterranean and to develop renewable energies. We want to reduce our dependence on Russian gas," Draghi said alongside Mr. Bennett.

The discovery of vast gas deposits in the eastern Mediterranean has fueled border disputes between Lebanon and Israel.

In October 2020, the two countries, technically in a state of war, had started talks to delimit their maritime border and remove obstacles to hydrocarbon exploration.

But those talks have been on hold since May 2021 due to disputes over the disputed Karish area.

Tensions resurfaced last week with the arrival of a ship chartered on behalf of the Jewish state by the exploration company Energean Plc, Lebanon accusing Israel of operating in a disputed area.

But Israel assures that the gas field was not in the disputed waters, which also suggests an analysis of satellite images carried out by the Israeli daily Haaretz.