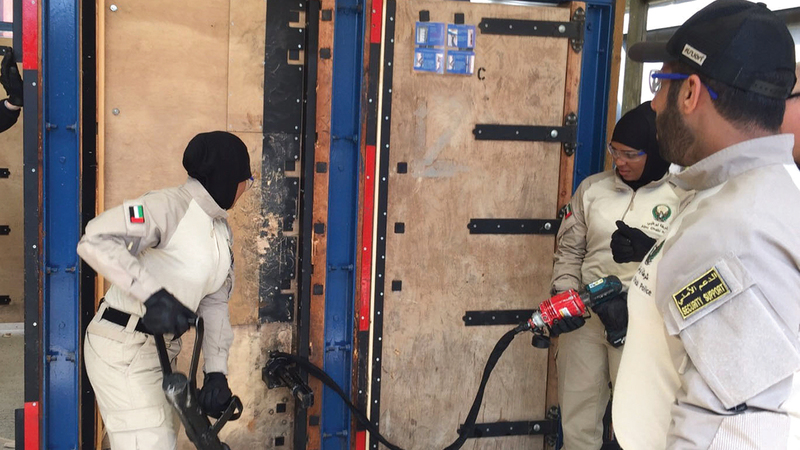 Emirati women have proven to be highly efficient at work.

Abu Dhabi Police affirmed its interest in encouraging national female elements to work in their various sectors, motivating them and paying attention to their ideas and efforts to advance the process of police and security work, pointing out that the female element currently occupies all positions in the security field.

Abu Dhabi Police confirmed that Emirati women enjoy the highest levels of efficiency, whether in the areas of office or field work or providing distinguished police services to the public, to demonstrate their commitment to performing the tasks entrusted to them since joining the police corps.

Abu Dhabi Police launched a smart platform for employment without the need for personal attendance, as it enables those wishing to view the latest vacancies that are being added, create CVs for applicants, introduce them to the steps of creating a file, and list qualifications, courses, experiences and talents.

The platform is characterized by electronic linkage with the Federal Authority for Identity and Nationality, Customs and Ports Security, and it can check and verify the accuracy of the application entry data through the unified number and identity number.

), through the phone or smart devices, and click on Create CV, and follow the steps to create their file, which includes Basic information, qualifications, experience, courses, talents and other fields. In each of the steps, the required data and documents must be filled out and saved, then pledge and acknowledge the correctness of the data and information recorded, and finally submit the application.