"Unilateral actions are detrimental to mutual trust and a formula for uncertainty." Relations between the EU and the UK are at their point... 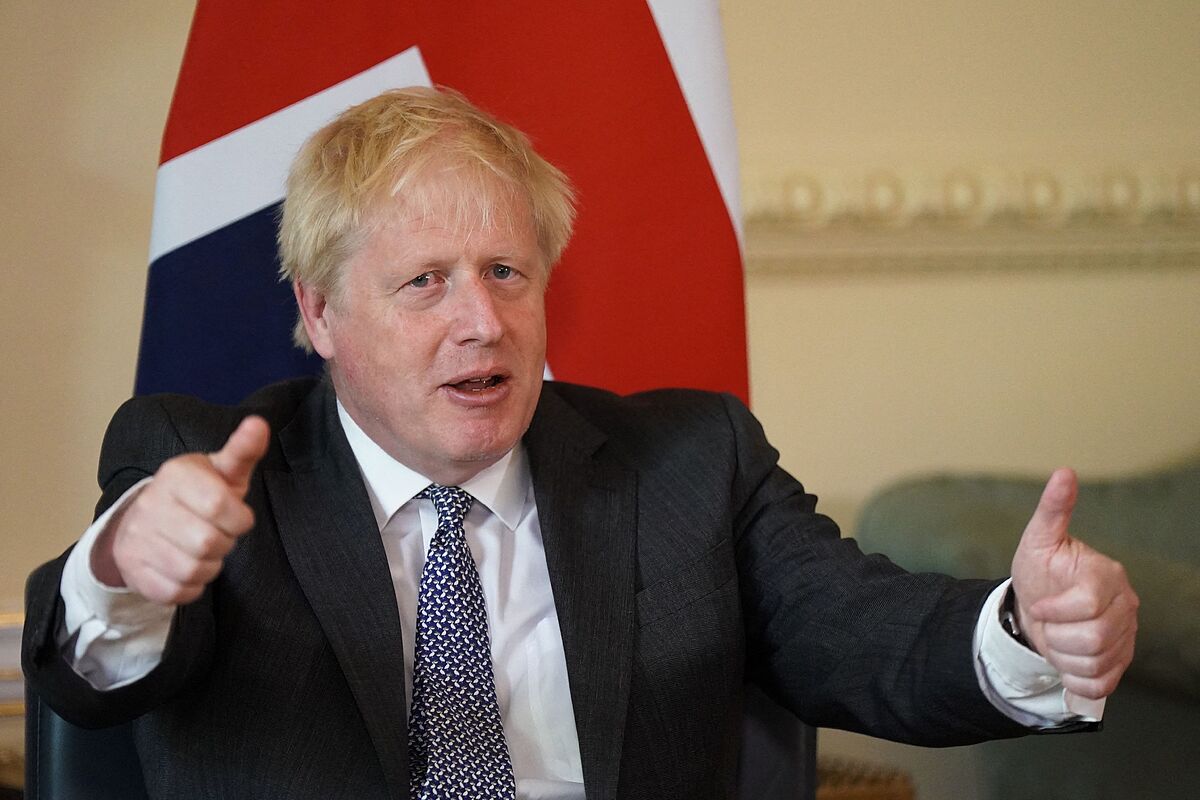 "Unilateral actions are detrimental to mutual trust and a formula for uncertainty."

Relations between the EU and the UK are at their lowest point in a long time, years, perhaps, rather than months.

Despite this and the seriousness of the British challenge consummated this Monday, brazenly ignoring international treaties, the response from Brussels is marked more by fatigue than by anger or indignation.

The first time that the 27 and the institutions discovered that the United Kingdom was not what they had always thought and feared, there was surprise.

Now nothing is surprising, no matter how unthinkable it was shortly before.

presented its legislative plan on Monday to

kill, with a stroke of the pen, the Northern Ireland Protocol

, the formula that took endless meetings and negotiations to outline to avoid a hard border between the two Irelands and put the Agreements at risk Good Friday and guarantee security and supply in the area after Brexit.

The decision was British, as Theresa May and Johnson, hostages of the DUP, the unionist party, could not accept the other options that were always on the table.

The DUP feared that an agreement that would make Northern Ireland a unique and different piece in the United Kingdom would have irreparable consequences in the medium term, and they forced a hybrid, a legislative, supervisory and control monstrosity that few expected would really work.

It wasn't the best option, and hardly a good one, but it was the only possible one.

London had shown that it was not to be trusted

, that it could perfectly breach parts of what was signed and look for all kinds of stratagems to delay its entry into force or its scope.

But this time it has gone further, taking advantage of the fact that the attention of Europe, and the entire world, is elsewhere.

The look of the correspondent.

Rampage in Downing Street: "Everyone drank nonstop, the party went on for hours"

Rampage in Downing Street: "Everyone drank nonstop, the party went on for hours"

Brussels will shortly present more practical details that, according to Vice President Maros Sefcovic, "will show that there are solutions to the issues that concern the people and businesses of Northern Ireland."

And he has warned that the trade agreement signed after Brexit with London, negotiated in record time, is inevitably linked to the Withdrawal Agreement and, therefore, to the Irish protocol.

"We recall today that

. What the United Kingdom did undermines confidence in bilateral cooperation within the framework of that Agreement. We ask the British government to collaborate to find common solutions" , has subtly warned.

After weeks of threats there has been nothing unexpected and the institutions were prepared.

They've actually been ready since October, when Johnson and his toughest team seemed convinced they were about to kill Protocol.

And even more so since

the elections that have led the Irish nationalists to victory

, unleashing nervousness in the unionist ranks and in Downing Street.

“I have spoken to Liz Truss this morning and she has briefed me on the legislation to unilaterally waive the Protocol. The EU has always paid the utmost attention to the impact of Brexit on Northern Ireland by offering workable solutions. Unilateral action is damaging to confidence mutual and a formula for uncertainty", lamented this Monday the community vice president and head of negotiations with London since the consummation of Brexit, Maros Sefcovic.

"I have spoken to Maros Sefcovic and we are on the same page. The EU remains interested in finding a negotiated solution through compromise, but we need a partner who is willing to meet us halfway! Unfortunately, the UK Government has gone ahead with unilateral action to break an international agreement," said Irish Foreign Minister Simon Coveney.

"The EU will remain calm, we will remain united. There will be no renegotiation of the Protocol"

, close to Macron and the head of the European Parliament delegation that follows these issues.

"Respected governments do not violate international law. As responsible politicians, we must find solutions when there are problems, not invent problems when there are solutions," she added.

The week is unique in Brussels.

There is little doubt about the impact of the British unilateral changes, but more about the reaction.

The College of Commissioners usually meets on Wednesdays, and the initial response should come from there, but President

is away and the meeting will be held on Friday.

And replicas are expected.

"We note with great concern today's decision by the UK Government to table legislation that fails to implement the core elements of the Protocol. Unilateral action is detrimental to mutual trust. The Commission will now assess the UK Bill As a first step, the Commission will consider continuing the infringement procedure launched against the UK government in March 2021. We suspended this legal action in September 2021 in a spirit of constructive cooperation to create the space to seek joint solutions. Unilateral action by the UK goes directly against this spirit," Sefcovic said, adding that

the Commission is not ruling out "further legal action