Just a week ago, it was announced that the footballer Jota Peleteiro is going to be the new owner of SD Compostela. The historical team of Santiago de Compostela, which had... 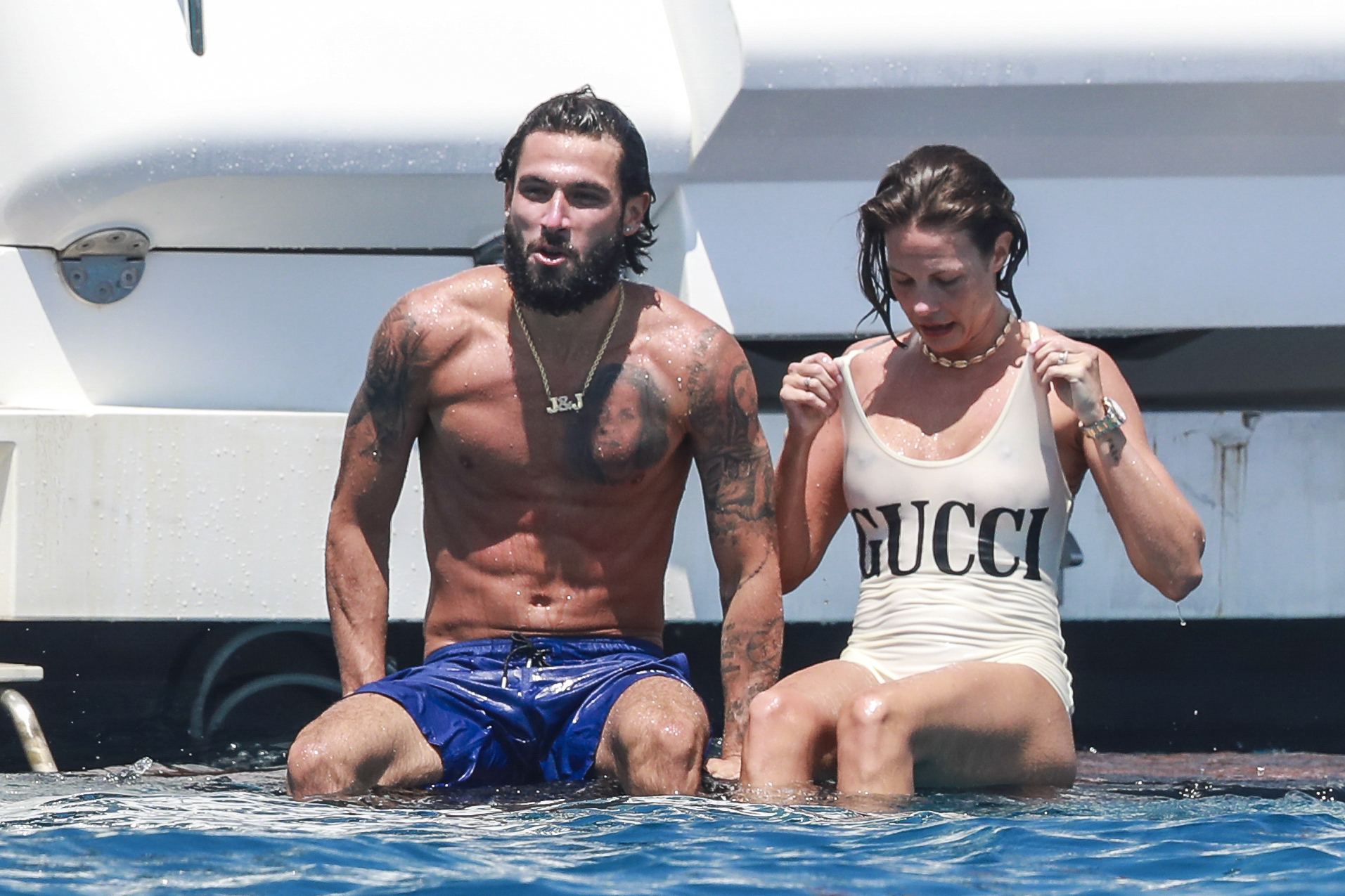 Just a week ago, it was announced that the footballer Jota Peleteiro is going to be

the new owner of SD Compostela.

The historic team from Santiago de Compostela, which had been led by Antonio Quinteiro for eleven years in a row,

has been acquired by the Galician footballer

in a transaction whose numbers are unknown.

What is known is that José Ignacio Peleteiro Ramallo (Pobra do Caramiñal, 1991) is very clear about the project of this club that currently plays in the RFEF second division.

in San Lázaro as one of the squad.

Work that he would combine with his office tasks.

The footballer, who left the ranks of Eibar in 2011, seeks to have a club in his hands, but also on his feet.

But that is not an impediment for a person who has always combined his business with his passion for football.

Jota Peleteiro's wife for more than a decade

and mother of his two children.

The model rose to fame due to her relationship with Kiko Rivera, who is also the father of her first child.

she and Jota live a more discreet and familiar existence

than the one she was able to experience during her brief courtship with the DJ.

has found stability and calm

Despite the difficulties that Jota has gone through to succeed in the sport, the Real Club Celta youth squad

is a better match for Paquirrín's ex

According to the portal Transfers, the player earns approximately

thanks to having entered a

with his last card.

From a family of entrepreneurs,

Through one of them, Rammalloc Sports Sociedad Limitada, he has acquired SD Compostela.

Club that has a value of 2.1 million euros

Dedicated to the management of sports facilities

, Ramalloc Sports SL was registered in May 2022

in the province of Bizkaia, where the player currently resides with his family.

In a spacious country house on the outskirts of the city of Bilbao,

Jessica and Jota raise the family's children together.

The president of Compos is the father of

José Ignacio, who is six years old, and Alejandro,

However, the player has always raised the firstborn of his wife, Francisco, with the same love.

boy is the result of the relationship that Kiko Rivera had with the Sevillian.

Romance that was interrupted due to alleged

shortly before the birth of her offspring.

However, the pride that Jota shows in social networks towards little Francisco, whom he always integrates in photos with his brothers,

does not usually sit well with Paquirrín

The DJ has always wanted to be close to his little girl and has often felt left out as a father figure.

Coming to express his discontent with this situation towards the footballer through networks.

"That's my son Francisco Rivera. Upload photos of yours.

If there is a next time, I will no longer ask you in a good manner. Thank you," he wrote in 2016 in an Instagram post where the athlete shared

photos of all the children in his house .

Of course, with his face hidden to preserve his privacy.

During the years in which Jota left Spain to play in the English second division,

Kiko Rivera started a lawsuit to have custody of his son

and prevent the child from going to live far from him.

But she didn't make it.

got married to fully strengthen their relationship.

Today, everyone maintains a

more cordial relationship and the father can often see his son.

when the Galician played on loan at Castilla.

In the Real Madrid quarry, the Sevillian found her most precious jewel.

With a man to cry about,

the model was able to forget about her broken relationship with Paquirrín.

The DJ, then trapped in a life of excess, ended up with the mother of his son in 2011.

Jessica had met Kiko in Survivors 2011

and had an intense relationship with him that lasted a year.

An abortion first and

marked the final destiny of the couple.

But while the young woman was able to

rediscover the mental and economic stability

After a short time, the son of Isabel Pantoja did not have his path so clear.

Despite being wrapped in the diapers of fame and coming from a talented family,

Kiko Rivera didn't find his calling until too late.

Before achieving musical success as a national DJ, the son of Isabel Pantoja and the bullfighter Paquirri tried various professions.

Aware of his lack of voice for singing and lack of skill for the cape,

he tried to join the Madrid subsidiary.

But he did not turn out to be a footballer of the stature of Jota Peleteiro,

he did not even pass the tests.

Although it was not for the Ballon d'Or,

Kiko was a golden bachelor for years.

His naturalness and grace gave him several spaces on television.

But, as it would be known later,

he did not know how to manage the money he earned

in front of the cameras.

Alongside the mixing desk, he carved out a more prosperous career.

state pension for a while.

Since 2016, he has been married to Irene Rosales and it seems that he is still taking off now.