Stripped of its European title, Toulouse clings to its Brennus shield: the outgoing champion qualified for the semi-finals of the Top 14 thanks to an authoritative victory on Saturday in the play-off against… 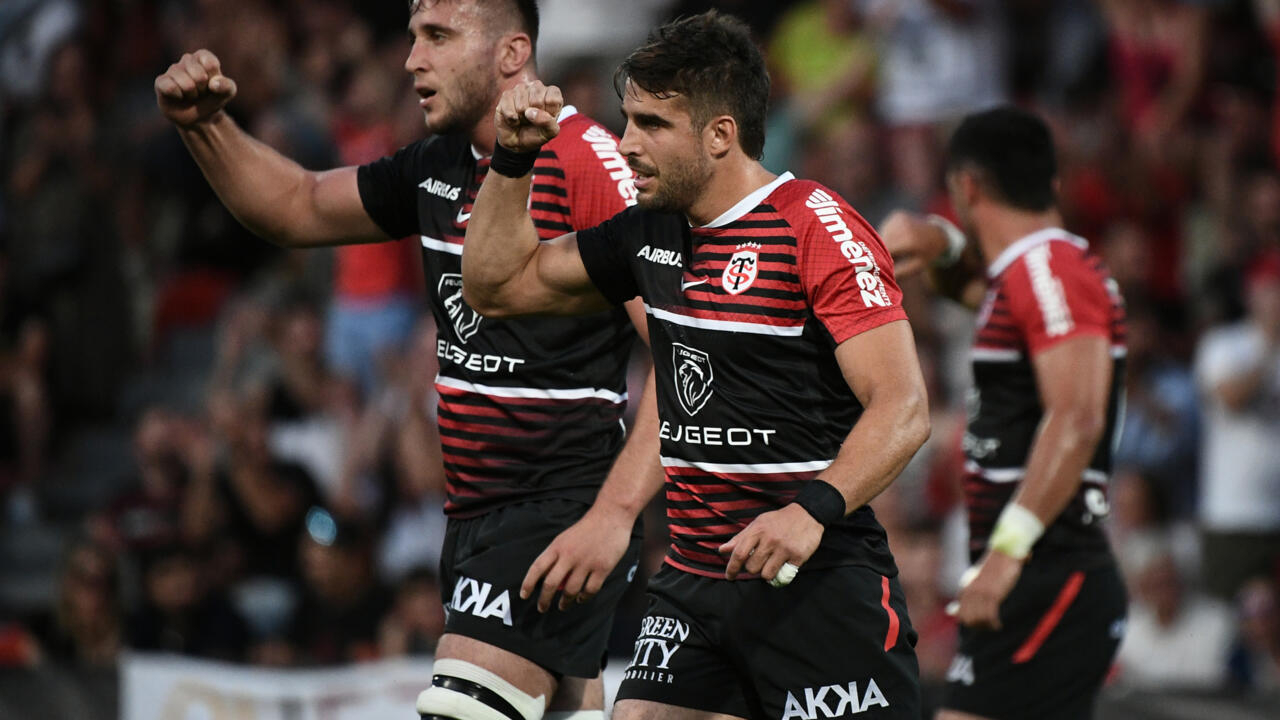 Seven out of seven!

The Toulouse Stadium, put into orbit by a great Antoine Dupont, chained a seventh consecutive success against the new European champion, too blunt to catch up with his failed start despite a burst of pride in the last moments.

The Haut-Garonne club will find in the last four, next week in Nice, another old acquaintance: its Castres neighbor, first in the regular phase.

After having chained high intensity matches in recent weeks, the Rochelais did not have the weapons to compete with this Toulouse.

The celebrations of the first European coronation in their history, on May 28 against Leinster (24-21), may have also left traces in people's minds, with a feeling of accomplishment which does not necessarily encourage them to return to forehead.

Stung in their pride after their heavy defeat in the semi-final of the European Cup against these same Irishmen from Leinster (40-17), the Toulouse people have given their hearts to work to retain their other title.

Their coach, Ugo Mola, said he was surprised during the week at the freshness of his troops at this time of the season.

It wasn't a bluff.

In the furnace of Ernest-Wallon, where the temperature was still around 30°C at kick-off, at the start of the evening, his players, full of desire, started at a very high pace.

And as often, it was Dupont who was responsible for lighting the first wicks.

The best world player of the year 2021 gave his team a decisive advantage in two stages and a few beautiful moves (15-0 after 18 minutes).

Well found inside by international hooker Peato Mauvaka, preferred in the starting XV to Julien Marchand, the scrum half first offered himself, with a kick over for himself, a breakthrough concluded by the Pierre Fouyssac center.

He then personally took on the task of flattening the Red and Blacks' second try in a corner, five minutes later, after making the Rochelle opener Ihaia West dizzy, author of a very complicated start to the match.

Neither the exit on injury, from the 20th minute, of the third line international François Cros, nor the tries in force of the third lines Wiaan Liebenberg (26th) and Grégory Alldritt (56th), were not enough to stop the superiority of Toulouse.

Less sovereign in the second act, Toulouse still managed to score two more tries, thanks to the Argentinian Juan Cruz Mallia, who had already scored last year in the European Cup final, and Romain Ntamack.

Argentine winger from Toulouse Juan Cruz Mallia is tackled by a player from La Rochelle, during their Top 14 play-off match, on June 11, 2022 at the Stade Ernest Wallon Valentine CHAPUIS AFP

The two tries at the very end of the match by Pierre Bourgarit (79th) and Jules Favre (80+1) allowed La Rochelle to save appearances in this duel between the last two winners of the European Cup, a new rugby classic French.

After having already crushed Biarritz (80-7) during the 26th and last day, the Toulousains will present themselves in full confidence in the semi-final against Castres.

For La Rochelle, the season is still successful with its first continental trophy.

The club at La Caravelle, after its two lost finals last year (European Cup and championship), has entered the big leagues for good.

And with the recruitment made for next season (Antoine Hastoy, Yoan Tanga, Teddy Thomas ...), he is not necessarily ready to get out.