Threats to the Burjassot minor: "If they put us in the center because of you, you're going to shit yourself"

Up to "seven printed pages with part of the conversations on Instagram, as well as a page with the one received by WhatsApp". With "threats" like the one below:... 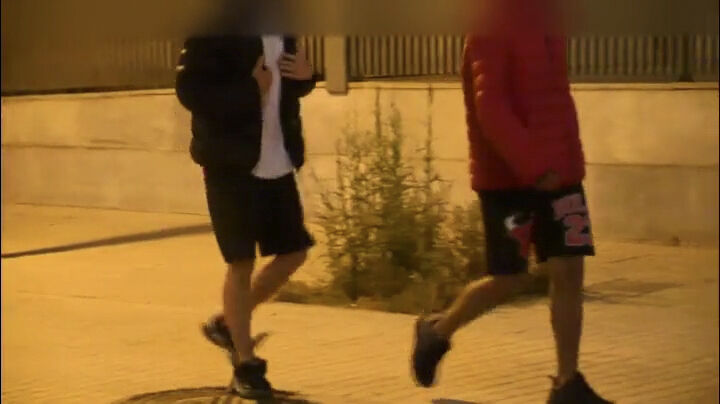 Up to "seven printed pages with part of the conversations on Instagram, as well as a page with the one received by WhatsApp."

With "threats" like the following: "YK YOU ARE DENOUNCING WHEN IT'S NOT OUR FAULT YOU'RE A WHORE AND GO PASSING YOUR VIDEO AND BECAUSE OF YOUR FAULT WE HAVE TO PAY FOR IT BECAUSE YOU'RE ONLY WARNED ABOUT K IF THEY PUT US INTO THE CENTER BECAUSE OF YOU BLAME YOU'RE GOING TO SHIT BITCH THE BEATING K THEY ARE GOING TO HIT YOU IS NOT GOING TO BE NORMAL".

Lines like these are the ones that the minor A

receives in her social networks

who, on May 16, denounced an alleged group sexual assault in

(Valencia) -another minor was also allegedly raped-, after which five minors were arrested and, days later, an adult.

This Thursday, the defense of the minor sent a judicial document in which it exonerated three of the detainees and, at the same time, requested the "recognition" and identification of three more individuals.

And on May 24, a week after the first complaint, the minor's lawyer,

filed a second one for the "threats she has been receiving since she reported sexual assault carried out by various males.

And a video also circulates in which "there is a conversation in which the names and surnames of the complainant and two of her friends can be heard perfectly."

On this, the minor explains that "the voices are manipulated, since the original conversation does not coincide with the one that she has reached the denouncer."

"When asked about this, she says that she is afraid that they will carry out her threats," the complaint that A refers to states. And that "given that all the aggressors are of the Roma ethnic group and that she is unaware of the relationship they may have with the Roma who reside in the town of

, fears possible reprisals wherever they come from".

The minor also points out that "she did not answer any of the insults or threats", and that "in the WhatsApp conversation she asked who was the person who wrote to her, since the number from which they wrote to her does not belong to any of the contacts what's on your agenda."

A.'s defense indicates that "a revictimization" would be taking place and also that the minor "is not receiving psychological treatment" three weeks after the alleged multiple sexual assault.

Station , in Valencia", where "some uniformed officers told them that it was better to go to the Police Station where they initially denounced the facts that gave rise to these threats".

That is to say, that they return to Burjassot, where the minors who are on probation and who allegedly committed the gang rape live.

On those who fall from May 20, in addition, a restraining order.

Place to which, according to the sources consulted by this newspaper, "the minor A. was reluctant to go."

The mother "came to contact by telephone the police offices [in Burjassot], to find out the steps to follow to file this complaint, where they told her that she could file a complaint at any Police Station of the National Police Corps, as well as at those of the Civil Guard or Guard Court".

Something that did not happen because it was not admitted for processing neither in Torrente nor in Ruzafa and that forced the minor and her mother to go to the scene again.

For the same reasons, A.'s defense alludes to the fact that it took days to present the court document that on Thursday exonerated three of the minors on probation and implicated three more men, of whom it is currently unknown if they are older. or minors.

The adult detained on Wednesday, on the other hand, has already been released but with a restraining order for the minor, despite the fact that in her last statement she claimed not to identify him as an aggressor.

Regarding the first complaint of "sexual assault" on May 17, according to the documentation to which EL MUNDO has had access.

It is recorded that "the minor A. met the also minor A., ​​through the Instagram application approximately a week ago, having met with her on the 14th, another girl named C. attending the same appointment, meeting in person that the same day".

And he continues: "That the three together moved to the Burjassot-Godella metro station, where A. [victim of non-group rape] had stayed with three boys whom he met on Instagram and whom he had only seen the day previous".