On both sides of the conflict in Ukraine.. NATO summit in Bucharest and a meeting sponsored by Russia in Yerevan

Leaders of the eastern wing of NATO agreed during a summit in Romania that Russia's war in Ukraine undermines peace in Europe, while Russia considered during a meeting of the Collective Security Treaty Organization in Armenia that the alliance does not decide the fate of Europe. 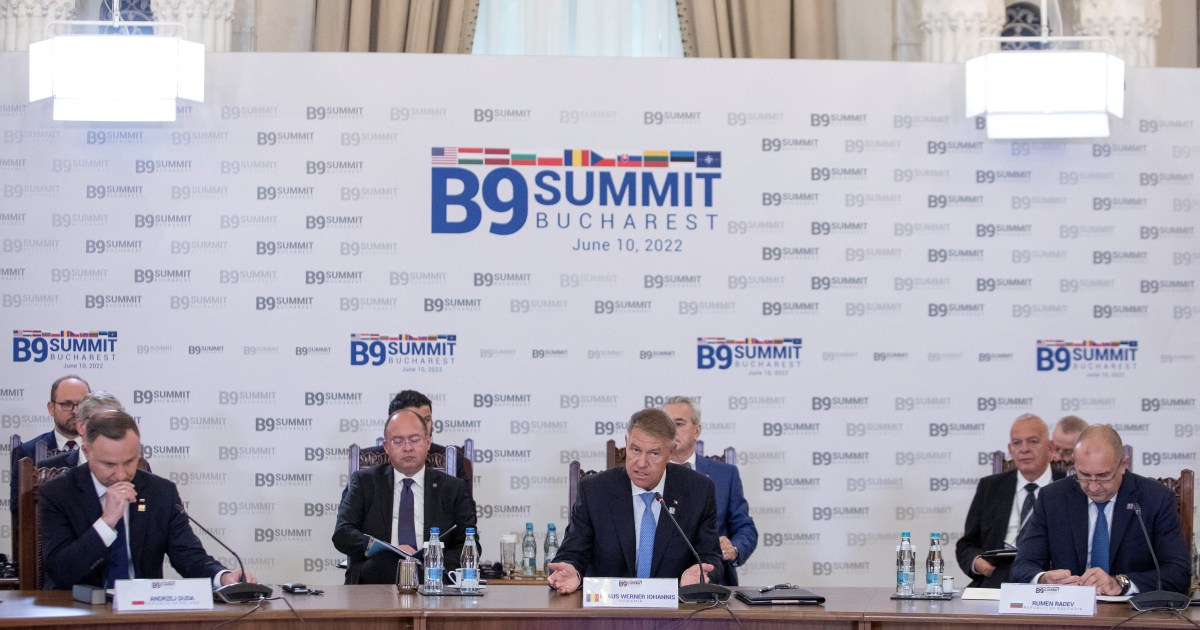 After the summit of the nine, which brings together the countries of the "eastern flank" of the North Atlantic Treaty Organization (NATO) in the Romanian capital Bucharest, the participants agreed on a joint statement stating that Russia's war against Ukraine has undermined peace in Europe.

The statement strongly condemned the "unjustified Russian aggression" against Ukraine with the complicity of Belarus, and called on Russia to change its aggressive behavior and withdraw its forces from Ukraine, as he put it.

Also participating in the remote summit was NATO Secretary-General Jens Stoltenberg, who said in a speech that the alliance should intensify its support for Ukraine, strengthen its deterrence and defense capabilities, as well as strengthen relations with "like-minded" partners.

We must step up support for #Ukraine, strengthen our deterrence & defence, and boost ties with like-minded partners.

Mircea Jiwana, Deputy Secretary-General of NATO, confirmed that the alliance countries are confident that Sweden and Finland will join the NATO system.

Jiwana added that the alliance had no indications of a Russian aggressive move against these two countries.

This summit came in the context of mounting fears that the countries of the eastern wing of the alliance have been living in since the start of the Russian war on Ukraine.

Meanwhile, Ukrainian President Volodymyr Zelensky renewed his country's demand to speed up Ukraine's inclusion in the European Union, considering that the European system may lose if words are not converted into actions.

In a speech to the Copenhagen Summit for Democracy organized by the Alliance of Democracies today, Zelensky asked why the European Union left his country in the "grey zone" between the bloc and Russia, after the results of a poll showed that 71% of Europeans consider Ukrainians "part of the family." European".

In contrast to the Bucharest summit, the Armenian capital Yerevan witnessed a meeting of the countries of the Collective Security Treaty Organization sponsored by Russia, which concluded that the ministers of the group affirmed their commitment to what they called the principle of non-exclusion of security.

After the meeting, Russian Foreign Minister Sergei Lavrov said that everyone understands that NATO cannot decide the fate of Europe, stressing that Russia is open to dialogue with the West, but tango needs two people, as he put it.

Regarding the Ukrainian sanctions against the Russian leadership, Lavrov said that "this step is not worth any step from Moscow."

The meeting was attended by the foreign ministers of the member states of the Collective Security Treaty Organization, which includes Russia, Armenia, Kyrgyzstan, Kazakhstan, Belarus and Tajikistan.

The CSTO was established in 2002. It does not provide for the formation of a military alliance, but it does provide a mechanism for coordinating action to ensure collective security and territorial integrity of member states.