The Turkish lira is falling again against the dollar

The Turkish lira fell to 17.20 against the dollar on Thursday, falling for the fourth consecutive session, heading towards record lows. 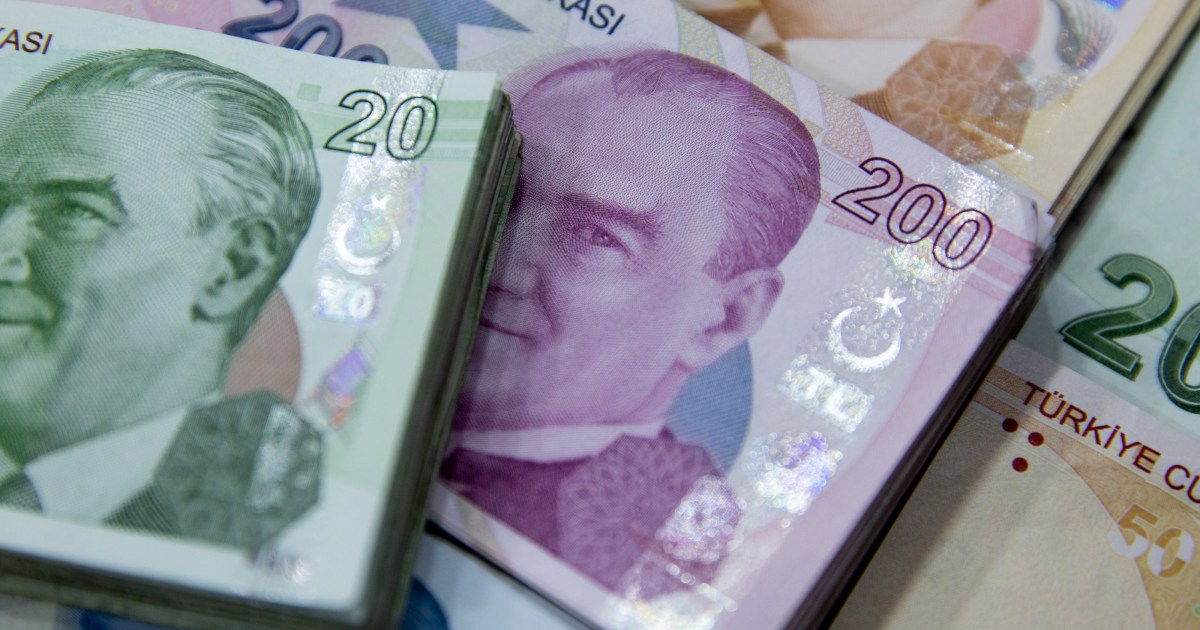 The Turkish lira fell to 17.20 against the dollar on Thursday, falling for the fourth consecutive session, heading towards record lows hit in December after a series of unconventional interest rate cuts.

By 05:27 UTC, the lira recorded 17.1975, a slightly weaker level compared to yesterday's close at 17.17, and the Turkish currency lost 23% of its value against its American counterpart this year after a 44% drop last year.

This comes at a time when Finance Minister Noureddine Nabati said - during a speech to members of parliament from the ruling Justice and Development Party - that his country is not considering reducing or raising interest rates in the near term.

This came in data published by the Statistics Authority, on Friday, indicating an increase in the producer price index, during May, by 8.76% on a monthly basis, and by 132.16% on an annual basis.