The NGO SOS Méditerranée calls for the urgent adoption of a European solidarity mechanism to avoid blockages of migrants lying at sea. This call comes on the eve of a council… 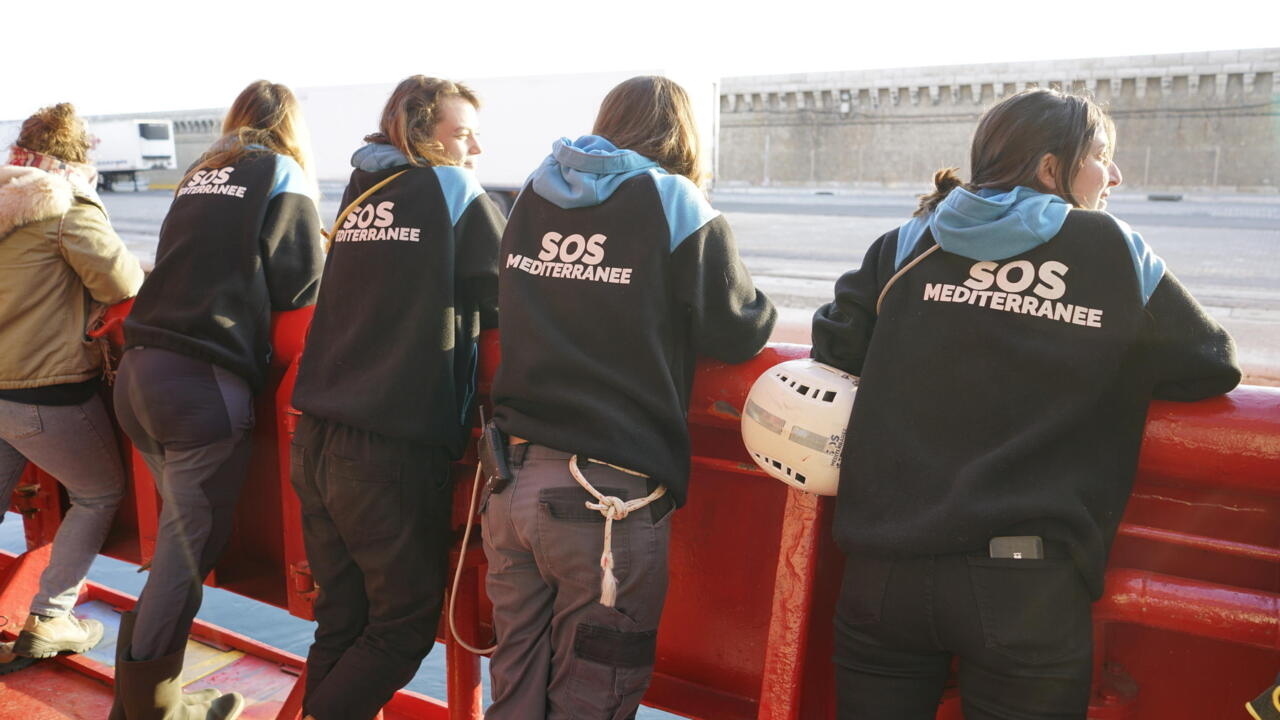 A team from the NGO SOS Méditerranée.

The NGO SOS Méditerranée calls for the urgent adoption of a European solidarity mechanism to avoid blockages of migrants lying at sea. This call comes on the eve of a European Council of Interior Ministers and Justice scheduled for Thursday and Friday, under the French presidency of the European Union, which had set itself the task of advancing discussions on migration issues.

The NGO SOS Méditerranée, which has rescued nearly 1,000 migrants in distress at sea since the start of the year, called on Wednesday June 8 for

the urgent adoption of a

European solidarity mechanism to avoid the long blockage. on board already traumatized people.

", pleaded the founder of SOS Méditerranée, Sophie Beau, aboard

, the humanitarian ship chartered by the NGO in partnership with the International Federation of Red Cross and Red Crescent Societies (IFRC).

Long blockages in the #centralMed ahead of the summer could lead to more deaths at sea.

to ensure respect of maritime law & dignity of survivors.

In May, on her last mission to the central Mediterranean, one of the deadliest migration routes in the world, the

rescued some 300 people, including a three-month-old baby and six pregnant women, but had to wait ten days before being designated a safe port, in Sicily (Italy), to disembark these survivors.

Every year, thousands of people fleeing conflict or poverty try to reach Europe by crossing the Mediterranean from Libya, whose coasts are some 300 kilometers from Italy.

It is absolutely necessary that there be a mechanism of solidarity which is put in place, which is foreseeable, that is to say that we know in advance where people will be oriented, once they will be landed in a safe port

”, generally in Italy or Malta, countries on the front line, pleaded Sophie Beau in Marseille, where the headquarters of the NGO is based.

The Italian authorities need to be able to know how many people are going to be sent to such and such a country, and in advance, so that there are no case-by-case discussions for each rescue as is the case. case today

," with blockages stretching out to sea, she continued.

This blockage at sea is obviously a lot of psychological suffering for the people stranded on board, as illustrated by this person who jumped into the water during the last rotation

Covid is changing the game

In autumn 2019, a small number of EU countries had supported a temporary mechanism for the distribution of asylum seekers and migrants rescued at sea to help Italy and Malta cope with arrivals and to avoid the long blockages at sea of ​​rescue vessels.

saw countries like France, Germany, but also Portugal or Ireland commit, alongside Italy and Malta, to receiving some of the migrants disembarked in Italian or Maltese ports.

But the Covid epidemic has turned the situation upside down and SOS Méditerranée supports the relaunch of a predictable and sustainable mechanism.

,” said Sophie Beau, stressing that the number of people rescued in the Mediterranean is much lower.

Since the beginning of the current year, 17,000 arrivals of migrants crossing from Africa have been registered in Italy, according to the Italian Interior Ministry.