More than 650 migrants received a document on Wednesday authorizing their presence in Mexico for 30 days without fear of deportation, an official source said. 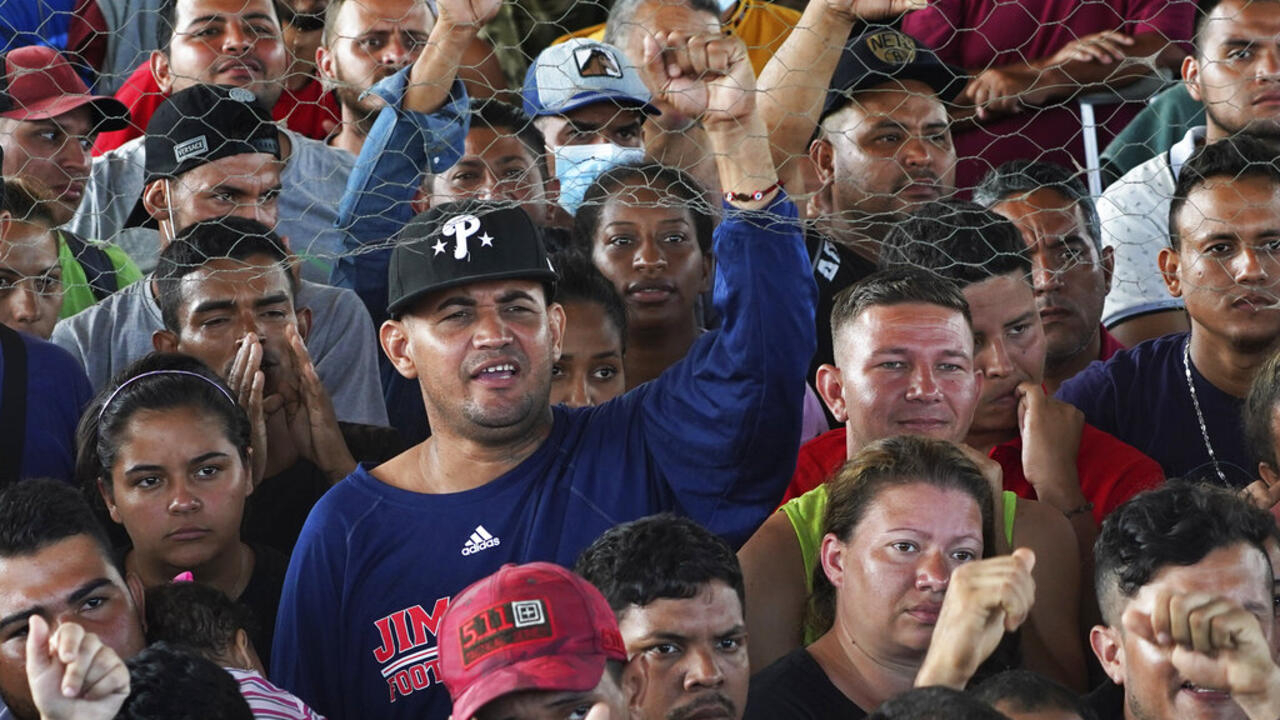 Men and women, mostly from Central America and Venezuela, attend an assembly at a sports complex in Huixtla, in the state of Chiapas, Mexico, Wednesday, June 8, 2022. AP - Marco Ugarte

More than 650 migrants received a document on Wednesday authorizing their presence in Mexico for 30 days without fear of deportation, an official source said.

Hundreds of illegal immigrants who entered Mexico with the aim of going to the United States began to receive documents on Wednesday legalizing their presence for thirty days on Mexican soil, without fear of being deported.

In Huixtla, a town in southern Mexico, tens of thousands of undocumented migrants from Central America are camping in a makeshift reception center while they wait for overwhelmed Mexican authorities to issue them temporary visas.

Huixtla is only on the first leg of their journey from

, on the border with Guatemala, where they left on Monday.

” of several thousand migrants, mostly Venezuelans, many with families, continues its slow progress towards the United States, more than 3,000 km further north, as Los Angeles hosts the

Summit of the Americas

with the issue of migration particularly on the agenda.

The heads of state of Guatemala, Bolivia and Honduras will also not be represented.

US President Joe Biden hopes to conclude at this summit a regional cooperation agreement on immigration, a major domestic political issue in the run-up to the mid-term elections.

► Listen again to the Journal of Haiti and the Americas:

A summit of the Americas badly embarked

A long-standing point of tension

According to Joe Biden, summit participants will make "

opportunities for safe and orderly migration

crack down on human trafficking.  "

” of migrants crossing Mexico have been subjects of tension with the United States since the time of American President Donald Trump (2017-2021).

who tries to set foot on the American side after crossing the Rio Grande caused international outrage.

Since then, the number of people seeking to enter the United States after fleeing poverty and violence in Central America and Haiti has been steadily rising for months, although "

", a health measure introduced in the spring of 2020 in name of the fight against Covid-19, and on the basis of a law dating from the end of the 19th century, blocks migrants at the land borders of the United States.