The Canadian government on Wednesday appointed a special interlocutor for the management of the scandal of residential schools for Aboriginals, a year after the first discoveries of anonymous graves of children... 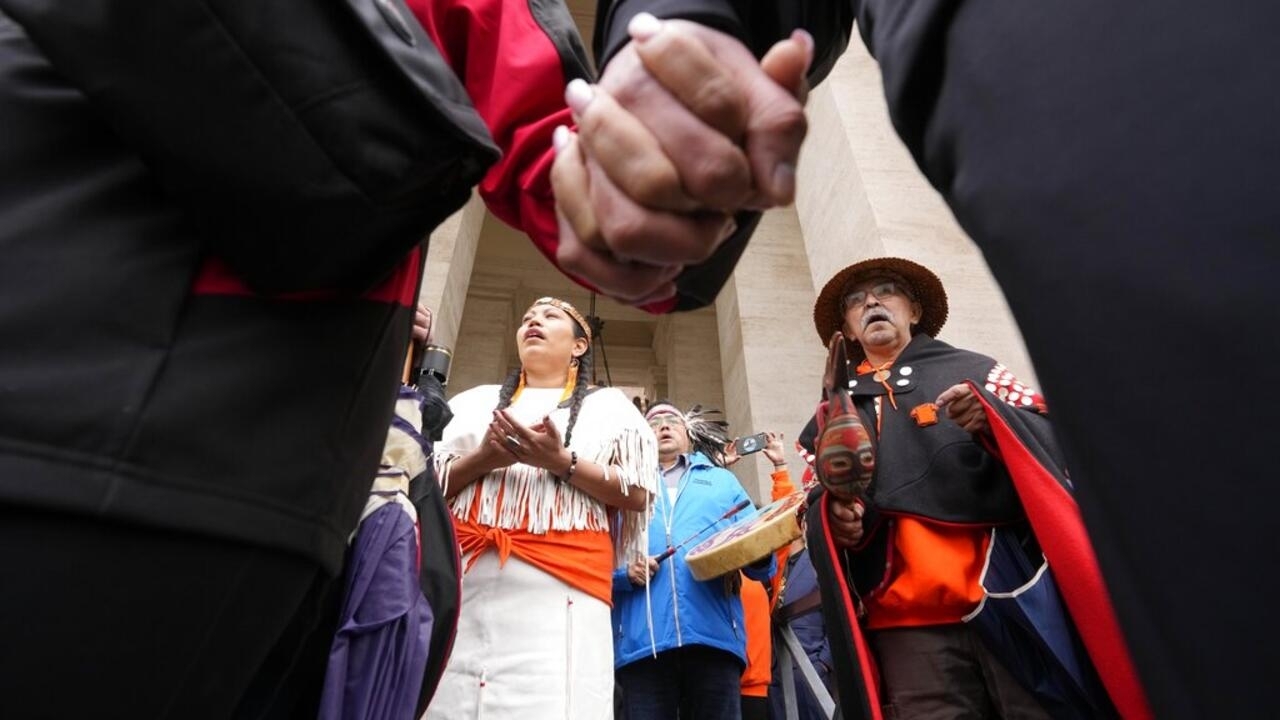 Members of the Assembly of First Nations (AFN) sing a traditional song in front of St. Peter's Square during a meeting with Pope Francis at the Vatican, Thursday, March 31, 2022. AP - Andrew Medichini

The Canadian government on Wednesday appointed a special interlocutor for the management of the residential school scandal for Aboriginals, a year after the first discoveries of unmarked children's graves which shed light on a dark page in the country's colonial history.

With our correspondent in Toronto,

The Canadian government appoints Kimberly Murray of the Mohawk community of Kanesatake in Quebec as a special interlocutor on the Indian residential schools file, where she will be responsible, among other things, for making the link between governments, communities and Indigenous organizations regarding "

the identification, the preservation and protection of graves and unmarked graves, including the possible repatriation of remains

Nearly ten months after announcing the creation of this position, this

, because it was she who led, in 2015, a commission devoted to the residential school system, described as cultural genocide. .

Rosanne Casimir, chief of the

First Nation in Kamloops, where the first graves were discovered in May 2021, triggering searches across the country near residential schools, says the gesture demonstrates that "

" of the Canadian government vis-à-vis the

It will connect communities and government, and facilitate conversations pic.twitter.com/o4nCX02LCw

More than 150,000 Indigenous children were

forced to attend these Catholic Church-run,

government-funded schools between 1870 and 1997. For more than a year, Canada has been rocked by the

discoveries of more than 1,300 graves of anonymous children

, found on the sites of these former boarding schools.

Between the end of the 19th century and the 1980s, some 150,000 Indigenous children were forcibly recruited into more than 130 residential schools across the country, where they were cut off from their families, their language and their culture, and where they were victims of abuse.

Beginning in mid-June, Kimberly Murray will work with victims and affected Indigenous communities.

She will be in charge of establishing links between provincial governments, communities and Aboriginal organizations, in order to recommend a legal framework to the Canadian government for the treatment of cases of missing children, graves and unmarked burials.

This work, which will take place independently, should last two years with a first provisional report within a year.

► To read also: Visit of Pope Francis to Canada: a course contested by the First Nations