In Canada, ice hockey is king, but there are few queens. In many regions, women's teams do not exist and there is no women's professional championship. But they are... 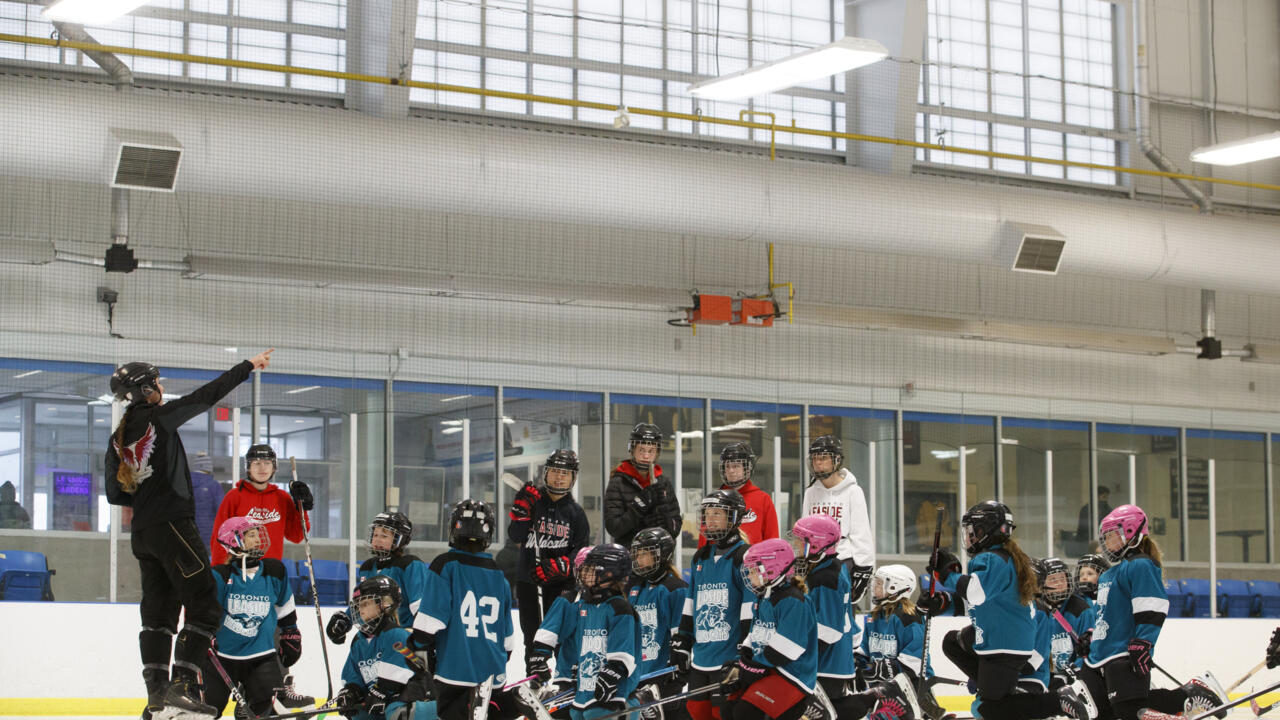 "The next five years will catch up with the last fifteen. I think it's time," wants to believe Danièle Sauvageau, former coach of the Canadian national team and now director of the high performance center.

It's quite the paradox, despite another Olympic gold medal in Beijing last February, Canadian female hockey players are still not very visible in their country and hockey remains mainly a sport for men.

Women still represent less than 20% of practitioners in Canada (less than 10% in Quebec).

The introduction, in 2017, of a form of salary in the Canadian Women's Hockey League (CWHL) could have marked a turning point.

But barely two years later, the announcement of its bankruptcy put an end to the professionalization movement that seemed to have begun.

"We come back to the forefront with the Olympic Games. But everything has to be redone every four years," regrets Marie-Philip Poulin, captain of the Canadian team and three-time Olympic champion.

In May 2019, she founded, with other Canadian and American players, the Professional Women's Hockey Players Association (PWHPA).

Their goal: to create a North American league where players would be paid as professionals without having to work on the side.

"We believe in it. We are fighting to create a league not only for ourselves, but for the next generations of players. It takes patience," she adds.

In women's clubs, young girls know little about these champions.

"People's perception remains that hockey is more for boys, but that is slowly changing," said Kim McCullough, head of a Toronto women's club.

According to a recent poll, more than 92% of Canadians believe that girls should be encouraged to play sports as much as boys, but more than 33% still consider that certain sports are not suitable for women.

But in recent years, "we have seen an increase in female players at all levels and that's great, because the more female players we have, the better it is for our sport", adds this coach, red cap of the national team on the head.

On the ice, beginners aged 7 to 14, green or pink jerseys on their backs, glide at full speed from one end of the rink to the other, forwards and backwards, under the watchful eyes of their parents, who immortalize the moment with their phone, sitting behind glass.

Jamie Bliss, 43, accompanied his daughter Kira, 12, to training: "It's great to have all the girls on the ice but also to have coaches who are women. I think it's It's great for them to see other women coaching them, cheering them on. It gives them confidence."

Having a role model is what motivated Hallae, 10 years old.

"I was inspired by my father's girlfriend, she did a lot of hockey," she says, adding that she loves the game and the competition.

At this all-girls club in Toronto, many say it makes them feel more comfortable.

"It's easier because sometimes some boys can be mean when you miss something," said eight-year-old Riley.

But unlike this club, not all provinces offer the opportunity for girls to play in women's teams to discover hockey.

In Quebec, most of the time the girls are integrated into the boys' teams.

A recent report, commissioned by the Quebec government on hockey in the French-speaking province, focused in particular on the promotion of women's hockey and advocates better supervision of players.

And for more women in strategic positions within Hockey Quebec.