The U.S. is in a hurry for energy, Japan calls for power saving... There is a "power shortage" in many countries

China News Service, June 9 (Xinhua) According to a comprehensive report, the summer in the northern hemisphere is approaching, and there is a situation of tight power supply in many countries. In Asia, the Japanese government has put forward power-saving requirements to households and businesses for the first time in seven years. Just the day before, the United States on the other side of the Pa 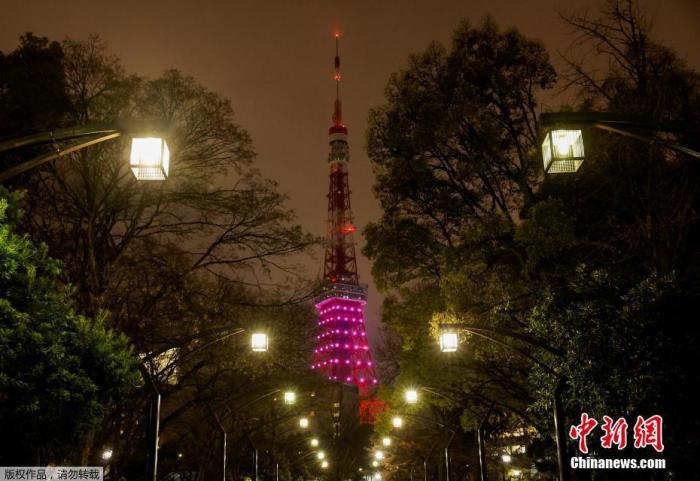 China News Service, June 9 (Xinhua) According to a comprehensive report, the summer in the northern hemisphere is approaching, and there is a situation of tight power supply in many countries.

In Asia, the Japanese government has put forward power-saving requirements to households and businesses for the first time in seven years.

Just the day before, the United States on the other side of the Pacific also declared an energy emergency.

Since the outbreak of the Russian-Ukrainian conflict, many European countries have continued to face the dilemma of rising energy prices and power shortages.

The analysis believes that the new crown epidemic is still spreading, frequent extreme weather conditions, shortage of fossil fuels and geopolitical conflicts have jointly caused the current situation of energy shortage in many countries.

Multinational power grids are overwhelmed, and people's living costs are even more burdened.

On March 22, local time, after the Japanese government issued an alert for power shortages in the capital and surrounding areas, only the lower half of Tokyo Tower was lit.

On June 7, the Japanese cabinet held a power supply and demand meeting for the first time in nearly five years. The meeting decided to call on households and businesses to save electricity from July 1 to September 30.

This is the first time in seven years since 2015 that Japan has issued a nationwide power-saving request.

The Japanese government has taken various measures to deal with the power crisis.

Including urging power companies to restart shutdown thermal power plants, and additional purchases of fuels such as liquefied natural gas.

In addition to maximizing the use of renewable energy to generate electricity, Japan also said it would maximize the use of nuclear power plants while ensuring safety.

In addition, Japan also advises its citizens to do everything they can to save electricity.

For example, turn off lights in unoccupied rooms and corridors, storefronts can be illuminated with partitions, etc.

Why does Japan call for power saving in summer?

One of the reasons is that the supply capacity of thermal power plants is declining.

In addition, due to the strong earthquake off the coast of Fukushima Prefecture on March 16, some power plants in Japan have not resumed operation after being damaged, which also affected the power supply.

On March 17, local time, after an earthquake occurred off the east coast of Honshu, Japan, houses in Tokyo's Toshima Ward suffered a power outage.

Despite various measures, the Asahi Shimbun said the Japanese government did not immediately take fundamental measures to increase power generation, and this dangerous situation is expected to continue this winter.

Japan's Chief Cabinet Secretary Hiroichi Matsuno also said that due to energy tensions at home and abroad, there will also be a shortage of power supply in winter.

The Japanese government expects that in January-February 2023, the power supply and demand situation will be more severe across the country.

The report pointed out that this will be the most serious "electricity shortage" since 2012.

In May, coal stocks in many places in India were running low, and the heat wave hit for several days, further exacerbating the power shortage.

About 75% of India's electricity comes from coal power generation. In response to the shortage of coal, India's largest coal producer has taken measures to increase production. The railway department temporarily suspended hundreds of passenger trains to free up capacity to transport coal.

Some experts have pointed out that the months before the monsoon season are often when India's coal-fired power plants build up coal stocks, and coal shortages during this period could mean a worse crisis later this year.

US declares state of emergency

Many countries such as Europe and the United States are also suffering from insufficient power supply.

On June 6, local time, US President Biden declared a state of emergency in a statement issued by the White House, saying that potential power supply shortages have endangered the national security and quality of life in the United States.

The Washington Post reported that the United States will not have enough power to survive the summer heatwave, which will put the country at risk of widespread blackouts.

It is estimated that in the summer of 2022, the western and midwestern regions of the United States may face the risk of power grid failure, causing losses to people's production and life.

The U.S. energy is in a hurry, and Biden pointed out at least two reasons in the statement: the disruption of the energy market caused by the conflict between Russia and Ukraine; and the impact of extreme weather events such as intensified climate change.

According to US media analysis, the reason for the power shortage in the United States is that, first, there are too many decommissioning of traditional power sources and insufficient supply of new power sources.

Second, the power grid facilities are seriously aging and have poor reliability.

Looking at Europe, European energy prices have risen sharply since 2021. Affected by the Russian-Ukrainian conflict and Western sanctions against Russia, energy prices in many European countries, including France and Germany, have continued to rise, and the power crisis is worsening.

French officials have called on people to save electricity and natural gas as early as the end of March to avoid facing energy shortages this winter.

In addition to the high energy prices caused by the conflict between Russia and Ukraine, the shutdown of several nuclear reactors in France has also affected energy production.

The analysis pointed out that, as the traditional largest power exporter in Europe, France is due to insufficient power supply, resulting in prices much higher than the market of neighboring countries. France may need to import power this winter.

On April 27, 2022, Gazprom's headquarters in St. Petersburg, in the center of Lakhta.

Separately, millions of British households could face power cuts this winter, according to a "reasonable" worst-case forecast by British government officials in response to the Russia-Ukraine conflict.

The Times said Britain could ration up to 6 million households in early 2023, mainly during morning and evening rush hours, if Russia cuts further energy supplies to the EU.

Reuters believes that record increases in energy prices, especially natural gas prices, have driven European electricity prices to multi-year highs, and this situation is unlikely to ease by the end of the year, which also shows that people's living costs will be reduced in this year's European winter. Stay high.