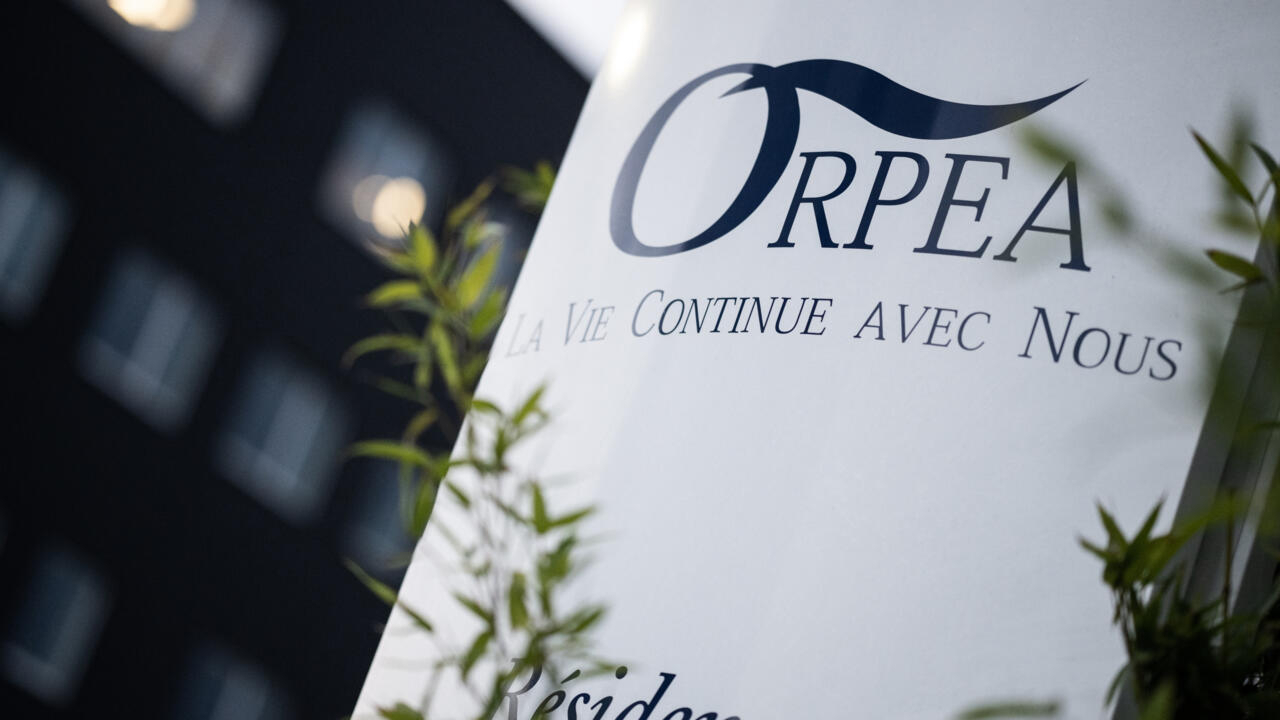 At 9:00 a.m., a dozen gendarmes from the Versailles Research Section and the Central Office for the Fight against Damage to the Environment and Public Health (OCLAESP) entered the company's headquarters in Puteaux ( Hauts-de-Seine), noted an AFP journalist.

The management of Orpea confirmed to AFP that a search was "in progress" at the headquarters and in its regional offices.

About 200 gendarmes were mobilized on these fifteen operations, indicated the Nanterre prosecutor's office, requested by AFP, including investigators from the command of the gendarmerie in cyberspace.

After the revelation of these searches, Orpea shares fell 3.13% on Wednesday on the Paris Stock Exchange.

According to another source close to the investigation, these searches aim to "carry out checks" in the investigation opened in April by the Nanterre prosecutor's office, after a report from the government following the publication of the book "Les Fossoyeurs" by Victor Castanet.

In this book published in January, the independent journalist denounced in particular the mistreatment of residents and the misuse of public funds.

These dysfunctions were partly confirmed in a report commissioned in the wake of the government, which demanded the restitution of public grants allegedly diverted from their purposes.

"Justice is finally taking the measure of this public health scandal", welcomed the announcement of the searches, lawyer Fabien Arakelian, representing several families who have filed a complaint in Nanterre and elsewhere in the country.

“Let’s hope this continues,” he added to AFP.

“We were trying to point the finger at dysfunctions, institutional abuse and today I hope with all my heart that this search will, at least, put the truth on all that has been lies for years”, declared to the AFP the CGT Orpea union representative at the end of a meeting with management on Wednesday.

Another investigation, in particular for abuse of corporate assets, separate from that which led to the searches, was opened in mid-May following a complaint against X filed by Orpea, AFP learned on Wednesday.

This complaint targets "past facts and operations (...) likely to raise questions with regard to the social interest of Orpea and discovered following internal investigations", according to the private group of Ehpad.

In addition to the investigation opened in April, Orpea has also been the subject of an investigation since February for "forgery and use of forgery and breach of labor legislation by abusively resorting to fixed-term contracts".

The proceedings have since been joined.

The investigators are also digging into numerous complaints: a good part of the salvo of the 80 complaints filed in April by Me Sarah Saldmann on behalf of residents' families, as well as other complaints, from other lawyers, and received even before the publication from the book "The Gravediggers".

"As part of these various investigations, (...) the investigations began with several hearings already carried out" and "give rise" to the searches on Wednesday, the Nanterre prosecution told AFP.

In addition, the former general manager of the group for more than ten years, Yves Le Masne, sacked at the end of January, was heard in free hearing Tuesday as part of an investigation opened by the national financial prosecutor's office (PNF) for " insider trading" concerning his resale of shares, shortly before the publication of Victor Castanet's book.

“The investigation is continuing,” soberly indicated the PNF on Wednesday, confirming the end of the hearing of the former leader on Tuesday.

Faced with numerous criticisms and inquiries, Orpea launched a "States General" in May to collect the grievances of its residents: around fifty establishments are thus organizing meetings within them, and a digital platform has been set up to receive suggestions.

Orpea has promised a report on these debates in the fall.

The scandal also affects a direct competitor of Orpea, Korian.

Thirty complaints targeting Ehpad Korian, in particular for "manslaughter", have been filed with a dozen prosecutors in several regions, lawyer Sarah Saldmann said on Tuesday.

These complaints against X come from 18 families of residents, for acts of "endangering the lives of others", "non-assistance to a person in danger" and "manslaughter".

The Korian group indicated in a press release that it "knows nothing of the content of these complaints and therefore cannot make any comment" and recalls that "all serious situations brought to (its) knowledge are dealt with and systematically declared to the authorities".

On Wednesday, the Korian title lost 9.51% on the Paris Bourse.