Netherlands: life sentence required for the assassination of a famous journalist

Life imprisonment was requested Tuesday in Amsterdam against the two suspects, on the first day of the trial of the assassination less than a year ago of a famous Dutch journalist… 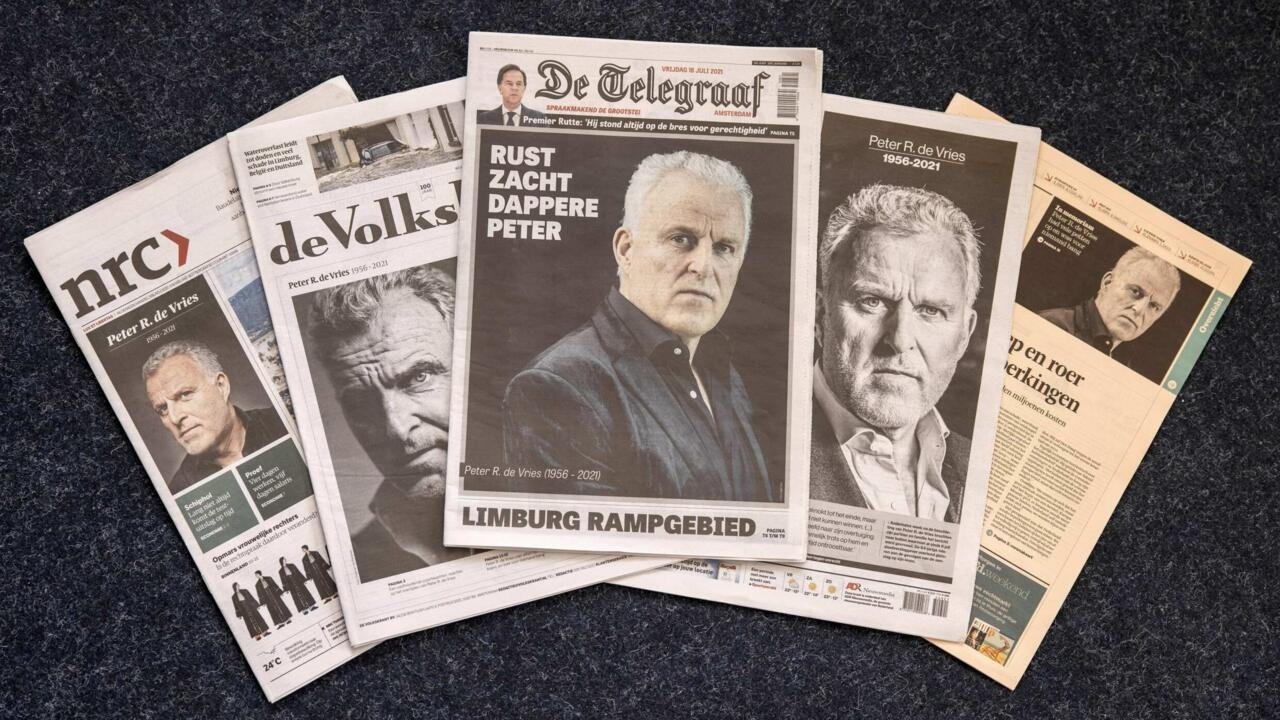 Peter Rudolf de Vries, known as Peter R. de Vries, was shot dead in broad daylight in Amsterdam, an assassination that justice suspects could have been ordered by a drug baron.

The first day of the trial was marked by the testimony of the journalist's children, facing the two suspects prosecuted for homicide and illegal possession of firearms.

The first, Dutch, Delano G., 22, is accused of having shot Peter R. de Vries when the latter had just left a television studio after being invited to a program, in the center of Amsterdam, July 6, 2021.

The second, a Polish national, Kamil E., 36, is accused of having driven the car used to flee and of having carried out a reconnaissance operation of the scene before the crime.

"Delano, I'm looking at you like you didn't dare look at my dad when you shot him from behind," Peter R. de Vries' daughter Kelly said in court testimony.

She questioned the two suspects on their motive.

"Why? Because you didn't agree with him? Because someone offered you money?" she asked them.

According to the prosecution, it is a contract killing, but the current trial focuses only on the two alleged executors.

"The investigation into the sponsors or the other parties involved is still in progress and is being carried out by another team", explained the prosecution, for which the assassination is probably linked to the trial of Ridouan Taghi, a drug baron.

“It appears Peter R. de Vries had to pay for his role as confidential counsel to key witness in the Marengo trial,” the prosecution said Tuesday.

Since 2020, Peter R. de Vries, specialist in criminal matters, was the adviser and confidant of the main prosecution witness in the trial of Ridouan Taghi, qualified before his arrest in 2019 in Dubai as the most wanted criminal in the Netherlands, in particular for a major drug case.

Taghi, who faces murder charges, was allegedly at the head of a network compared to a killing machine.

Peter R. de Vries, 64, who came to prominence for his work on the 1983 kidnapping of millionaire Freddy Heineken, died in hospital nine days after the shooting.

His death had shocked the Netherlands and prompted condemnations across Europe.

"I hate you deeply," his daughter Kelly said on Tuesday to the address of the suspects, who remained impassive.

The court confronted the two defendants with CCTV footage showing them walking around the neighborhood shortly before the journalist was shot dead.

The images later show Peter R. de Vries crossing a street, a figure running behind him, then the moment when, hit, he falls to the ground.

The latter invoked his right to silence in order not to answer.

"I did not kill this man," said Kamil E. in Polish.

The judge also read the transcript of an exchange of messages sent minutes after the shooting from a phone on which Delano G.'s DNA was found.

"The bullet went through his head. Everything shot out. Everyone was screaming," it says.

The suspects were arrested less than an hour after the incident in a car near The Hague.

Four shell casings found at the murder scene are believed to be from a gun found in the vehicle with Delano G.'s DNA.

The verdict is expected on July 14.