She was conveying the truth.. Renewed demands in the US Congress to hold the killers of Sherine Abu Aqla accountable

Two prominent members of the US Senate called for a transparent investigation into the assassination of Al-Jazeera correspondent in Palestine, Sherine Abu Aqleh, and to hold the killers accountable, amid rising voices calling for the file to be transferred to the International Criminal Court. 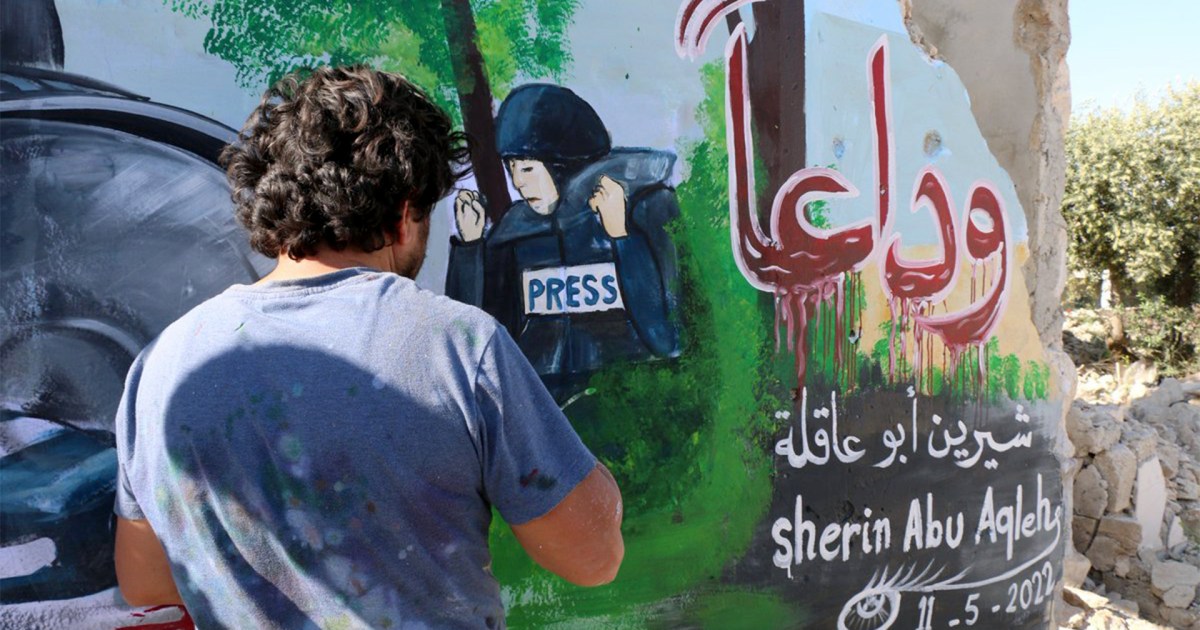 Two prominent members of the US Senate called for a transparent investigation into the assassination of Al-Jazeera correspondent in Palestine, Sherine Abu Aqleh, and to hold the killers accountable, amid rising voices calling for the file to be transferred to the International Criminal Court.

In a letter to Secretary of State Anthony Blinken, the two senators stressed that the Biden administration had an obligation to ensure that an impartial investigation into the killing of Shereen was completed.

"The Ministry of Foreign Affairs should ensure investigation and accountability for the killers of Shireen Abu Aqleh," the letter said.

This comes days after 56 members of the US Congress signed a letter calling on the US authorities to conduct an investigation into the assassination of Shireen Abu Akleh.

In their letter, members of Congress expressed their deep concern over the killing of the Al Jazeera reporter, and called for the protection of journalists around the world at all costs.

In the letter, the members said that the State Department described the killing of Shireen Abu Aqleh as an insult to the press, and welcomed the ministry's statements and the actions it has taken so far in support of a thorough investigation.

The Israeli occupation assassinated our colleague Shireen Abu Aqleh on May 11, while she was covering the storming of Jenin in the occupied West Bank, which caused outrage in human rights and media circles at the Arab and international levels.

Sherine Abu Aqleh has covered the conflict in the occupied Palestinian territories for 25 years.

A video clip showed colleague Shireen Abu Aqleh trying to hide from the Israeli occupation bullets a moment before her assassination.

And earlier, the Associated Press and CNN published two investigations revealing the truth about the assassination of colleague Sherine Abu Akleh.

CNN said it had collected evidence confirming that the Israeli army had targeted Al-Jazeera reporter Shireen Abu Aqleh in Jenin.

For its part, the Associated Press said that its investigation into the circumstances of the killing of Al-Jazeera reporter Shireen Abu Akleh reinforces the assertions of the Palestinian authorities and the deceased's colleagues that the bullet that killed her came from an Israeli soldier's rifle.

Al Jazeera has formed an international legal alliance to take up the case before the International Criminal Court.

And earlier, the US State Department renewed its call for a comprehensive and transparent investigation into the killing of Al-Jazeera correspondent Shireen Abu Aqleh, and stressed the need for the investigation to include determining who is responsible for the killing.