Morgan Johansson (S) remains as Minister of Justice and Home Affairs, despite sharp criticism from the opposition and the Constitution Committee. When Amineh Kakabavehs abstained, there was no majority in the Riksdag for a vote of no confidence. At the same time, the discussion continues about distrust voting as a political weapon and whether the government has gone too far to ensure how Kakabaveh would vote. 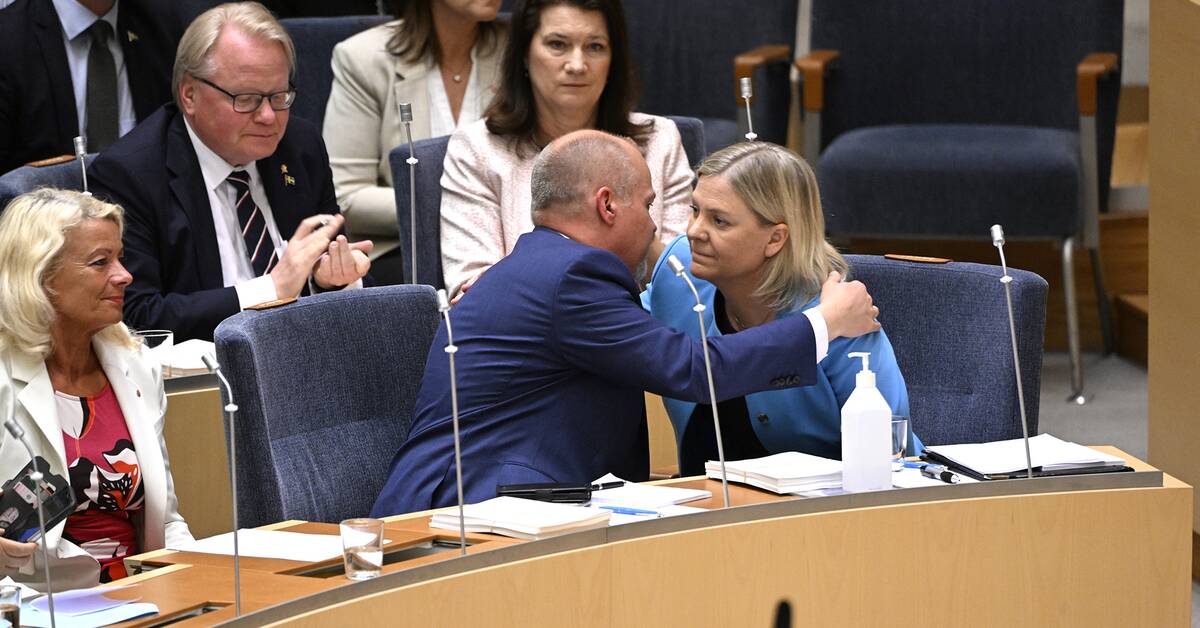 The Riksdag must be able to hold ministers accountable when they mismanage their jobs - that has been the message of M-leader Ulf Kristersson during the day.

He was also critical of how Magdalena Andersson describes the criticism of Johansson.

- The Prime Minister has claimed that a distrust of an individual minister means that the entire government must resign.

That is not true, the only one who has threatened a government crisis is the Prime Minister himself.

It is a cynical attempt to intimidate the Riksdag, said the M-leader when he took the podium in the Riksdag.

70 abstained and 8 members were absent.

Thus, there is no majority to remove Morgan Johansson.

Immediately after the vote, Prime Minister Magdalena Andersson held a press conference and criticized the bourgeois parties for hooking on the Sweden Democrats' distrust.

The criticism concerns how Morgan Johansson, as Minister of Justice, has handled crime in Sweden.

Andersson believes that the distrust of Johansson is a distrust of the entire government and could have put the brakes on the Swedish NATO process.

- M, KD and L's easy decisions could have had serious consequences because we are in a security policy sensitive situation, Andersson said.

Busch: "The government is hostage"

KD leader Ebba Busch called the non-partisan member Amineh Kakabaveh "left-wing" who took the government hostage and criticized Andersson for not accepting the offer she made - had Johansson resigned, KD and even M said that no more mistrust will be raised before the election.

- It would be best for Sweden to get rid of what has become a stumbling block in the negotiations in the NATO process, Busch said about Kakabaveh.

MP and V also said that there is reason to criticize the government and Johansson for how the crime was handled - but to depose him is not the solution.

Magdalena Andersson believes that the opposition is trying to rewrite history, that the focus was on Kakabaveh and Sweden's relationship with Kurdish groups, the opposition knew when the mistrust process was started, she says.

- We have not made any concessions to Amineh Kakabaveh.

Now, after the failure, the opposition is trying to rewrite history, Andersson says.