Dubai Police arrested two brothers, who are considered the most prominent on the list of wanted persons by the South African state, for their involvement in criminal cases and money laundering, after receiving a request for prosecution and international extradition “Red Notice” from the international crime-fighting organization “Interpol”. 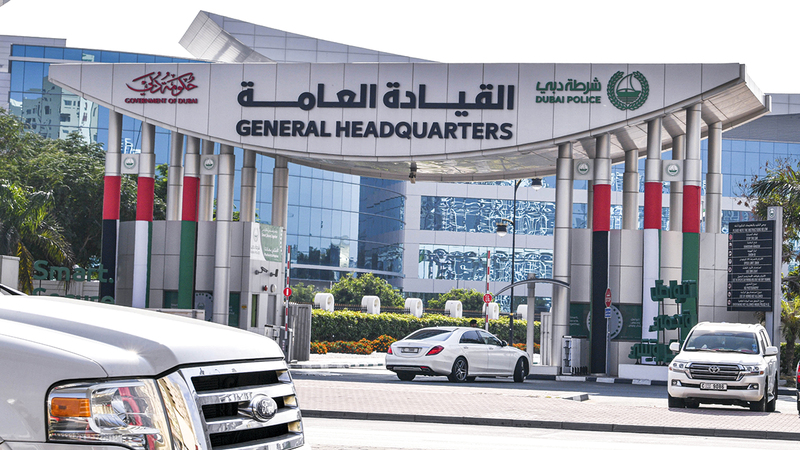 Dubai Police received a request for international prosecution and extradition of the two brothers from Interpol.

Dubai Police arrested two brothers, who are considered the most prominent on the list of wanted persons by the South African state, for their involvement in criminal cases and money laundering, after receiving a request for prosecution and international extradition, the "Red Notice" from the international crime-fighting organization "Interpol".

The arrest of the two brothers, Rajesh and Atul Gupta, received prominent attention from various circles, given that they are very rich, are of Asian origin and were previously accused of committing a package of crimes in India, before moving to South Africa.

Dubai Police stated that coordination was coordinated with the South African authorities to submit a file to retrieve the two arrested brothers to complete the legal procedures followed, stressing that the process of arresting them consolidates the efforts of the UAE in combating money laundering crimes through the Ministry of Justice, the Public Prosecution in Dubai and the Executive Office to Combat Money Laundering. Countering the Financing of Terrorism and the Financial Information Unit.

Foreign media revealed that the two brothers belong to the Gupta family, known for its extreme wealth, and fled to South Africa after being accused of corruption, engaging in suspicious activities related to money laundering crimes and offering major bribes to win government tenders and contracts.

The Gupta family moved to South Africa in 1993, displaced from India, before the authorities there raided their kingdoms in more than one province in 2018, including the family's offices in Delhi.

The list of accusations leveled against the two brothers by the South African authorities includes money laundering, exploiting the influence of some politicians to win illegal bids and contracts, and other crimes.

High-level investigations conducted by the competent authorities in South Africa revealed that the two influential brothers were able to infiltrate important sectors and illegally obtain contracts in them, including aviation, railways, ports and the infrastructure of the oil sector, taking advantage of their relationship with important officials there.

It is noteworthy that the UAE crowned its efforts in combating money laundering crimes by finally arresting another international wanted man, Sanjay Shah, a British national, at the age of 52, one of the most wanted persons by the Danish authorities, for his involvement in the largest tax fraud and money laundering operation in the history of the Kingdom of Denmark. Its value amounted to 12 billion crowns, equivalent to about 1.7 billion dollars, through the establishment of several companies specialized in “submitting applications for refunding profits tax with incorrect data.”

• The arrest of the two brothers consolidates the UAE's efforts to combat money laundering crimes through the Ministry of Justice.

Al Nuaimi: The UAE is keen to cooperate with international partners to pursue crime

Minister of Justice Abdullah bin Sultan bin Awad Al-Nuaimi said: “The arrest of Rajesh Gupta and Atul Gupta, who are wanted by South Africa and according to the International Red Notice issued by INTERPOL;

It is the latest example of our commitment and continuous efforts to combat illicit financing, as the UAE not only prevents international financial crimes, but is also keen on close cooperation and work with international partners for the international prosecution of crime.”

He praised the efforts of the competent authorities in the country, which skillfully and expertly led this case and collected the evidence required to enable the arrest, which clearly indicates the country's proactive efforts to cooperate closely with its international partners and organizations.

He stressed that the Ministry of Justice, along with all the competent authorities in the country, is working to prevent the financing of crime in all its forms.