“The offensive is developing”: Shoigu announced the liberation of 97% of the territory of the LPR

Allied forces during a special operation in Ukraine liberated a significant part of the territories of the Donbass republics on the left bank of the Seversky Donets River, said Russian Defense Minister Sergei Shoigu. In general, according to him, 97% of the territory of the Luhansk People's Republic has already been liberated. The minister also said that the total number of surrendered Ukrainian military reached 6489, only over the past ten days, 51 units of foreign military equipment delivered to Ukraine were destroyed. In addition, Shoigu spoke about the restoration of 1.2 thousand km of the railway track, which will allow the resumption of full-fledged traffic between Russia, Donbass, Ukraine and Crimea in six sections. 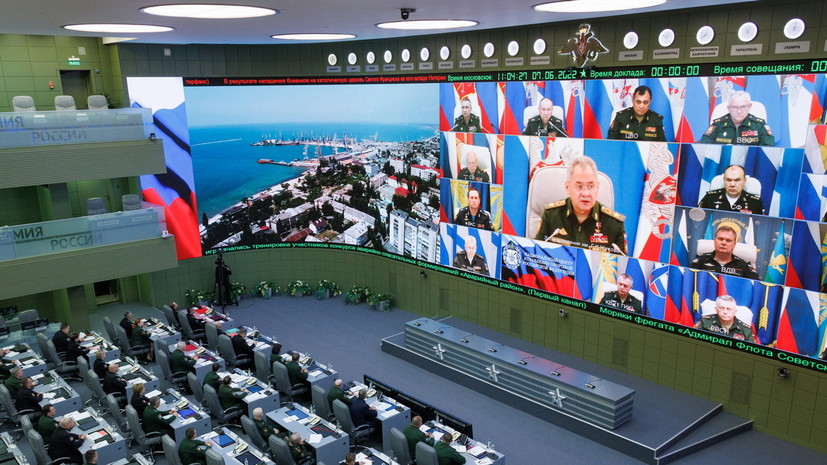 Allied forces liberated a significant part of the territories of the DPR and LPR during a special military operation in Ukraine, Russian Defense Minister Sergei Shoigu said during a conference call.

“A significant part of the Donetsk and Lugansk People’s Republics along the left bank of the Seversky Donets, including the cities of Krasny Liman and Svyatogorsk, as well as 15 other settlements, has been liberated,” he said.

In addition, the minister confirmed the information about the complete liberation of the residential areas of Severodonetsk: “It continues to take control of its industrial zone and the nearest settlements.

The offensive is developing in the Popasnensky direction.

“In general, 97% of the territory of the Lugansk People’s Republic has been liberated today,” Shoigu emphasized.

At the same time, over the past ten days, 51 units of foreign military equipment have been destroyed, including 21 155 mm howitzers and two multiple rocket launchers.

The head of the Ministry of Defense added that since the beginning of the special operation, 6,489 Ukrainian soldiers have surrendered.

Speaking about the situation in the liberated territories of Donbass, Shoigu noted that the process of establishing a peaceful life is underway there: water and electricity supply to residential areas is being restored in Mariupol, streets are being cleared, and the first social facilities have resumed work.

The demining process is actively underway, the seaports of Mariupol and Berdyansk have begun to operate.

The Zaporozhye Nuclear Power Plant is operating normally, and 33 coal mines, two oil and 14 gas fields, which came under the control of the DPR and LPR during a special operation, continue to operate uninterrupted.

Also, 57% of the capacities of the metallurgical industry of Ukraine are concentrated in the liberated territories, Shoigu said.

“Retreating, Ukrainian nationalists seek to inflict maximum damage on these sectors of the economy.

In turn, the Russian military, liberating the Donbass, take industrial facilities under their protection, thereby preserving the potential for the development of the region's economy,” the head of the department noted.

According to him, the Ministry of Defense and Russian Railways jointly created the conditions for the resumption of full-fledged traffic between Russia, Donbass, Ukraine and Crimea on six railway sections (the total length of the restored sections is 1.2 thousand km).

The Minister added that road communication from the territory of Russia along the mainland to the peninsula has been opened and the unhindered supply of water through the North Crimean Canal to this region of the Russian Federation has been resumed.

“The restoration of transport infrastructure and water supply creates favorable conditions for the development of the agro-industrial complex in the liberated territories.

Continuing the meeting, the Minister of Defense said that on June 1, the summer training period began in the Russian troops.

It was preceded by preparatory work, within the framework of which more than 9 thousand events were held, as well as the repair and modernization of the educational and material base.

“During the summer training period, we will pay special attention to new ways of conducting combat operations, taking into account the experience of a special military operation and other armed conflicts, army tactical shooting and first aid on the battlefield.

Practical classes will be held at points of permanent deployment and at training grounds, ”Shoigu emphasized.

In addition, he spoke about the preparations for the naval parades in honor of the Navy Day.

They will be held at the bases of all Russian fleets and flotillas, as well as in the port of Tartus in the Mediterranean Sea.

They involve up to 200 warships, about 80 aircraft, more than 100 units of military equipment and about 15,000 servicemen and civilian specialists.