They were starving.. Thailand found 59 Rohingya Muslims on one of its islands who were left by smugglers

Thai authorities have found 59 Rohingya people on one of its islands, who they said had been abandoned by smugglers on their way to Malaysia, a senior police officer said on Sunday. 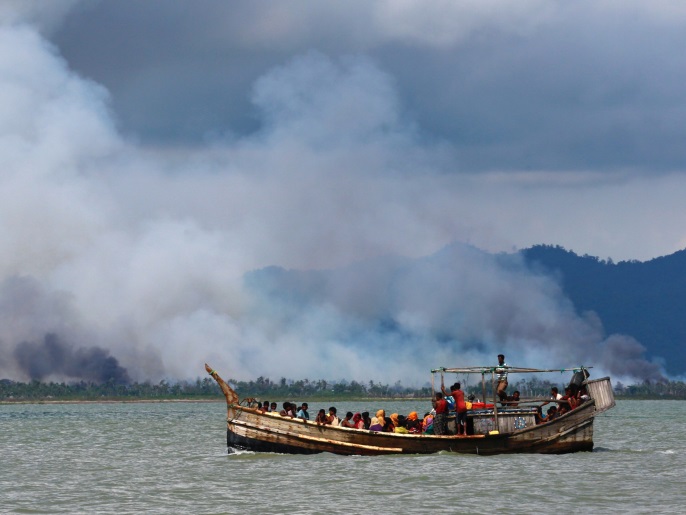 Thai authorities have found 59 Rohingya people on one of its islands, who they said had been abandoned by smugglers on their way to Malaysia, a senior police officer said on Sunday.

The group - which includes five children - was found on Koh Dong Island in Satun Province last Saturday, according to a senior security source.

Every year, thousands of persecuted Rohingya Muslims in Buddhist-majority Myanmar risk their lives by taking months-long, costly journeys to reach Malaysia via the seas of Thailand.

The police stated that they had been charged with entering the country illegally and may be deported to Myanmar after the case was brought to court.

The Thai police said they are providing them with humanitarian aid and will investigate whether they are victims of human smuggling or have entered illegally.

A police statement said that the group members were "starving and it is likely that they had not eaten any food for 3 to 5 days."

The group told the police that their boat was among three boats carrying 178 people that left Myanmar and Bangladesh, after they paid the smuggler about 5,000 ringgit (1,300 dollars) for the trip.

The Malaysian authorities stopped the first two boats with 119 people on board, and arrested those on board, according to a Thai police statement.

The crew then decided to leave the people on board on the island of Koh Dong, and told them they had arrived in Malaysia, the group said to the police.

The incident comes after the bodies of 14 Rohingya people - some of them children - were found on a beach last month after they tried to flee Myanmar.

Hundreds of thousands of Rohingya fled the military campaign that targeted them in Myanmar in 2017, and spoke of being killed, raped and burned.