Dauphiné: the 2nd stage for the French Vuillermoz 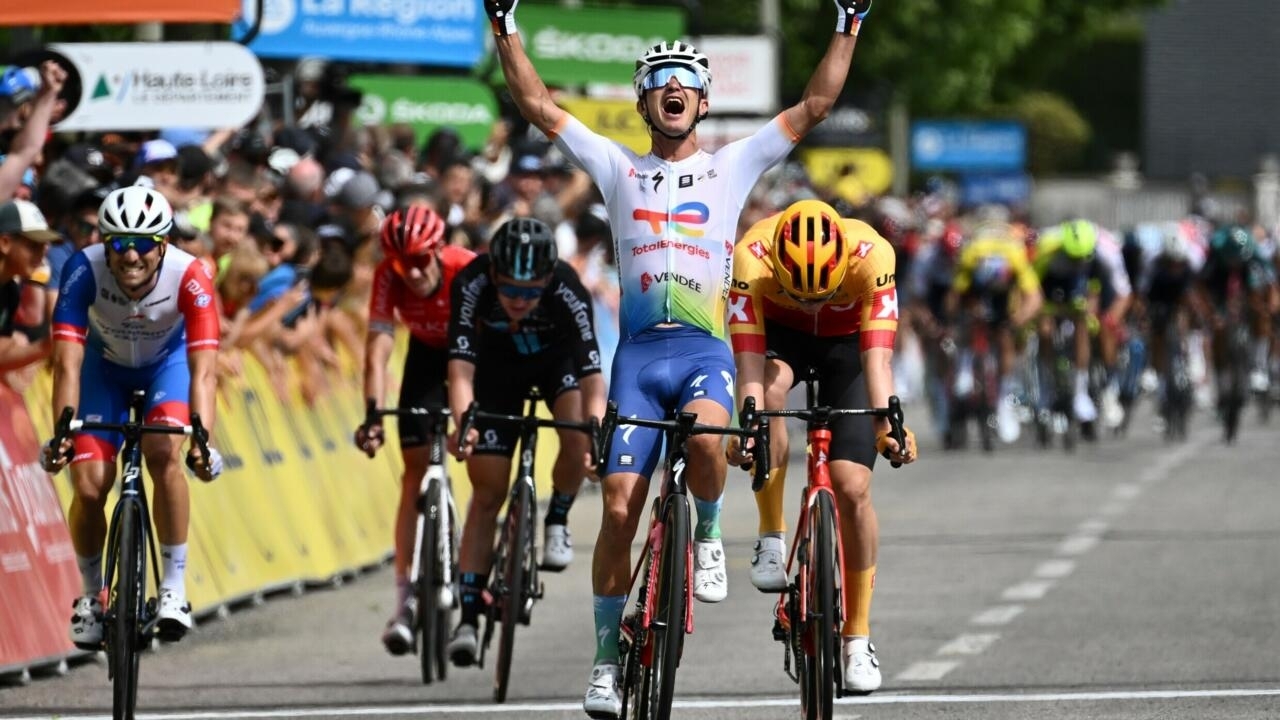 Vuillermoz (TotalEnergies) sprinted ahead of his four companions in a breakaway formed in the first hour.

The peloton of favorites, regulated by Belgian champion Wout van Aert, failed 5 seconds after the 169.8 kilometers.

The six escaped riders (Delaplace, Le Gac, Vuillermoz, Skaarseth, Vermaerke, Vervloesem) counted up to almost four and a half minutes in advance.

The pursuit led by several teams (EF Education, Ineos, Jumbo) reduced the gap to 1 min 45 sec in the 40 kilometers before a very undecided final.

The leading group, reduced by one unit after the Vervloesem stall, tipped over at the top of the last climb, 9 kilometers from the finish, with a 30-second advantage sufficient to hold on until the end.

Vuillermoz, who is 34 years old, took the ninth victory of a career which culminated in a stage of the Tour de France 2015, in Mûr-de-Bretagne.

On Tuesday, the 169 kilometer long third stage will take the peloton from Saint-Paulien to Chastreix-Sancy on a medium mountain course which ends with a 6.2 kilometer climb at a 5.6% gradient.