"There are 50 Bentleys," he said at once... Continental Blink [World Report]

Yesterday and today, the expensive imported car 'Bentley' has emerged as a popular search term in China. Bentley is a luxury car company based in the UK, acquired by Volkswagen in 1998. 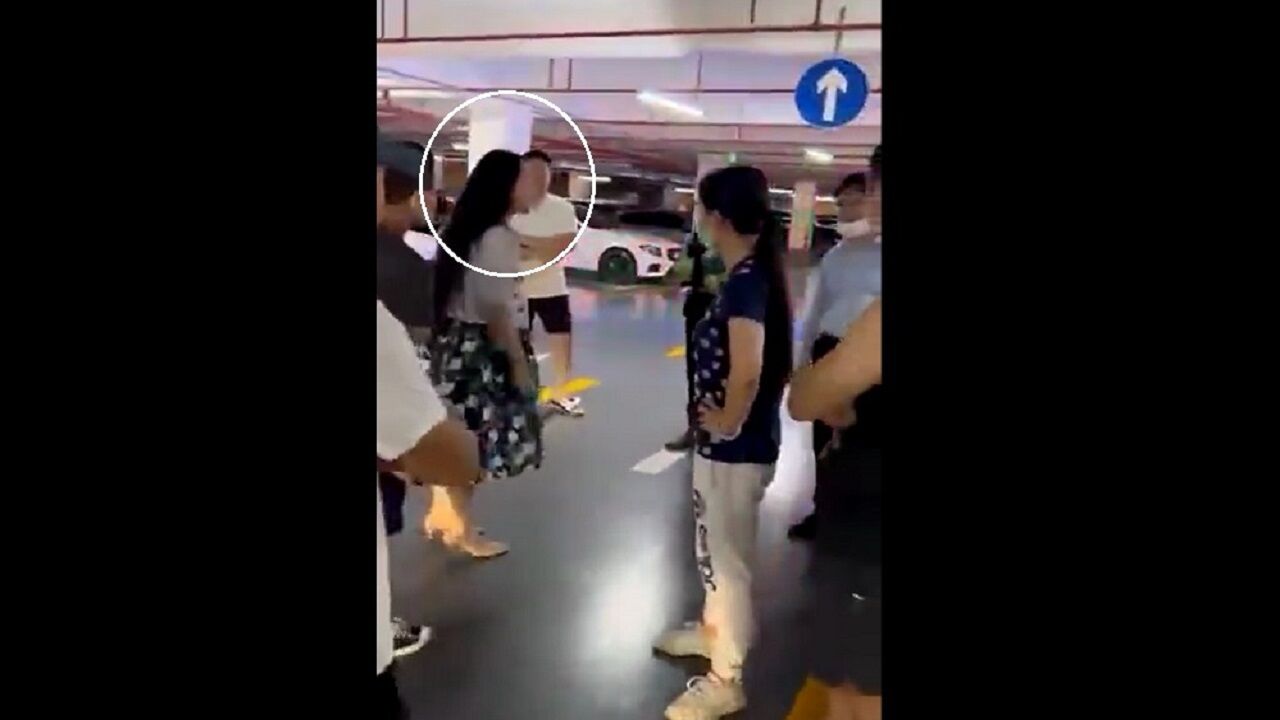 Yesterday and today, the expensive imported car 'Bentley' has emerged as a popular search term in China.

Bentley is a luxury car company based in the UK, acquired by Volkswagen in 1998.

Last year, 506 units were sold in Korea in one year, and 405 of them were registered as corporate vehicles, making it difficult for individuals to own.

The reason such a luxury car is being talked about in China is because of the words a woman spit out at a whim.

Chinese woman "Bentley is in her 50s... Her husband is the leader of a state-owned company"

The ending is as follows.

According to Chinese media such as Pengpai, on the 4th, an argument broke out in the parking lot of an apartment in Shenzhen city, Guangdong province, southern China.

When a woman saw another car parked in her own parking lot, she called the owner of the car and complained.

It is a method to pay money to the apartment management committee and to use a specific parking area on a regular basis for 6 months or 1 year.

The main reason is that there is insufficient parking space for the number of vehicles.

Each apartment is different, but parking is not cheap.

The other man claimed that the parking area was shared, but the woman said, "I have a parking space contract."

The problem was the following statement.

When her partner still hadn't pulled her car, the woman, unable to bear her anger, instructed her attendant next to her to drive her Bentley and block her opponent from pulling out her car.

She said that her own husband was a woman and the leader of her mother state-owned enterprise.

The quarrels even led to physical clashes.

The apartment management committee staff as well as the police were dispatched to the scene.

As a result of the investigation, the parking lot was owned by a woman.

But the controversy did not stop there.

Another resident took a video of what happened in the parking lot and posted it on social media.

The video garnered extraordinary attention because of the woman's remarks that were 'Bentleys in their fifties', 'her husband is a state-owned enterprise leader'.

It was named after the 'loud voice of the wife of the secretary of a state-owned enterprise'.

Netizens "I need to investigate my husband"

As the controversy showed no sign of abating, the Shenzhen Municipal State-Owned Assets Supervision and Management Committee made an official statement.

The State-Owned Assets Supervision and Management Committee is the body that manages and supervises state-owned enterprises in China.

"Reflecting public opinion on 'the wife of the secretary of a state-owned company's parking space dispute', our committee places great importance on this and is currently checking the facts," he said.

As of the 6th, many hashtags related to this incident appeared on Weibo, China's largest SNS.

Among them, the hashtags '#A woman driving a 50's blocked the stolen parking space' and '#Shenzhen State-owned Assets Supervision and Management Committee notified of a parking space dispute' received 300 million and 207 million views, respectively. It has been recorded 10 million times.

It shows how big the Chinese interest is.

Some of the comments criticize the man who took the parking space first, but there are more negatives about the woman.

Comments such as 'Is the salaries of the leaders of state-owned enterprises so high', 'I need to investigate the corruption of my husband', 'The price of a Bentley is equivalent to the lifetime income of an ordinary family', and 'Disclose women's wealth' are lining up.

She may have lied or exaggerated.

What is clear is that an investigation into this woman became inevitable.

The gap between the rich and the poor in China...

It is difficult for ordinary people to drive a car

27% of global sales came from China.

That is proof that the spending of the upper class in China is increasing.

In addition, Shenzhen, where the incident occurred, is also called 'the first place of reform and opening' and 'the hub of advanced technology' in China.

That's why the Chinese think, 'She could actually own a 50's Bentley'.

The background of this case is the extreme gap between the rich and the poor in China and the resulting sense of relative deprivation.

The Gini coefficient is a representative measure of the gap between the rich and the poor.

A value over 0.4 indicates that the level of inequality in the society is very serious.

New license plates are issued only through lottery.

In order to receive a license plate, you must pass the competition rate of hundreds to 1 and thousands to 1.

As a result, it is also common to borrow license plates for extra money.

It means that it is not easy for an average person to drive a car.

This is also the reason why the majority of Chinese who do not make it to the upper classes are angry at this incident.