As you can see, the simultaneous firing of eight short-range missiles from four locations is a method that has never been seen before. This is not a test launch in the development stage, but rather an actual training exercise with already deployed missiles. 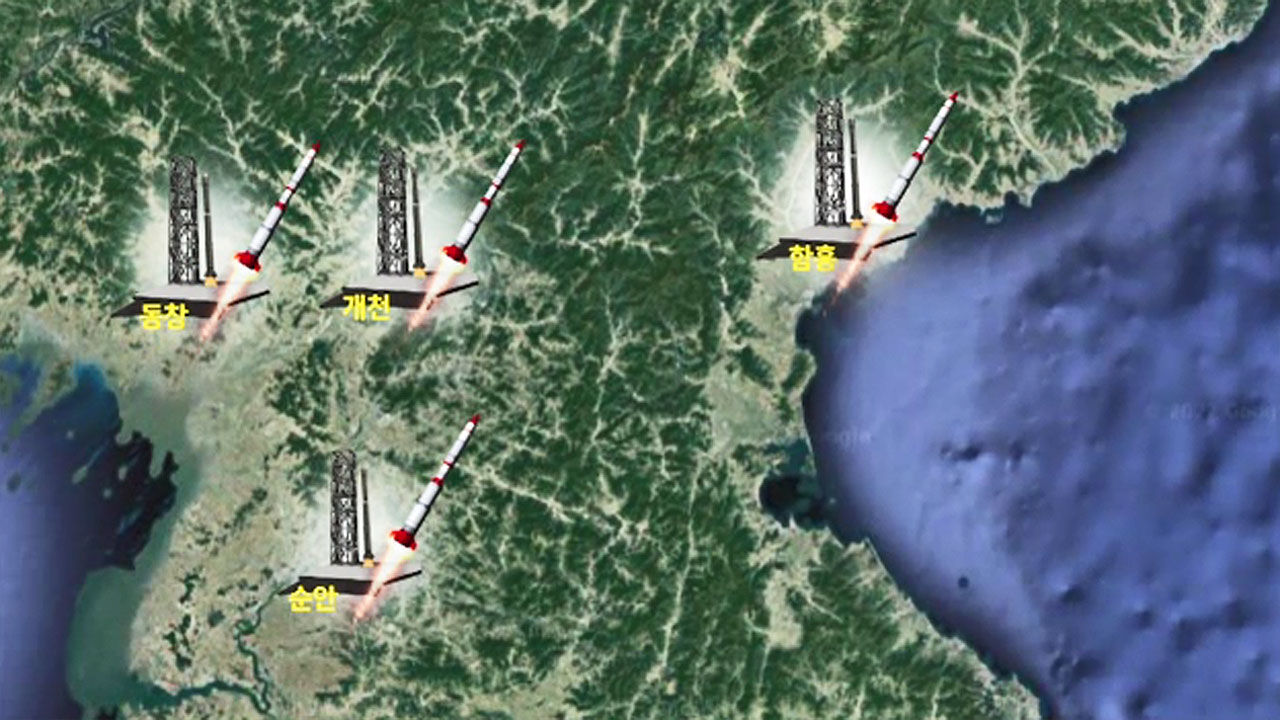 As you can see, the simultaneous firing of 8 short-range missiles from 4 locations is a method that has not been seen before.

This is not a test launch in the development stage, but rather an actual training exercise with already deployed missiles.

Defense reporter Kim Tae-hoon analyzed what kind of aim the launch today (the 5th) was and what it had to do with the imminent nuclear test.

They were shot like a swarm of bees at the same time while deployed to units in various locations.

It is known that the impact point is widely formed in the East Sea.

It is a method in which missile units located throughout North Korea simultaneously attack each target.

Until now, only one or two shots were test-fired for development, but today they started training in earnest.

New ballistic missiles, which have been developed, have been deployed and are ready for operation, and there is a threat that they can strike various targets on the Korean Peninsula at the same time.

In particular, in response to the fact that the combined defense posture of the ROK and the United States has been strengthened since the launch of the Yun Seok-Yeol government, it appears that they are maximizing their offensive power.

It seems to be intended to increase military tension by firing like a real battle rather than a test or inspection.]

There is also an analysis that the simultaneous launch of a new short-range ballistic missile is closely linked to North Korea's imminent seventh nuclear test.

The 7th nuclear test is a procedure for the stable development of a small nuclear warhead, that is, a tactical nuclear weapon.

North Korea is simultaneously refining a tactical nuclear warhead and a dedicated projectile.

A high-ranking government official said that the timing of the nuclear test is flexible, as China is trying to crack down on North Korea.