The Prime Minister on the M-leader: "What is his next move - should he overthrow the Foreign Minister?"

Tonight, the party leaders meet in TV4's party leader debate. The political crisis and the declaration of no confidence against the Minister of Justice Morgan Johansson (S) is one of the hottest issues of the evening. - It is reasonable to act as an adult and let Morgan Johansson resign, says Ulf Kristersson (M) to SVT before the debate. 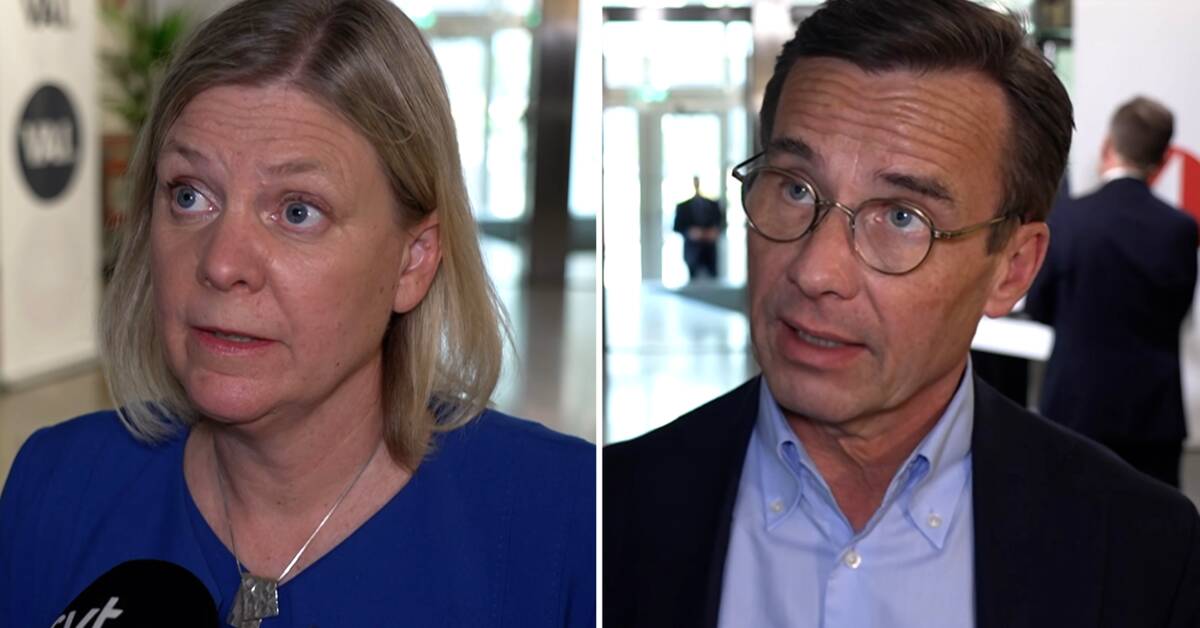 TV4 has had to rethink after last week's political crisis.

Tonight's first debate topic will be about the current declaration of no confidence in Morgan Johansson, which was followed by harsh exchanges between Prime Minister Magdalena Andersson (S) and Ulf Kristersson (M) over the weekend.

In SVT's party leader debate in May, the debate about NATO did not take place when the M-leader and the S-leader then agreed on most things.

Now there is a completely different tone.

Andersson, in turn, accuses Kristersson of putting Sweden in a dangerous position during the NATO process.

- I thought you could trust a prime minister's words.

We, she and I, promised the Swedish people to jointly guide Sweden into NATO regardless of who wins the election and not make this party politics, says Ulf Kristersson.

If Morgan Johansson is rejected in the Riksdag's vote on Tuesday, Prime Minister Magdalena Andersson has said that she will resign.

Ahead of TV4's debate, she describes the political situation as "worrying".

- Only a few weeks after Ulf Kristerssson said that together we will bring Sweden into NATO, he chooses to put sticks in the wheel for the process instead.

What is his next move, should he overthrow the Foreign Minister, the Minister of Defense?

In addition to the government issue, the agenda also includes the usual election issues: school, integration and migration.

Distrust of the Minister of Justice - in 60 seconds.