Fly into space! The Chinese people's dream of flying is fulfilled by a group of people...

Shenzhou 14 Aiming to launch at 10:44 tomorrow Chen Dong, Liu Yang, Cai Xuzhe 3 astronauts are about to set off Orbit construction phase of Chinese space station The first manned launch mission is about to start The Journey to Space The starting point is in the northwest desert of our country—— Jiuquan Satellite Launch Center Also known as "Dongfeng Aerospace City" over 60 years Generat 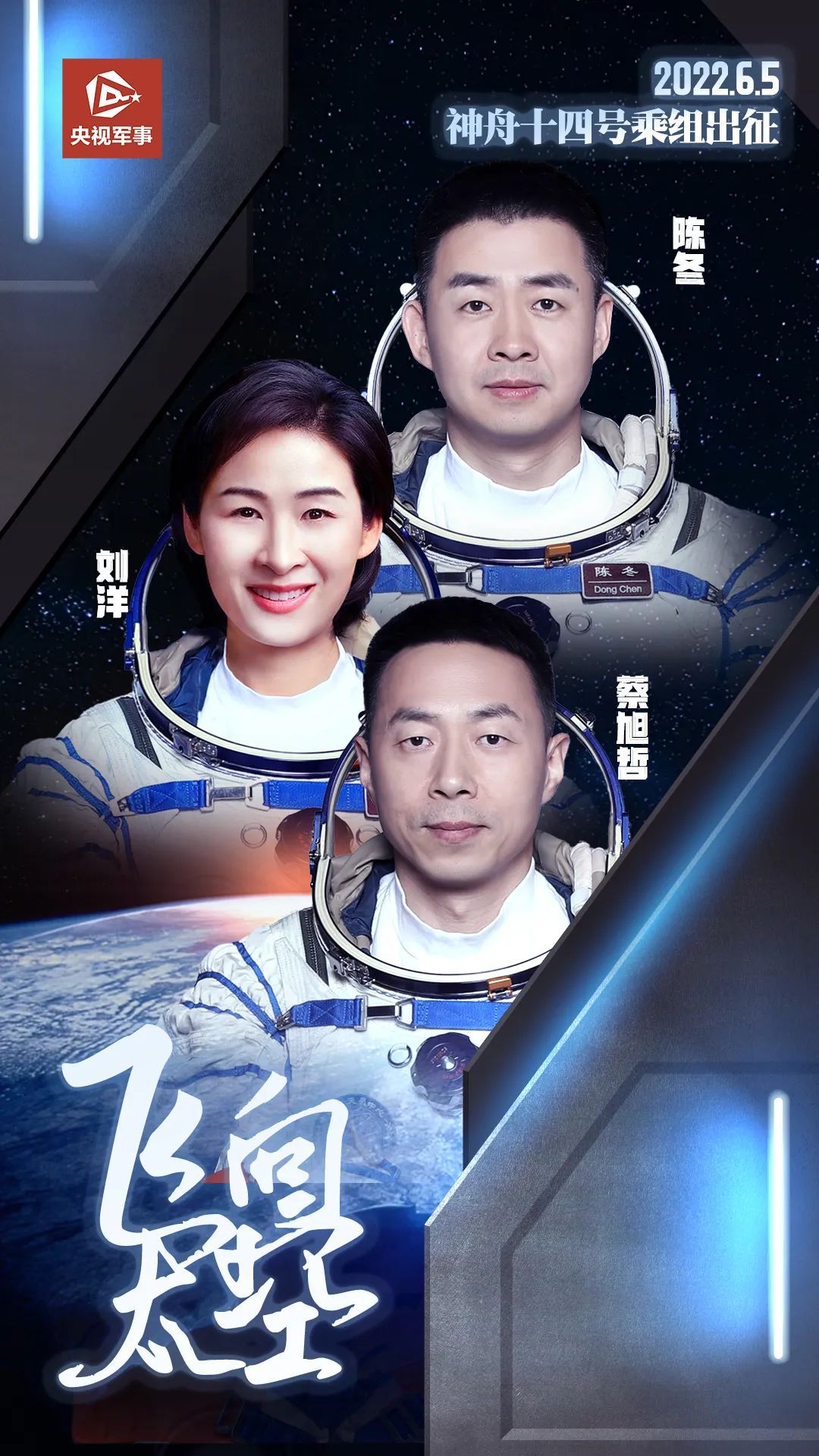 Aiming to launch at 10:44 tomorrow

3 astronauts are about to set off

The first manned launch mission is about to start

The Journey to Space

The starting point is in the northwest desert of our country——

Generations of "Dongfeng people" passed on from generation to generation

Breeding the spirit of "two bombs and one star"

The spirit of manned spaceflight

On the journey of chasing the dream of space

Exploring the road to the universe

The spiritual code of Chinese astronauts

Being with the sandstorm and being lonely

They guard the "space arteries"

On the way to Jiuquan Satellite Launch Center

There is the only military-controlled railway in the whole army

The railway is 270 kilometers long

Therefore, it is also known as "the ladder to the universe",

through rivers and bridges

It is also very rare on national railway lines

It is extremely difficult to build and maintain this railway

3 days before the arrival of a special transport train, there was a sudden rainstorm

to repair the railway

Soldiers working around the clock

I can't even eat

Zhao Xianke, then director of the Railway Management Office

Had to give a death order:

The officers and soldiers completed the repair

Zhao Xianke has tears in his eyes

The soldiers fell asleep next to each other

I said, don't disturb anyone

give them a good night's sleep"

When the special express train travels to 67 kilometers

The special train had to move forward while clearing the sand

The Guards on the Road to Heaven

With the sandstorm, with loneliness

They rarely see the magnificence of a rocket taking off

Rarely heard the roar of flames shaking the earth

But in various transportation support tasks

But it is written with loyalty and perseverance

In order to ensure the smooth launch of Shenzhou-2

Annual demobilization of veterans draws to a close

But at the Jiuquan Satellite Launch Center

but did not start

It turns out that the Shenzhou-2 mission is imminent

for the task to succeed

All Veterans at Launch Test Station

But in the hearts of veterans

Shenzhou-2 mission is a national project

in the face of national and personal interests

They chose the former without hesitation

in the last days of the team

They have higher standards and stricter requirements

All technicians at the launch site

rise from the desert

back to friends and relatives

It's been a while since they originally returned home.

Complete the "God One" to "God Ten" measurement and control tasks

He couldn't see his father for the last time

In the No. 92 measurement and control area, 10 kilometers away from the launch site

It is the first bar of manned spaceflight measurement and control

In the measurement and control area, this is called the USB device, whether it is normal or not

Determines whether the spacecraft can take off on time

Participated in the debugging of the USB device from the installation

The whole process from completion to use

He successfully completed Shenzhou-1 to Shenzhou-10

Yang Liwei soars to the sky

at this exciting moment

The scheme designed by Li Naizhong has been tested

Guarantee the safety of astronauts

This scheme is applied to all USB device systems

It is also the outstanding performance of this task

Make him a first-class person

Before the Shenzhou VII mission

Commissioning work that would have taken half a year to complete

Less than 3 months this time

But just 10 days before the mission launch

He suddenly received a call from his hometown

Father in his 80s critically ill from fall

One side is the looming launch mission

In the end, Li Naizhong still chose the task

Nothing is more important than getting the job done

The oath of "mission first"!

The spirit of manned spaceflight has long been integrated

in the blood of astronauts

have become the common memory of a country

The sea of ​​stars, the journey is boundless

The vast universe is in sight