A 'floating military base' appears on the sea... "Strong North Korea Warning" 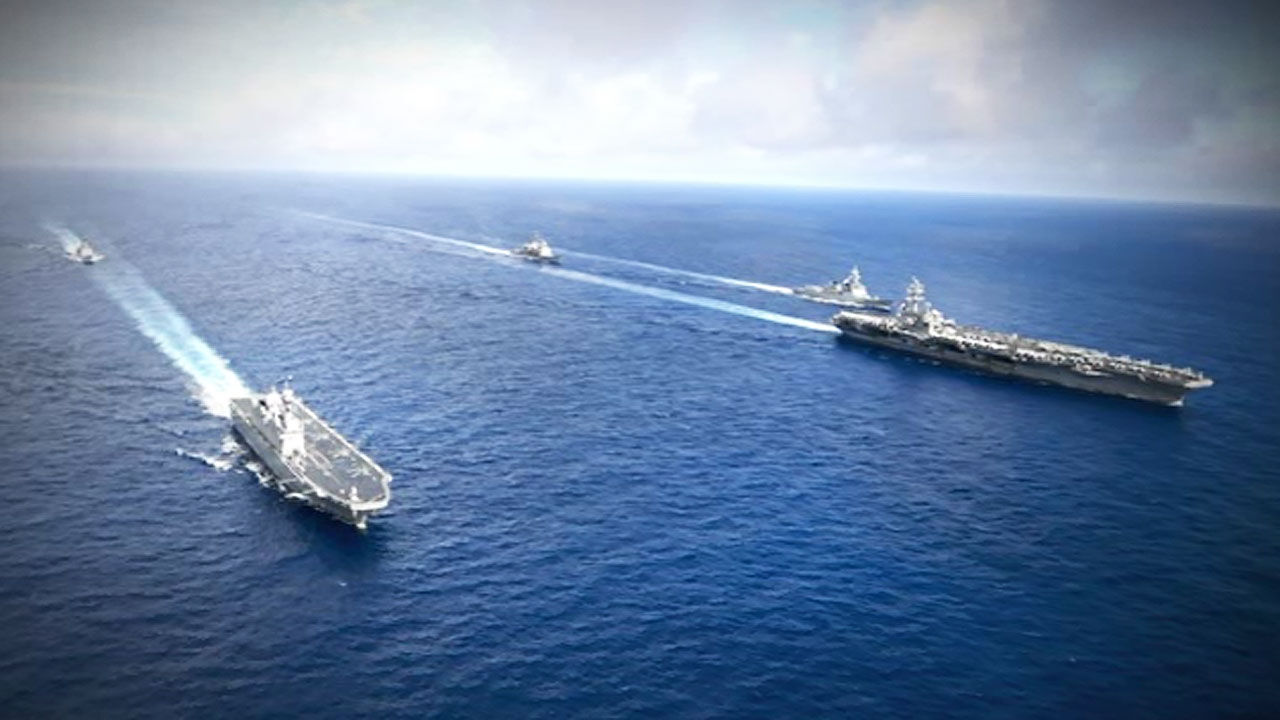 A floating military base, the US aircraft carrier Ronald Reagan conducted joint training with our naval vessels.

It is a warning message to North Korea that it has conducted joint exercises with an aircraft carrier for the first time in four years and seven months and disclosed its appearance.

Reporter Kim A-young on the sidewalk.

The US Navy's nuclear-powered aircraft carrier, the USS Ronald Reagan, and the South Korean Navy's large transport, Marado, march forward, leading the ROK and US destroyers.

This is a three-day aircraft carrier strike group exercise conducted by the ROK and U.S. Navy on the high seas near Okinawa, Japan.

This is the first joint South Korea-US joint exercise under the Yun Seok-yeol administration.

With her flight deck alone, the size of three football fields, the Reagan can carry more than 70 aircraft, including fighters, early warning aircraft and helicopters.

It is also called a 'floating military base' and is considered a strategic asset of the United States to which North Korea reacts very sensitively.

The ROK and U.S. naval forces held a commander's meeting on the Reagan, followed by maritime drills in preparation for North Korean provocations, including air defense and anti-submarine warfare.

The U.S. carrier's deployment to the ROK-U.S. joint exercise is the first in four years and seven months since November 2017, when military tensions on the Korean Peninsula peaked due to a series of North Korean provocations, and sent a strong warning to North Korea preparing for its seventh nuclear test.

[Shin Jong-woo / Senior Analyst at the Korea Defense Security Forum: (South Korea and the United States) if they had refrained from (joint exercises) for four years because of the denuclearization talks with North Korea, it seems to be a will to return them to normal, therefore…

The core naval forces such as the Marado and Aegis destroyers Sejong the Great who participated in the training headed straight to Hawaii to participate in the multinational Pacific Rim Training and RIMPAC.

At RIMPAC, which will be held from the 29th, 26 countries from Europe and East Asia, including four US-led Security Council Quad countries, will gather, and we plan to send our greatest effort since our first participation in 1990.