On Thursday, the Turkish army bombed Kurdish fighters' positions in northern Syria, and while Washington expressed its rejection of the new Turkish military operation, Moscow expressed its fears of a serious security deterioration in the region. 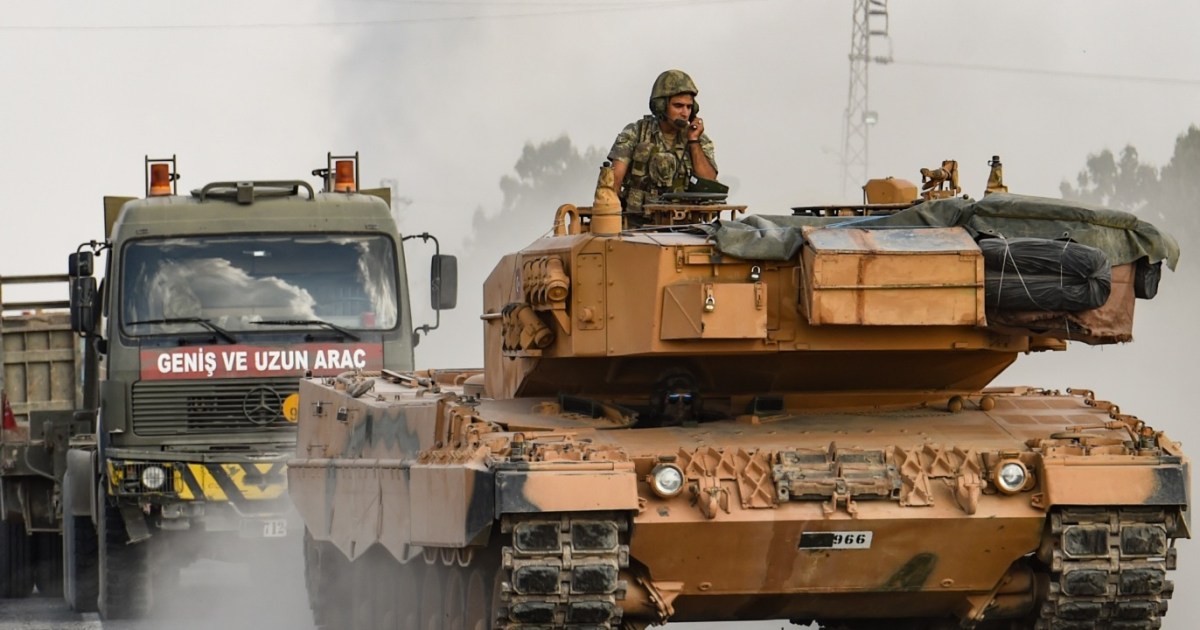 Yesterday, Thursday, the Turkish army bombed Kurdish fighters' sites in northern Syria, and while Washington expressed its rejection of the new Turkish military operation, Moscow expressed its fears of a serious security deterioration in the region.

The German news agency reported that Turkish artillery bombed several locations under the control of the Kurds in northern Syria, which led to a mass exodus of civilians, according to activists and the Syrian Observatory for Human Rights on Thursday.

The observatory said that the shells targeted areas under the control of the Kurdish-led Syrian Democratic Forces in the countryside of Tal Tamr and Abu Rasin.

Erdogan said - during a meeting of his ruling party in parliament - that the Ankara operation aims to " rid Tal Rifaat and Manbij of terrorists."

He points to two main residential areas outside Turkish control west of the Euphrates River, which are controlled by the Syrian Kurdish People's Protection Units (YPG), which Ankara considers a terrorist group with suspected links to rebels inside Turkey.

The Turkish army sent military reinforcements deep into the Syrian interior yesterday, Thursday, and launched an attack on the positions of the Syrian Democratic Forces, which has a Turkish majority.

The head of the media office of the Syrian Democratic Forces (SDF), Farhad al-Shami, told the German news agency that there was an attempt by the Turkish forces and the militias they support to infiltrate the northern sector of Manbij, but the Kurdish militias thwarted it.

He explained that the violent Turkish bombing of several areas, especially Tal Tamr, led to the displacement of many civilians.

For its part, Russia expressed concern that Turkish moves could lead to instability, and Russian Foreign Ministry spokeswoman Maria Zakharova said, "We hope that Ankara will stop any moves that may lead to a serious deterioration in the somewhat complicated situation in Syria."

Zakharova said that while Russia understands Turkey's desire to ensure its security along the Syrian border, the best way to achieve security is to allow Syrian government forces to position themselves along the border.

On the other hand, the United States is working with the Kurdish People's Protection Units (YPG) as a partner in the war against the Islamic State.

After Turkey announced the attack, US Secretary of State Anthony Blinken warned that Washington would oppose "any escalation" in northern Syria.

However, the Turkish government informed the United States that it is determined to take the necessary measures against "terrorist organizations that threaten its national security."

This came during a phone call yesterday, Thursday, between Ambassador Sedat Unal, Deputy Minister of Foreign Affairs of Turkey, and the Permanent Representative of the United States to the United Nations, Ambassador Linda Thomas Greenfield.

It is noteworthy that Ankara has carried out 4 operations in northern Syria since 2016, seizing hundreds of kilometers of land, and those operations focused on a 30-kilometre wide strip, targeting mainly the Kurdish People's Protection Units.