Here is Amineh Kakabaveh's demand - can overthrow the government

Amineh Kakabaveh's vote in the Riksdag can be decisive in a no-confidence vote against Minister of Justice Morgan Johansson (S). Her demand for not overthrowing the government is, among other things, that Sweden does not classify more Kurdish organizations in terrorism. Something that Turkish President Erdogan demanded in the NATO negotiations. - Then I will unfortunately vote for a no-confidence motion, it is about principles, she says to SVT. 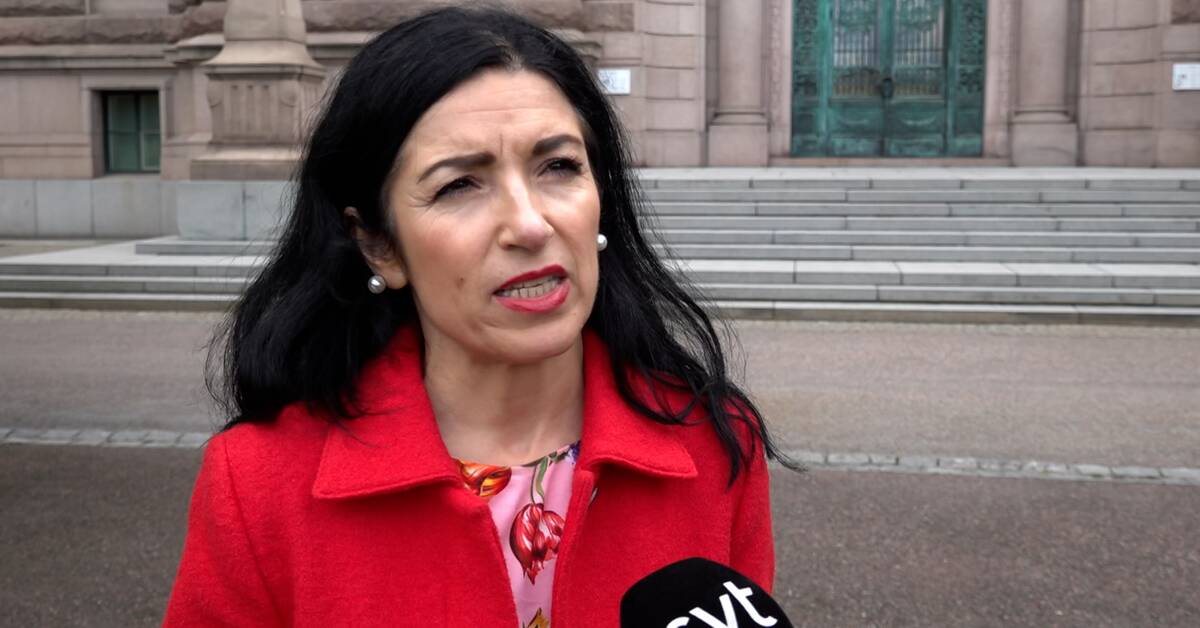 M, KD and L are behind the Sweden Democrats' no-confidence motion against Morgan Johansson (S).

The Center Party is behind the criticism of the Minister of Justice, but will not drop him in a vote.

Thus, the decision has ended up in the hands of the non-partisan Member of Parliament Amineh Kakabaveh.

She opens up to overthrow Johansson if the Social Democrats do not go to meet her.

- Sweden will withdraw the NATO application if it depends on us cowardly sitting quietly and meeting Erdogan's demands.

It is embarrassing and disgusting, says Amineh Kakabaveh to SVT.

She emphasizes, among other things, the agreement she entered into with the Social Democrats seven months ago, about which she has not yet received any written information.

- The agreement is between me and S, not the government.

I know that it is a sensitive situation and I personally have nothing against Morgan Johansson, but I have the right to stand up and get a message before I say yes or no.

Kakabaveh wants a promise that Sweden will not lift the ban on arms deliveries to Turkey.

To avoid a government crisis, she also demands that Sweden does not back down from Erdogan's demands to classify Kurdish organizations in terrorism.

She thinks it would be strange for terrorist class organizations that Sweden already supports.

- For me, it's about principles.

When their members come to Sweden, then we will label them as terrorists because Turkey wants it.

I think it's unworthy.

I am a Swedish member and have no Kurdish interests, but I have an interest in human rights and solidarity.

Prime Minister Magdalena Andersson announced that a government crisis awaits if Johansson is convicted, and that she herself will resign in such cases.

- The political decisions we make in Sweden, we make them together in the government.

And if you remove a minister due to political decisions, then of course you remove the entire government.

It is a matter of course, Andersson said at a press conference on Thursday.