The President of the European Commission, Ursula von der Leyen, has laid down her conditions for Poland so that the country can claim the 30 billion euros of the post-Covid recovery plan blocked at… 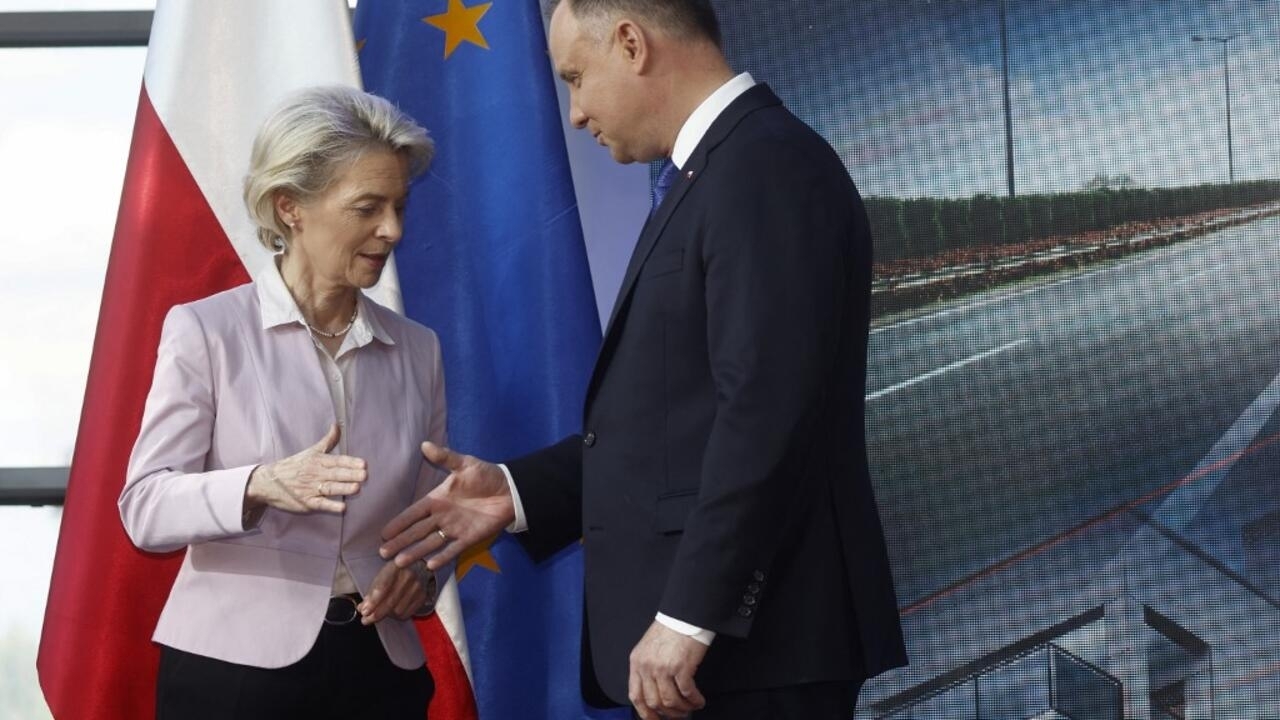 No reform, no money.

Poland will not receive funds from the European Union's post-Covid economic recovery plan, i.e. more than 30 billion euros blocked for more than a year because of alleged shortcomings in Warsaw in terms of judicial independence. , only if it carries out reforms, said Thursday, June 2 the President of the European Commission.

The EU's endorsement of the plan on Wednesday was "significant", but it was only a "first step, as the money will flow when the reforms...are in place", it said. Ursula von der Leyen during a visit to Warsaw.

"The approval of this plan is linked to Poland's clear commitments to the independence of the judiciary," she stressed.

The President of the Commission admitted that "a new law pending in the Polish parliament would dismantle some aspects of the disciplinary mechanism, although the opposition believes that it does not go far enough".

"We are not at the end of the road"

“We are not at the end of the road when it comes to the rule of law in Poland,” said Ursula von der Leyen.

The head of the European executive had set three conditions for the Polish plan: the current disciplinary chamber will be "removed and replaced" by an independent tribunal, the disciplinary regime "must be reformed" and controversial disciplinary offenses "must be abolished" .

In addition, all judges affected by the decisions of the disciplinary chamber will have the right to have their case examined by the new chamber, she said.

“A first payment will only be possible when the new law is in force and fulfills all the conditions of our contract,” she explained.

The validation of the plan, amounting to 35.4 billion euros for Poland, on Wednesday, caused gnashing of teeth even within the European executive and gave rise to a vote, an infrequent fact, in within the Commission.

Brussels was under pressure to give its approval, faced with the needs of Poland, which hosts the largest number of Ukrainian refugees in the EU (around 3.5 million) and serves as a logistics center for weapons sent to Ukraine from the countries of the EU and the United States.

The Union also hopes to lift Warsaw's veto on the transposition into European law of the minimum tax of 15% on the profits of multinationals, a priority of the French Presidency of the Council of the EU.

The demands from Brussels have recently led to announcements on the Polish side.

The suspension of the first of six judges prosecuted for their criticism of judicial reforms has been lifted.

The lower house of the Polish parliament also voted last week to abolish the chamber and the disciplinary system.

But the opposition to the populist nationalist party in power (PiS) and associations of judges believe that the bill does not meet the requirements of Brussels.

The Senate, controlled by the centrist opposition, made amendments to this law on Wednesday, voting in particular to annul all the decisions taken by the controversial disciplinary chamber and the reinstatement of the suspended judges.

The amended text will now return to the lower house.

The Polish recovery plan provides for a total of 49 major reforms and 53 major investments.