A US State Department statement said that Minister Anthony Blinken stressed, during a call with Palestinian President Mahmoud Abbas, the importance of completing investigations into the killing of Al-Jazeera correspondent Shireen Abu Akleh. 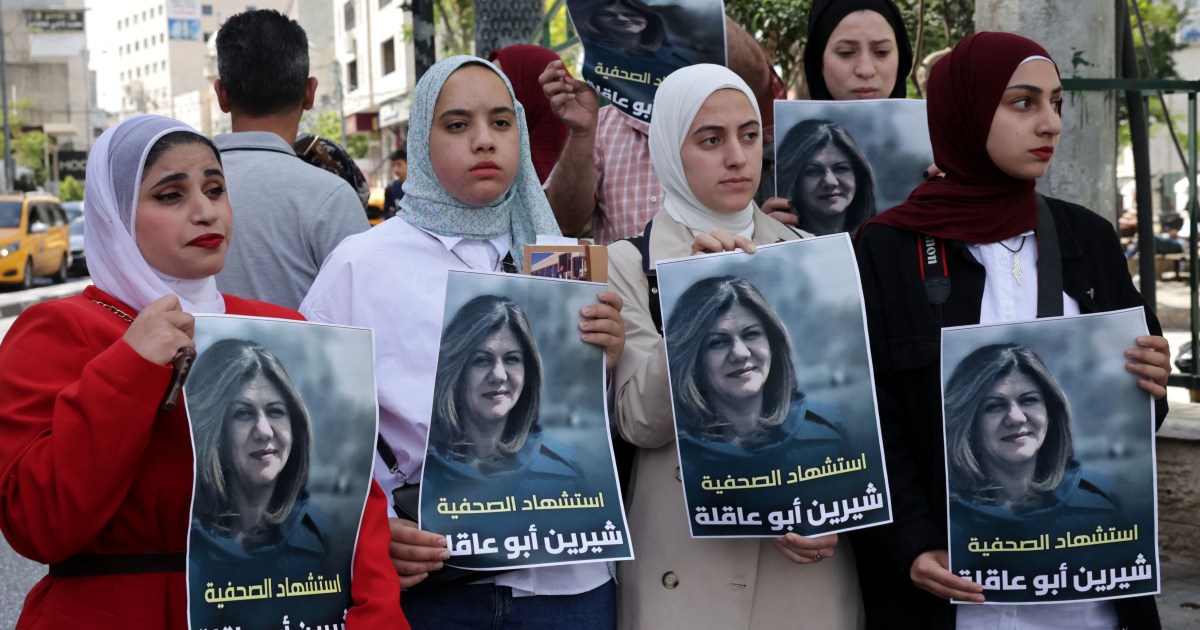 A US State Department statement said that Minister Anthony Blinken stressed, during a call with Palestinian President Mahmoud Abbas, the importance of completing investigations into the killing of Al-Jazeera correspondent Shireen Abu Akleh.

The statement said Blinken also discussed with Abbas the importance of Israelis and Palestinians working to maintain calm and reduce tensions.

For its part, the newspaper "The Times of Israel" reported that Washington is pressuring the Palestinian Authority to share the evidence of the investigation into the killing of the Al-Jazeera journalist with Israel.

The US State Department renewed its call on Israel to expedite the completion of its investigation into the killing of Shireen Abu Akleh, and ministry spokesman Ned Price said during a press conference that the United States expects full accountability for those responsible for her killing.

"We urge our Israeli partners - as Secretary Blinken did during his conversation with Foreign Minister Yair Lapid over the weekend - and the Israeli government to expedite the conclusion of its investigation into the killing of Shirin Abu Akleh," Price said.

"We expect full accountability for those responsible for her murder, and we urge both parties to share evidence to facilitate this investigation," he added.

Any investigation by the Israeli government would not be independent enough, said Solomon Soko, deputy director of the organization's Law and Policy Program.

Soko called on the international community to ensure that the perpetrators are held accountable.

Sarah Leah Whitson, Executive Director of the Organization for Middle East Democracy, said that the assassination of journalist Shireen Abu Aqleh further exposed Israel's ugliness, not only by assassinating it, but also by attacking mourners.

The Department of Global Communications of the United Nations announced the launch of the name "Shirin Abu Aqleh" on its annual training program for Palestinian journalists.

Stephane Dujarric, spokesman for the Secretary-General of the United Nations, quoted the Department of Global Communications as saying that Abu Aqleh was a role model for journalists in the Middle East and in the world, and that her legacy and courage should be cherished.

In a parallel context, the Palestinian Media Forum and the International Committee for Supporting the Rights of the Palestinian People organized a solidarity stand in front of the United Nations office in Gaza, where a petition was signed to demand that the occupation be prosecuted for the crime of Abu Akila's assassination.

The participants in the event raised pictures of our colleague Sherine and banners calling for serious action to open an investigation at the International Criminal Court into the crime of her assassination.

A report by the Journalists' Support Committee documented 54 attacks by the occupation forces against journalists in the occupied Palestinian territories last May.