Tunisia.. The Labor Union says it is being targeted, and the opposition Salvation Front calls for a national dialogue

The Tunisian General Labor Union said that it is being targeted and cannot be affiliated with any party, while the head of the Salvation Front called for the opposition to hold a national dialogue without the president if he refuses to participate. 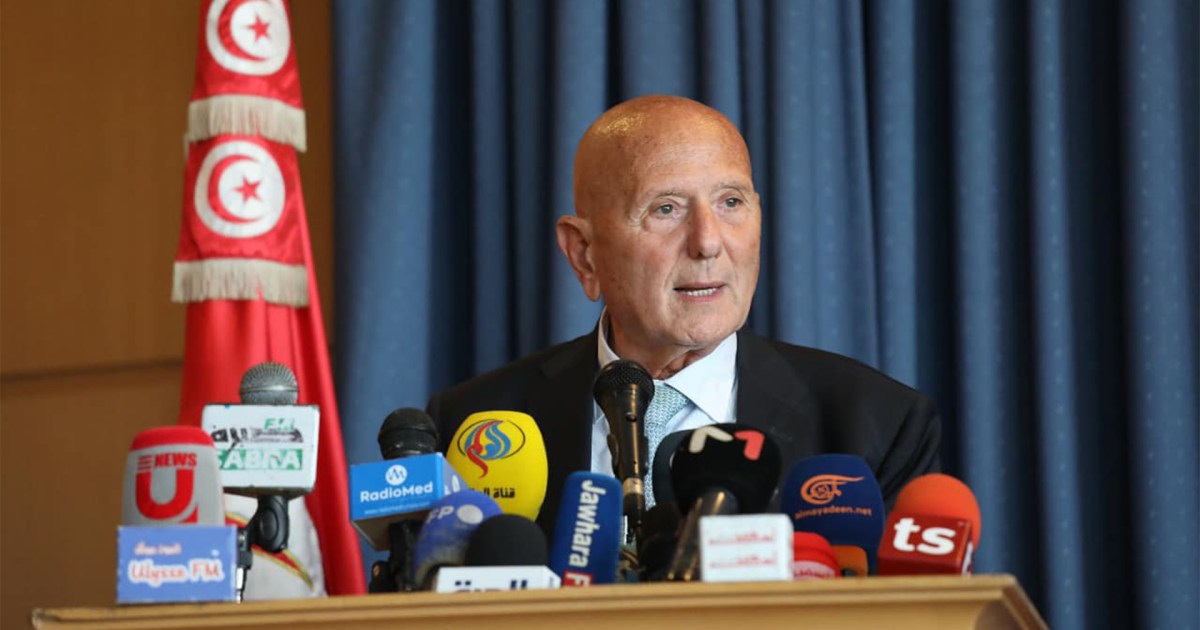 The Secretary-General of the Tunisian Labor Union, Noureddine Taboubi, said that the union is being targeted and cannot be affiliated with any party, while the head of the National Salvation Front called for the opposition to hold a national dialogue without President Kais Saied in the event he refuses to participate.

In a press conference on the draft constitutional reforms and the electoral law, Taboubi expressed his refusal to plunge the union into the unknown by participating in an advisory committee for dialogue approved by President Kais Saied, pointing at the same time to the need to introduce reforms to the electoral law.

Taboubi said that the union will assume its responsibilities for the rule of law and actual institutions and their defense in the country, calling for the judiciary and security to be distanced from interfering in political conflicts in Tunisia.

On Tuesday, the Tunisian General Labor Union called for a national strike in the public sector on the 16th of this month to protest against proposed government reforms, including a wage freeze, in an escalation that may hinder the government's efforts to reach an agreement with the International Monetary Fund.

Founding of the Salvation Front

Shaima Issa, a member of the Front, said that the time for rescue has come to address what she called the populist onslaught that is undermining society.

She considered that the front would form an advanced class to confront the coup through a dialogue that would end the practices and mistakes of the past, as she put it.

In an interview with Al-Jazeera, Ahmed Najib Chebbi, head of the National Salvation Front, said that the Tunisian forces should initiate a national dialogue without President Kais Saied if he refuses to participate in this dialogue.

Breaking into the farmers' union

In a related context, Tunisian bodies and parties refused to storm the headquarters of the Union of Agriculture and Fishing (the Farmers' Union), who opposed the union's president, Abdel Majid Al-Zar, and installed them as a new head of the organization, accusing "the country's authorities of being behind the intrusion."

The National Salvation Front said, "The headquarters of the Union was stormed by a coup group that moved at the behest and support of the political authority."

"The National Salvation Front renews its condemnation of these actions that target the independence of civil society organisations," she added.

For its part, the “Citizens Against the Coup” movement expressed its rejection of the “chaotic process of storming and removing the doors of offices that witnessed the headquarters of the Agriculture Union, and the installation of an illegitimate head of the national organization through bullying the security establishment and with direct support from the de-facto authority.”

In turn, the Republican Party considered that "what the Tunisian Union of Agriculture and Fishing is subjected to is an attempt of blatant interference by the political authority and its agencies in an attempt to subjugate it and install its loyalists on its head."

It is noteworthy that Al-Zar announced in previous statements his rejection of the national dialogue in the manner proposed by the country's President, Qais Saeed.