The Biden administration finds itself helpless in the face of inflation

The Biden administration is trying to turn the tide on inflation, which seems out of control, in order to regain some popularity a few months before the midterm elections, but its levers are in… 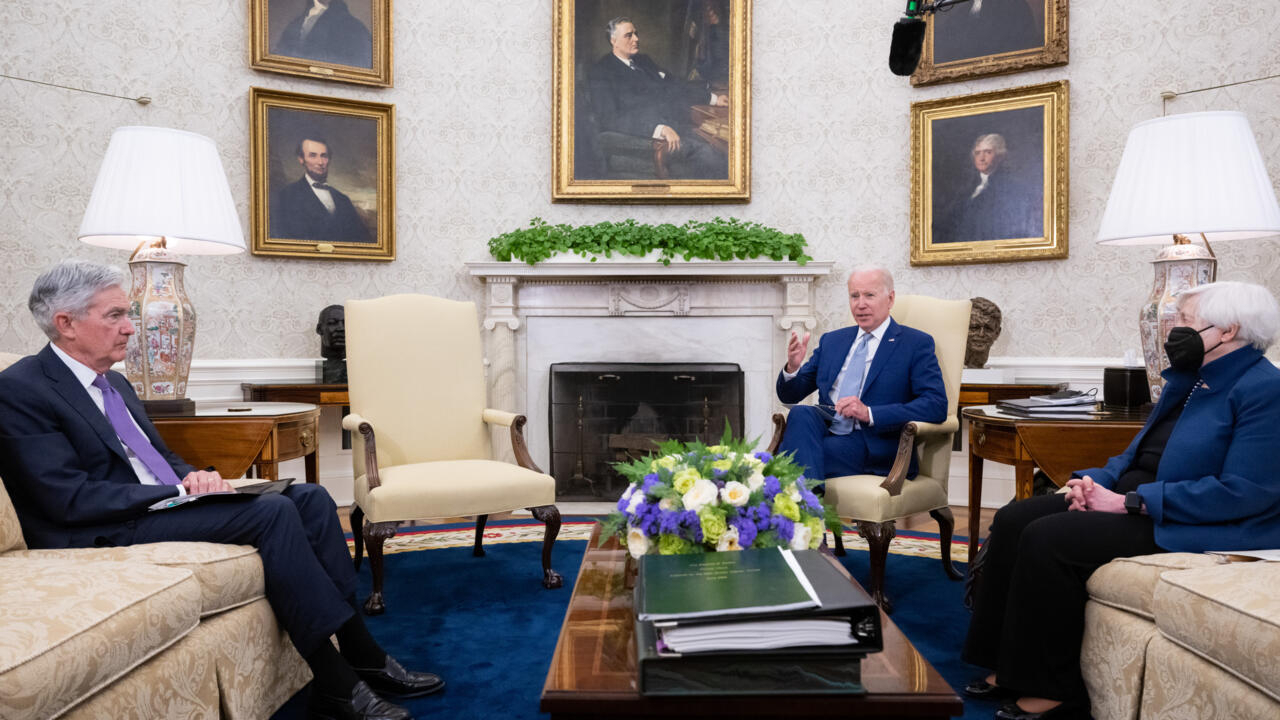 “There is not much the administration can do directly to combat inflation,” Gregory Daco, chief economist at EY-Parthenon, told AFP.

Joe Biden now relies in particular on the American central bank, the Fed, whose mission is both to control prices and ensure full employment.

Its president Jerome Powell was received at the White House on Tuesday, in the presence of the Minister of Economy and Finance, Janet Yellen.

This meeting "is more a symbol that the administration is aware that inflation affects many households in the United States and it is a scourge that must be resolved urgently", underlines Gregory Daco.

But it also signals that “the administration does not have the power to limit inflation in a direct way,” added the economist.

The White House, which has long ensured inflation is temporary, announced a plan to speed up home construction to make housing more affordable.

It has also decided to dip into strategic reserves to contain soaring gasoline prices.

Other measures require an improbable green light from Congress.

Like increasing the taxes of the richest Americans and multinationals, had thus advanced Joe Biden in a column published Monday in the Wall Street Journal.

Or even reduce the cost of childcare to allow many mothers to join the labor market.

A shortage of labor forces employers to raise wages, which contributes to fueling inflation.

"Most" of the measures put forward by Joe Biden in this forum "either require Congress to pass legislation (good luck!), or they are policies that will be ineffective in reducing inflation in the short term", notes in a post the economist Stephanie Kelton, professor at Stony Brook University.

Inflation slowed down a bit in April, but remains close to its highest level in 40 years, at 8.3% according to the CPI index.

Another measure would be to reduce tariffs on hundreds of billions of Chinese products, which the White House is reluctant to do amid diplomatic tensions with Beijing.

Failing to have any real leeway on the trajectory of prices, the administration is now playing the communication card.

A woman in a supermarket in Annapolis (Maryland) on May 16, 2022 Jim WATSON AFP / Archives

"The president has underlined his intention to do everything he can to reduce the costs that Americans face for important items in their budget," Janet Yellen said on CNBC on Wednesday.

The Secretary of the Treasury thus evoked "prescription drugs, utility bills, the things where the president, alone or with Congress, can make a difference".

On Tuesday, she also made her mea culpa, acknowledging that she had not been able to anticipate the strength or the persistence of inflation.

Joe Biden's top economic adviser, Brian Deese, spoke to reporters at the daily White House press briefing on Tuesday, saying the president is aware "that right now, prices are the main concern of people. – prices at the pump, prices at the grocery store".

This subject is his "main economic priority", he assured, believing that "we can make this transition to stable growth without sacrificing all this economic progress if we take the right decisions".

The Fed began to raise its key rates in March, to make credit more expensive and slow demand.

And fears are now growing, of seeing a slowdown in economic growth, or even a recession accompanied by an increase in the unemployment rate.

Having started this movement earlier would undoubtedly have reduced the risk of recession, but "we would probably have experienced a faster economic slowdown, we would have had less growth than what we have today," he believes.