The Parliament, dominated by the faithful of the president of Daniel Ortega, approved Tuesday by 75 votes out of 91 the abolition of the legal personality of these associations. 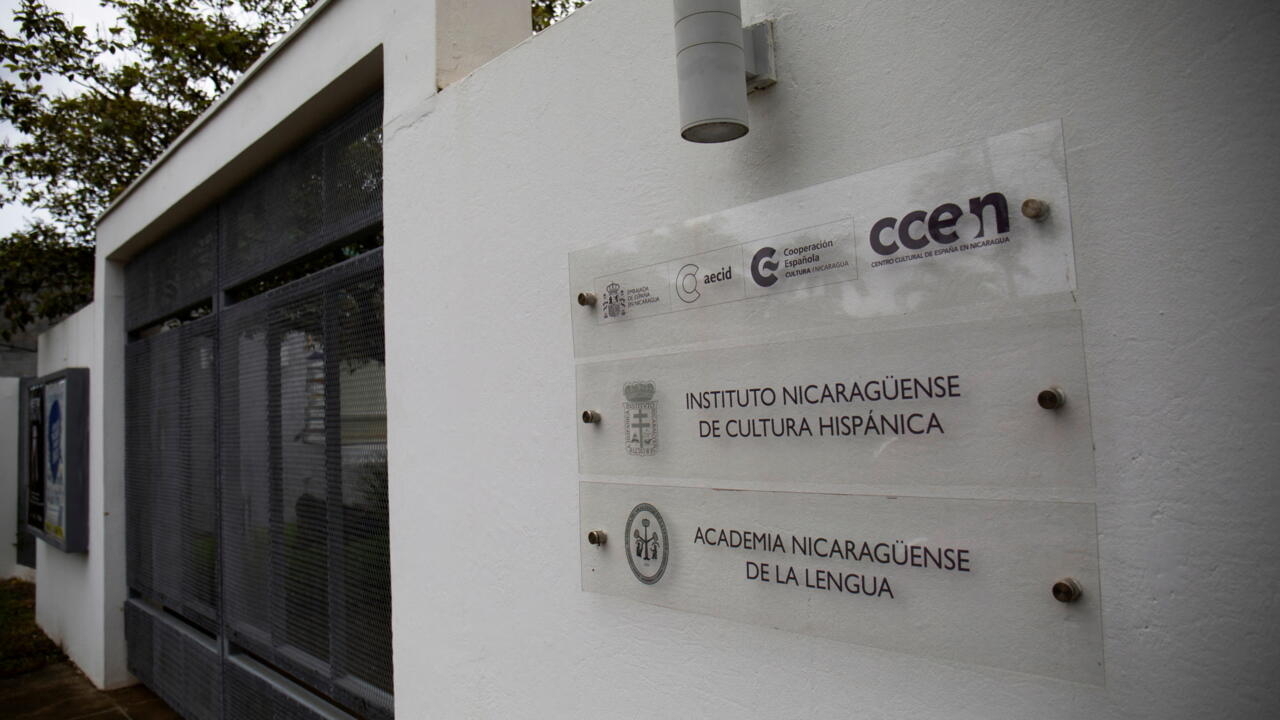 The main entrance to the Nicaraguan Language Academy, closed by decision of parliament in Managua, May 31, 2022. REUTERS - MAYNOR VALENZUELA

The Parliament, dominated by the faithful of the president of Daniel Ortega, approved Tuesday by 75 votes out of 91 the abolition of the legal personality of these associations.

This is a new blow in the repression of Ortega power.

Nicaragua's parliament on Tuesday voted to dissolve the nearly century-old Spanish Language Academy, along with 82 other NGOs and associations accused of violating the "

According to the Ministry of the Interior, the latter "

have violated and have not complied with their

legal obligations" and have "

obstructed the control and surveillance

" to which they are bound by the law of "

Founded in 1928, the Nicaraguan Academy of the Spanish Language, equivalent to the French Academy, is accused, like the other associations targeted, of not having complied with the law on "

" of 2020 which imposes on any person or entity receiving funds from outside countries to register with the Ministry of Interior.

This law also provides for a meticulous control of accounts and the suppression of civil and political rights.

," the organization said in a statement.

the functioning of an institution, whose work has contributed to the enhancement of the most precious cultural asset: the language

The Academy had already defended itself from the accusations brought against it by emphasizing that its work relates to the grammar and dictionary of the Spanish language.

Nearly 200 entities (NGOs, associations, humanitarian organizations, etc.) have so far been dissolved by the Nicaraguan authorities, who accuse them of receiving funds from abroad to foment a coup with the support of the United States. United.

twenty-five associations had been declared illegal

These include organizations for the defense of human rights and freedom of information.

, the opposition has been bloodily repressed with a balance sheet of at least 355 dead, tens of thousands of exiles and hundreds of imprisonments, according to the Inter-American Commission on Human Rights (IACHR).

Re-elected in November 2021 for a fourth consecutive term in a ballot from which all his potential major opponents were absent, the latter having been arrested or forced into exile, the Nicaraguan president is today alone at the helm of the country.

Nicaragua: the manager of the opposition newspaper "La Prensa" sentenced to nine years in prison