Fake tickets, IGPN, hooliganism ... What to remember from the hearing of Gérald Darmanin

The Minister of the Interior was heard on Wednesday afternoon by the Senate Law Commission, after the Champions League final on Saturday.&nbsp;Gérald Darmanin recognizes "that things could have been better organized". If he concedes malfunctions, he above all maintains his version. 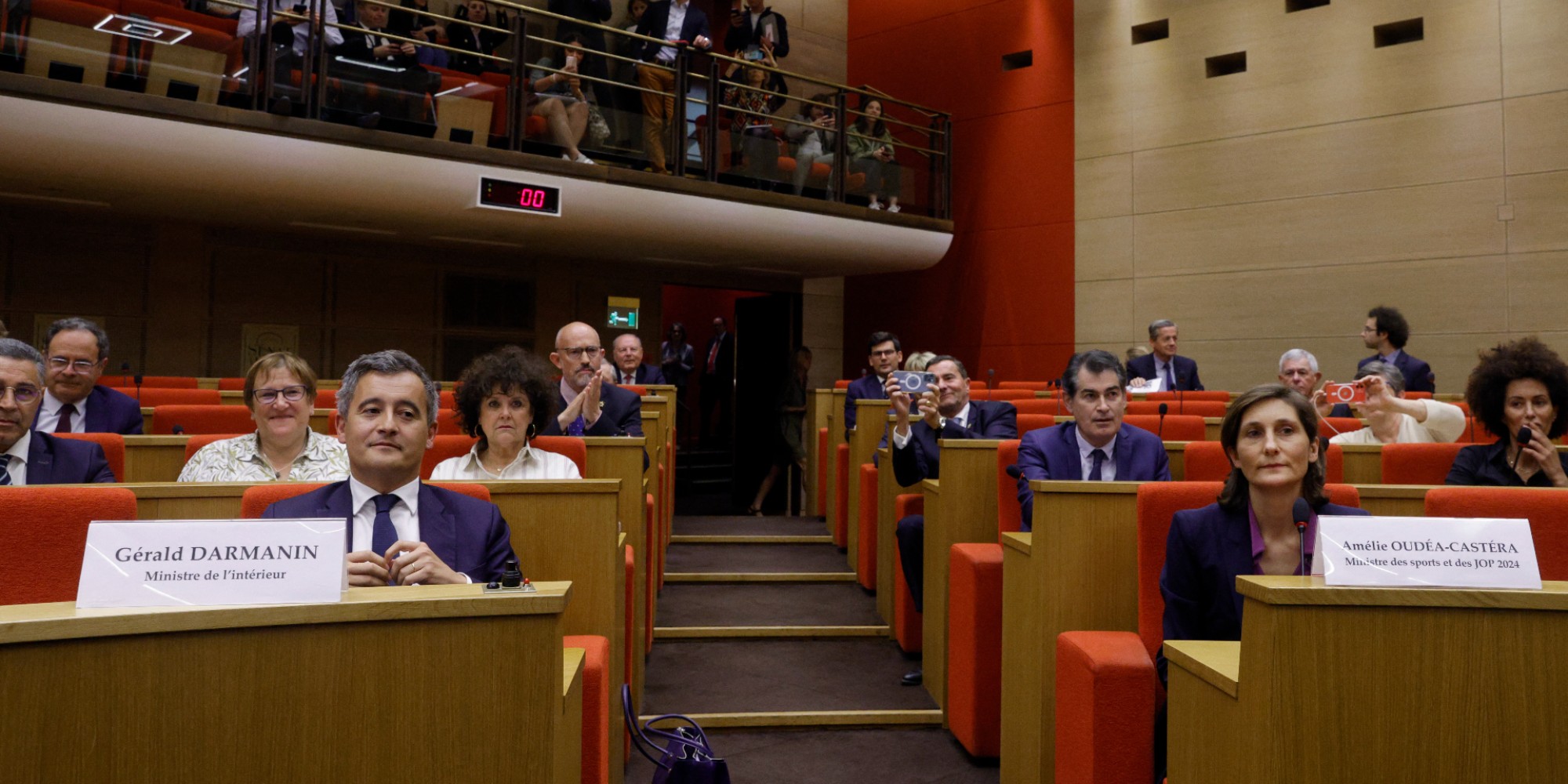 The Minister of the Interior was heard Wednesday afternoon by the Senate Law Commission, after the Champions League final on Saturday.

Gérald Darmanin recognizes "that things could have been better organized".

If he concedes malfunctions, he above all maintains his version.

The Minister of the Interior was heard this Wednesday afternoon by the Senate Law Commission.

Emmanuel Macron had asked for transparency on the events of Saturday evening at the Stade de France, on the sidelines of the Champions League final.

Gérald Darmanin recognizes "that things could have been better organized".

He concedes malfunctions, but above all, he maintains his version.

First, he maintains this figure of 30,000 to 40,000 English fans without tickets or with fake tickets.

He defends himself against accusations of an inflated figure, simply because, according to him, these figures come from sources other than the Ministry of the Interior.

"More than 50% of the tickets were fake"

"According to the teams of the French Football Federation and the Stade de France, more than 50% of the tickets, between 57 and 70% depending on the entries, were fake," he told the senators.

"It does not mean that all the supporters had fake tickets. There were many supporters who also did not have a ticket because they tried to approach the Stade de France for various reasons which belong to them. “, continued the “first cop” of France.

“In this public, there were also people who had real tickets. And it is probably on good account that some of the people who have fake tickets think that they are real. They are very difficult to recognize. You will see them yourself," he continued.

"Disproportionate" use of force

Then, Gérald Darmanin defended his device and the action of the prefect of police Didier Lallement.

According to him, the numbers were sufficient, at least to maintain order.

The only concession is that there are too few police officers to fight crime.

"We probably underestimated the number of police, or in any case the action of the public security police, from the moment, which was difficult to predict, when public order would have degenerated and we would have lifted the barriers of public order."

For the Minister, "part of the space between the RER D and the Stade de France was delivered with few police officers" and "a certain number of people who, obviously taking advantage of the confusion,

Gérald Darmanin wanted to show that he had learned the lessons of this fiasco and he is asking for sanctions, especially after shocking images of the use of tear gas, sometimes against families.

A "disproportionate" use, recognizes the minister, in particular in two cases reported to the IGPN, the police force.

Was the Paris police headquarters notified?

He asked the prefect of police for sanctions.

“Obviously, the experience deserves to be widely reviewed,” he conceded.

"So I asked now, I know that the prefect Cadot is also working on it, to see in the context of sporting events, in an exceptional event like this which has never taken place in these proportions in France, that we can obviously see different rules of employment."

However, there is still uncertainty.

Has the Paris police headquarters received and read the note from the National Division for the Fight against Hooliganism, revealed by Europe 1, which anticipated these excesses?

At first, the minister recognized a transmission problem before backpedaling a few minutes later.

Gérald Darmanin specifies that British and Spanish citizens will be able to file a complaint in their country from Monday.

As for the Minister of Sports, Amélie Oudéa-Castéra, also heard in the Senate, she promises compensation for injured supporters.