The Prime Minister of the Libyan National Unity Government, Abdel Hamid al-Dabaiba, announced that “it is not possible to allow talk of war between the Libyans again,” while the Speaker of Parliament, Aqila Saleh, announced that the Bashagha government had started its duties from Sirte. 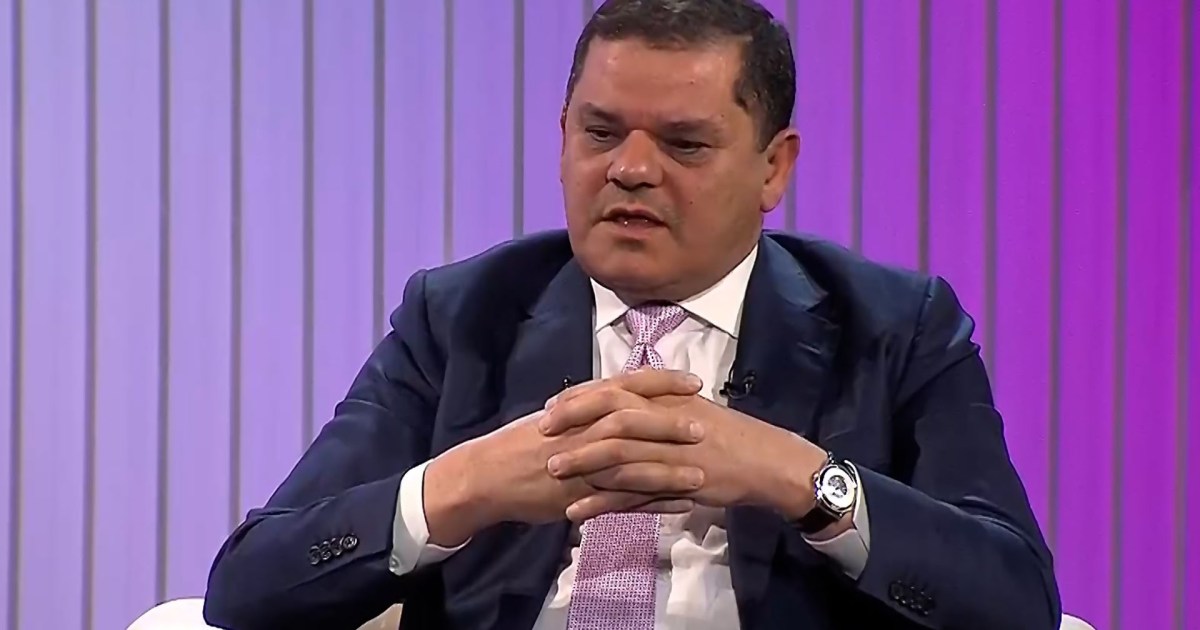 The head of the National Unity Government in Libya, Abdel Hamid al-Dabaiba, announced that it would not be possible to “allow talking about the war between the Libyans again,” while the Speaker of the Libyan House of Representatives, convened in Tobruk, Aqila Saleh, announced that the government headed by Fathi Bashagha had officially started its duties from the city of Sirte, in the center of the city. country.

"We say no to wars, no to killing, no to division, and no to confusion," Dabaiba added, while the national unity government said on Tuesday that it would not allow any party to use force or violence to cause chaos and implement and impose its own political agendas by force.

With regard to the closure of oil fields and ports by opponents for more than a month and a half, Dabaiba said that closing oil fields is a destruction of the Libyan economy and a loss of the opportunity for high oil prices.

He added, "Whoever cuts off oil and water closes the lifeline of the Libyan people," noting that his government has projects to increase oil and gas production.

In the same context, the Speaker of the Libyan House of Representatives, meeting in Tobruk, Aqila Saleh, said, "Tripoli is under the control of armed groups and it can only be entered with two options: either by fighting or with the consent of these groups, and the government will thus be under the control of these groups... In order to avoid bloodshed, the government decides to officially carry out its duties." From the city of Sirte for citizens to come to it from the east, west and south without fear.”

This came in a speech during a parliamentary session held on Tuesday to discuss the draft budget law for 2022, submitted by the Bashagha government and representatives of the Central Bank Administration, the Control and Accountability Authority, the Oil and Anti-Corruption Corporation, and the Parliament’s Finance Committee.

Saleh considered that the national unity government headed by Abdel Hamid al-Dabaiba "has expired" and refuses to hand over government headquarters in Tripoli to the government appointed by Parliament, "which is a clear deviation from the constitution and the law."

In turn, the Prime Minister-designate from the Libyan House of Representatives, Fathi Bashagha, said that his government will begin its duties from the city of Sirte in the coming days.

He added that his government "tried to enter the capital, Tripoli, peacefully, but it was met with force and incitement by what he described as the brute league."

Fears are rising in Libya that the country will slide into civil war after a split against the background of the inauguration of the House of Representatives of Bashagha as prime minister of a new government, instead of the internationally recognized government of national unity, which confirms its continuation in its duties until the election of a new government.