Shameful and humiliating suggestions.. Mathematics textbooks are causing an uproar in China

China has ordered a nationwide review of math textbooks after illustrations from nearly a decade ago caused bizarre controversy. 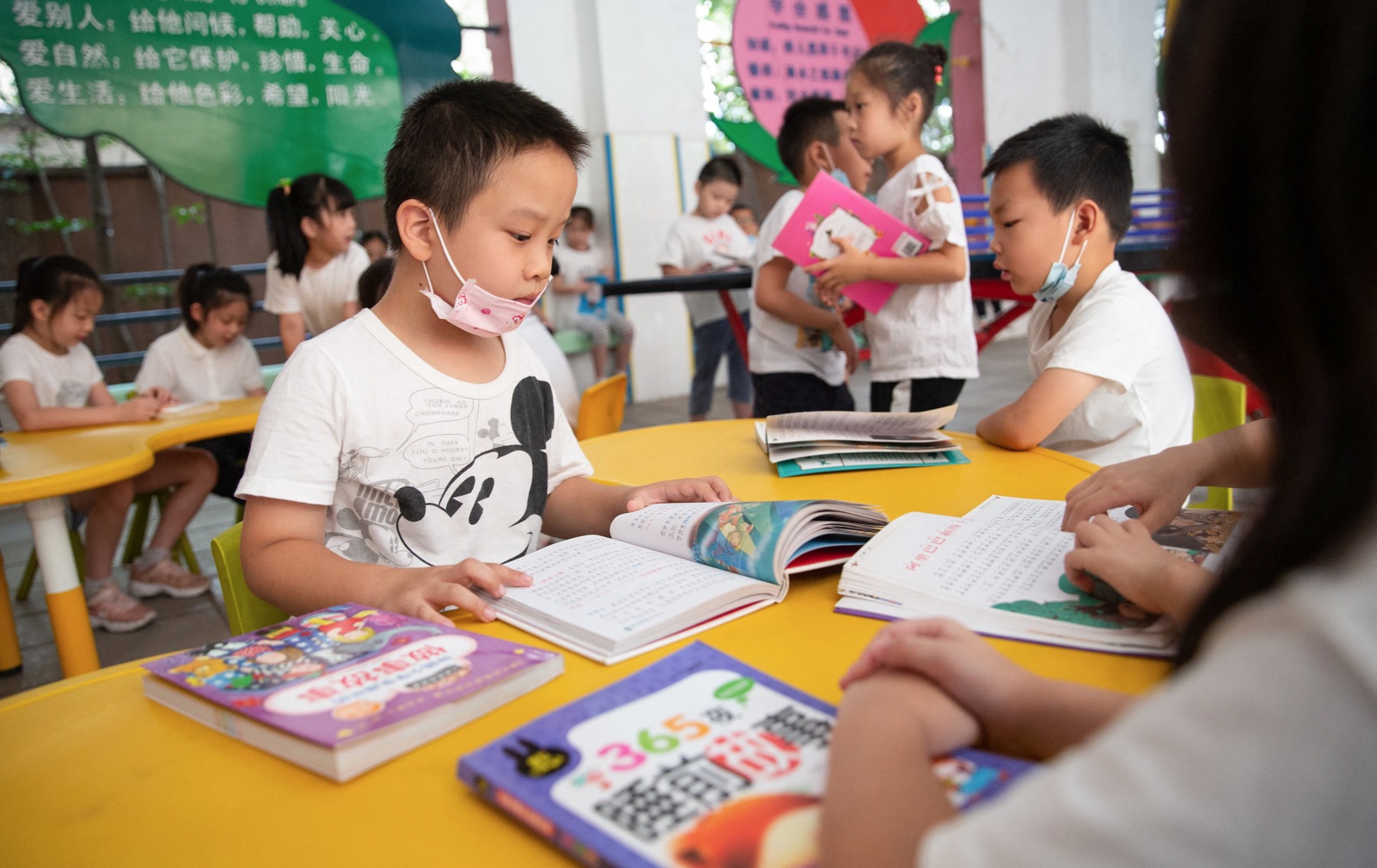 Shameful and humiliating suggestions.. Mathematics textbooks are causing an uproar in China

China has ordered a nationwide review of math textbooks after illustrations in them from nearly a decade ago caused bizarre controversy.

Some considered the images ugly, racist, pro-American and sexually suggestive, while others feared the "politicization of the issue," according to a CNN report.

Some social media users in China criticized the pictures of children with small, drooping eyes and wide foreheads, describing them as ugly, insulting and racist.

Others have been outraged by what they see as sexual connotations in the drawings, with some images showing shameful young children in their school uniforms.

In one controversial illustration of children playing, a boy is shown placing his hands on a girl's chest while another pulls on her skirt.

In another drawing, a girl's underwear is shown as she jumps on a rope.

Others have accused the illustrations of being "pro-American" because they show many children dressed in clothing plaid with the stars, stripes and colors of the American flag.

In contrast, one of the drawings was described as "anti-China", because it showed an inaccurate shape of the stars of the Chinese flag.

Discussions about illustrations in math textbooks have been going on since Thursday on social media, when images of the drawings were first circulated on the Internet and garnered tens of millions of views on the popular Chinese Twitter-like platform Weibo.

While many expressed shock that such "low-ranking" illustrations had turned into textbooks cited by the state-owned People's Education Publishing House, others questioned how such textbooks passed the rigorous publishing review process known in the country, and how they went unnoticed. Since its national publication in 2013.

This went beyond that they claimed that the painters were secretly working for foreign countries, especially the United States, without presenting any evidence for that.

Amid the uproar, the publishing house said Thursday that it would redesign the illustrations, but its announcement failed to quell public anger.

On Saturday, China's Ministry of Education stepped in, ordering the publisher to "correct and reform" its publications and ensure that the new version would be available for the fall semester. distinct Chinese culture and conforms to the aesthetic tastes of the audience.”

On the other hand, the Ministry of Education's decision has alarmed some experts and parents who fear that the campaign will turn into a political manhunt and represent an unnecessary tightening of the strict control already in place in the country on cultural publications.

The campaign will not only focus on aesthetic and moral values, but there will be an ideological component as well.

Textbooks have taken center stage in Chinese leader Xi Jinping's efforts to tighten ideological control over the country's youth and stave off the influence of "Western values".

The Ministry of Education had said, at the start of the school year, that it would include in the national curriculum Xi's political ideology, with unclear frameworks, from primary schools to graduation stages, with the start of the new school year on Wednesday.

Elementary school teachers must "plant the seeds of love for the party, the country and socialism in young hearts," according to a previous government statement on the new curriculum.

The new book designs bear eloquent quotes from the president's speeches and pictures of his smiling face.

Primary school textbooks include chapters on the achievements of Chinese civilization and the role of the Communist Party in fighting poverty and fighting the COVID-19 pandemic.

As for what will be modified in mathematics books, Dali Yang, a professor of political science at the University of Chicago, told CNN: "I'm afraid this will become a politically charged issue."

Paul Huang, a father of a five-year-old in the southern Chinese city of Guangzhou, said that while he was happy to see poorly designed illustrations while they were removed from textbooks, he was concerned that the issue had been politicized.