Ankara assures Washington: We want concrete steps from Finland and Sweden to agree to their accession to NATO

The Turkish presidency of the United States confirmed that it wants to see concrete steps from Finland and Sweden regarding the presence of what it described as "terrorist organizations" in the two countries before it considers their applications to join NATO. 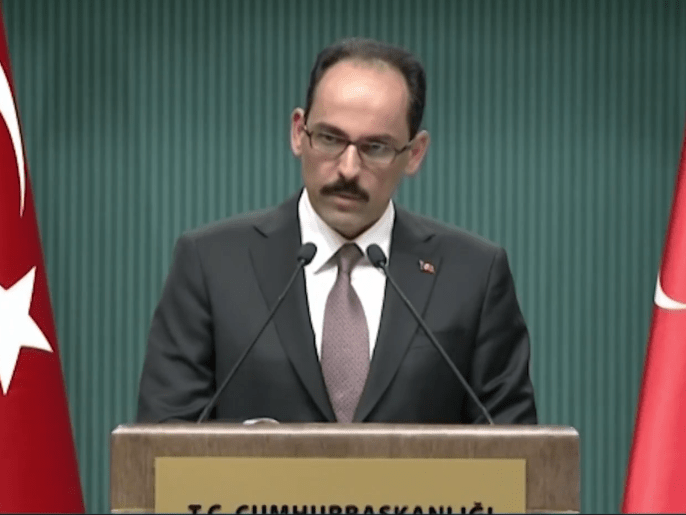 The Turkish presidency of the United States confirmed that it wants to see concrete steps from Finland and Sweden regarding the presence of what it described as "terrorist organizations" in the two countries, before considering their applications for membership in the North Atlantic Treaty Organization (NATO).

The Turkish presidency added in a statement that US National Security Adviser Jake Sullivan and Turkish presidential spokesman Ibrahim Kalin spoke to discuss the two countries' efforts to join NATO and the war in Ukraine.

Turkey objected to the two countries joining the Western defense alliance on the grounds that they harbor people linked to the Kurdistan Workers' Party and other groups it considers terrorist, and because the two countries halted arms exports to Turkey in 2019.

The Turkish presidency added in the statement that Kalin told Sullivan in a phone call that the countries that want to join the alliance "must comprehend the alliance's values ​​and principles related to security and the fight against terrorism."

The statement stated that it was stressed that it is necessary for Sweden and Finland to take concrete steps against terrorist organizations that threaten Turkish national security.

In the call, the White House said Sullivan expressed his support for Turkey's ongoing and direct talks with Sweden and Finland to address concerns about their applications to join NATO, which the United States strongly supports.

NATO expansion requires the approval of all 30 member states of the alliance.

Sweden and Finland say they condemn terrorism and are open to dialogue.

Turkish President Recep Tayyip Erdogan stressed that his country's approval for Sweden and Finland to join the alliance depends on the extent to which these two countries take into account Turkey's security concerns.

Erdogan told the British magazine "The Economist" that the position of Sweden and Finland regarding taking into account the security concerns and sensitivities of the countries with which they want to ally themselves, will determine the extent to which Turkey wants to see these two countries as allies.