“At night they break into the houses of local residents”: the Ministry of Defense of the Russian Federation announced punitive raids by nationalists near Kharkov

Ukrainian nationalists are conducting punitive raids in the Kharkiv region, breaking into the homes of residents whom the SBU suspects of pro-Russian sentiments, the Russian Defense Ministry said. According to the agency, militants from the Kraken unit are beating civilians and taking them away in an unknown direction. The fate of dozens of detainees remains unknown. Along with this, the Russian military continues to record cases of use by Ukrainian formations of civilian infrastructure for military purposes, including schools, cultural centers and residential buildings. 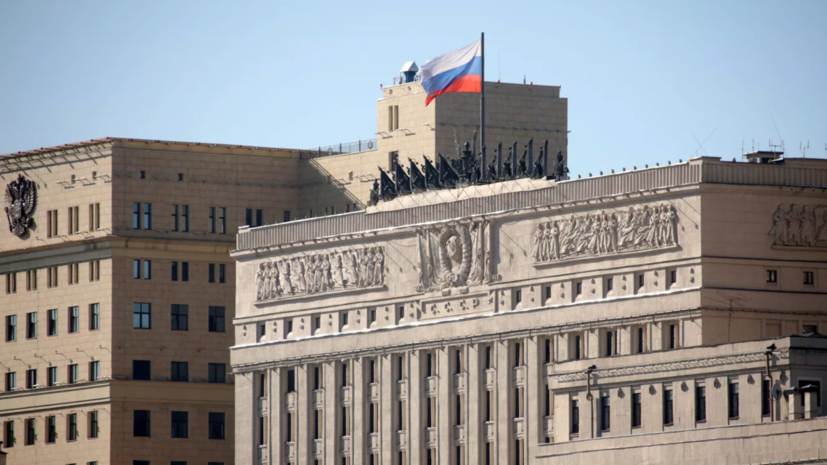 The Russian Defense Ministry said that Ukrainian nationalists are conducting raids in the Kharkiv region against local residents who are suspected of pro-Russian views.

“The militants of the nationalist unit Kraken, formed mainly from radicals and rapists and murderers released from prisons, carry out punitive raids, during which the so-called death squads break into the houses of local residents at night, suspected by the SBU of pro-Russian sentiments,” said the head of the National Defense Command Center of the Russian Federation, Colonel-General Mikhail Mizintsev.

As clarified in the department, during such raids, civilians are subjected to physical violence and taken away in an unknown direction.

According to the Ministry of Defense, many residents of the Kharkiv region detained in this way did not return home, there is no information about them.

At the same time, the department continues to record the facts of Kyiv's inhuman treatment of the civilian population, as well as numerous cases of the use of civilian infrastructure by military personnel of the Armed Forces of Ukraine and nationalists for military purposes.

In particular, on the territory of one of the schools in Kharkiv, as well as in one of the city houses of culture, the forces of the Armed Forces of Ukraine and the territorial defense equipped strongholds and warehouses with ammunition, placed artillery and multiple launch rocket systems.

It is noted that local residents under the pretext of ensuring their safety are kept in the basement.

“The approaches to these buildings are mined, but the local population was deliberately not notified about this,” the Ministry of Defense stressed.

Along with this, the militants of the “Right Sector” * equipped firing positions and sniper points in residential buildings in the village of Borovskoye on the territory of the LPR, controlled by the Kyiv regime.

As noted in the defense department, attempts by civilians to evacuate to safe areas are severely suppressed.

Similar cases are recorded in the areas of the DPR occupied by Ukrainian troops.

In Kramatorsk, neo-Nazis and foreign mercenaries placed heavy weapons on the territory of the boarding school.

The building of the institution is equipped with a strong point and an ammunition depot.

In Avdiivka, on the first floors of residential buildings, in one of the schools and buildings of the anti-tuberculosis dispensary, the personnel of the Armed Forces of Ukraine were placed.

Moreover, civilians are kept by force in the basement.

The Defense Ministry stressed that the collective West is not interested in conducting an impartial investigation of the catastrophic humanitarian situation in Ukraine and prefers to shift the blame to Russia.

Also on russian.rt.com The DPR said that the Armed Forces of Ukraine fired on Donetsk from American howitzers M777

Meanwhile, the People's Militia of the DPR announced the destruction by the forces of the republics of more than 30 Ukrainian nationalists on May 30.

“Since the beginning of the current day, our servicemen have destroyed 33 Ukrainian nationalists, four tanks, two infantry fighting vehicles.

Two armored personnel carriers were captured, ”the People’s Militia reported in the evening.

At the same time, representatives of the DPR reported that the enemy fired more than 150 shells from MLRS of various types across the territory of the republic in a day, and also used large-caliber artillery.

As a result of the shelling, five civilians were killed and 17 more were injured.

Restoration of communication in the Kherson region

The military-civilian administration (CAA) of the Kherson region asked Russia to help restore mobile communications in the region, which were cut off as a result of shelling by the Ukrainian side.

“Due to the terrorist shelling of the Armed Forces of Ukraine, a large-scale accident occurred on the backbone network.

As a result, the main communication centers were destroyed, there was a global shutdown of mobile operators.

More than half a million people were left without communication, ”says a message published on the Telegram channel of the VGA.

In this regard, the authorities of the Kherson region turned to Moscow with a request to use the capabilities of Russian telecommunications companies to restore communications in the region.

“This is vital for the region and will be gratefully received by all Kherson residents,” the statement says.