The debater: Abolish the humiliation and withdraw the NATO application

Turkey's list of requirements has put Sweden's NATO application in a different light. The author, debater and Svenska Dagbladet columnist Lena Andersson thinks that Sweden should withdraw its application. - To lift the humiliation, we need to go back, she says. 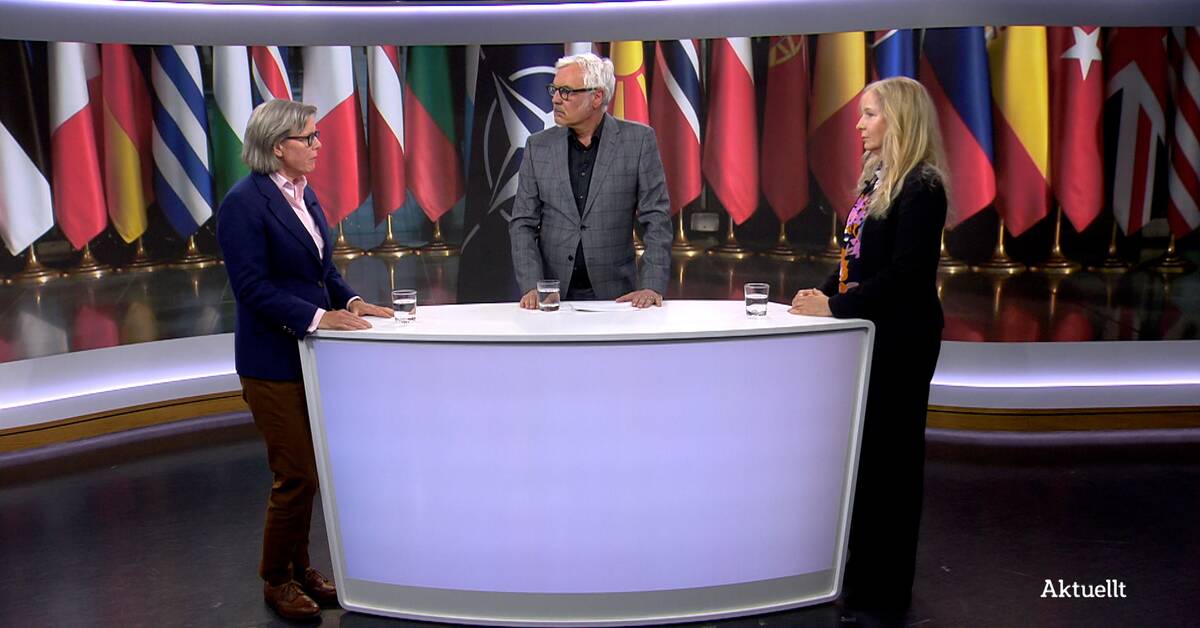 Last week, Turkey came up with a five-point list of requirements for approving Sweden as a member of NATO.

Turkey demands, among other things, that Sweden stop financing terrorism and that Sweden start exporting weapons to Turkey again.

Lena Andersson and Expressen's political editor Anna Dahlberg - who thinks Sweden should stick to its application - met in Monday's Aktuellt.

Lena Andersson describes the debacle as a "degrading process".

She believes that the situation has changed since Sweden decided on NATO membership.

- Turkey demands a lot of unreasonable things that are undemocratic.

Then I think it's a different situation.

To lift the humiliation, we need to go back, she says.

Anna Dahlberg does not agree.

- The only one who would benefit from it is Putin, she says.

On the other hand, she signs that Sweden has ended up in a nightmare situation.

- Erdogan stands as an authoritarian doorman to the free world club.

If we now turn on our heels, we would disappoint Finland, which is patiently standing by our side and waiting, but also the Baltics, who have felt an immense relief that Finland and Sweden are joining NATO.

Lena Andersson thinks that Sweden can back off on its own.

- I do not understand how this should be resolved.

Turkey does not intend to give up an inch.

And this with Finland, then Sweden will have to back out alone - they do not have the same problem.

If Sweden is to face Turkey at some point, Lena Andersson thinks that Sweden should be able to export weapons to Turkey.

But this extradition of Kurds shows an undemocratic mentality.

What values ​​does NATO defend?