Olympic Games: The scooter is heading towards 2028, the roller is aligned

"Being an Olympic champion is crazy!" Esteban Clot, 17, is convinced that his sport, the scooter, will be at the Olympic Games in 2028 in Los Angeles, in the new spirit initiated by skateboarding.… 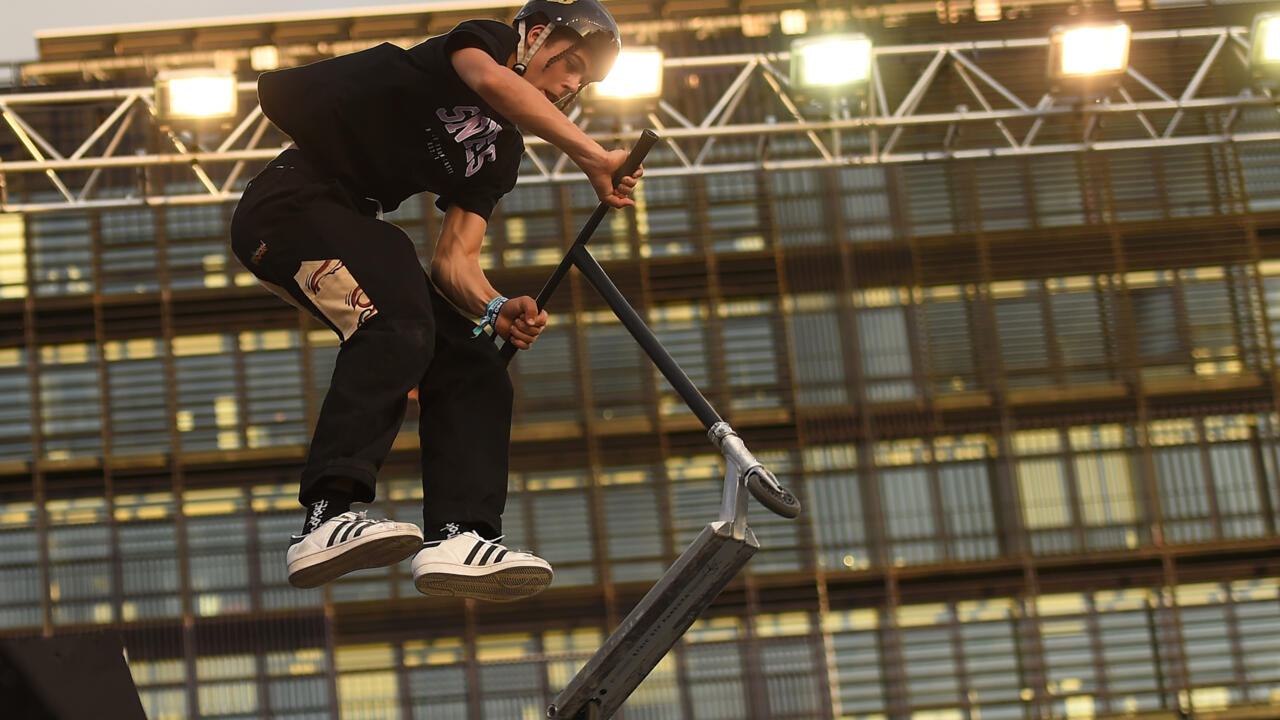 In front of thousands of people during the Fise in Montpellier - an unmissable event for urban and extreme sports - scooters and rollerblades put on a show in the street park event (performing tricks in a park containing modules), one of the two categories of skateboarding which made its Olympic debut at the Tokyo Games in 2021. And the International Skateboard Federation (World Skate) does not intend to stop there.

“We are currently talking with the International Olympic Committee. Our DNA is an advantage because it is an urban DNA, and with the help of host cities like Los Angeles (2028) or Brisbane (2030), we have a good chance of 'to have other sports in the future,' Francesco Zangarini, sports director at World Skate, told AFP.

"There are millions of young people around the world and it's exploded since last year. That's why the scooter could be recognized by the Olympic movement. We have already presented it to the IOC and we have already talked about Los Angeles with them", indicates Zangarini, in charge of the development of the 12 disciplines of the World Skate (135 affiliated federations).

The scooter - called "trotte" by the French-speaking community and "scooter" in English - is the youngest member of the family of urban sliding sports, commonly called "freestyle" and also present in cycling at the Olympics with the BMX Park (entered at the Tokyo Games).

Frenchman Matthias Dandois trains during the BMX Flatland World Cup, May 27, 2022 at the International Festival of Extreme Sports, May 27, 2022 in Montpellier Sylvain THOMAS AFP / Archives

In 1996, the Swiss Wim Outboker revived a scooter from his childhood.

Since then, more than 50 million models have been sold, underlines the CEO of Micro France to AFP, noting that the "freestyle scooter market has experienced a huge boom like all board sports in 2020 and 2021 during and after -pandemic".

An exploding market, a particularly young population, a strong presence on social networks: arguments that can seduce the Olympics.

"There are so many people on scooters that it would seem strange to me that in 2028 we would not be there (at the Olympic Games). is not bad. Frankly, with all the little ones who practice, the videos... I don't see why there is BMX, skateboarding and not trotted in 2028", launches Esteban Clot, turned pro at 15 years old.

Frenchman Esteban Clot on his scooter, during the street park event, on May 26, 2022 at the International Festival of Extreme Sports in Montpellier Sylvain THOMAS AFP / Archives

Still a victim of conflicts with the greatest of skateboarding and BMX, the scooter must however structure itself to aim higher.

What Zangarini "works hard" for, whose Federation took over the scooter when the International Scooter Federation (ISF) already existed.

On the other hand, there is much to do in terms of sporting equity between men and women.

During the Fise, there were no pro riders on scooters.

Inline skating, on the other hand, prides itself on a very significant female representation.

"For a sport to enter the Olympics, you honestly need parity. Skating could be preferred for that. There are ten girls in the world on a trot. In rollerblading it's really a lot", notes the AFP the French Manon Derien, one of the riders in inline skating, citing the explosion in the level and participation of girls in BMX freestyle since the Olympic label.

Skating, at the origin of the creation of the World Skate in 1924 with rink-hockey, had its boom years in the 90s with the Rollerblade brand, then the bottom of the wave between 2002 and 2010. Before returning these last two, three years carried by the very trendy return of the fashion of the 90s.

But to enter the Games, skating "must be more urban" warns Zangarini, who does not lose hope for 2028.

The Olympics will then be in Los Angeles, a cult place for rollerblading.