The Lyonnaises clinched their 15th French championship title on Sunday, completing their season of reconquest with another striking success at their Parisian rivals (1-0), which open a… 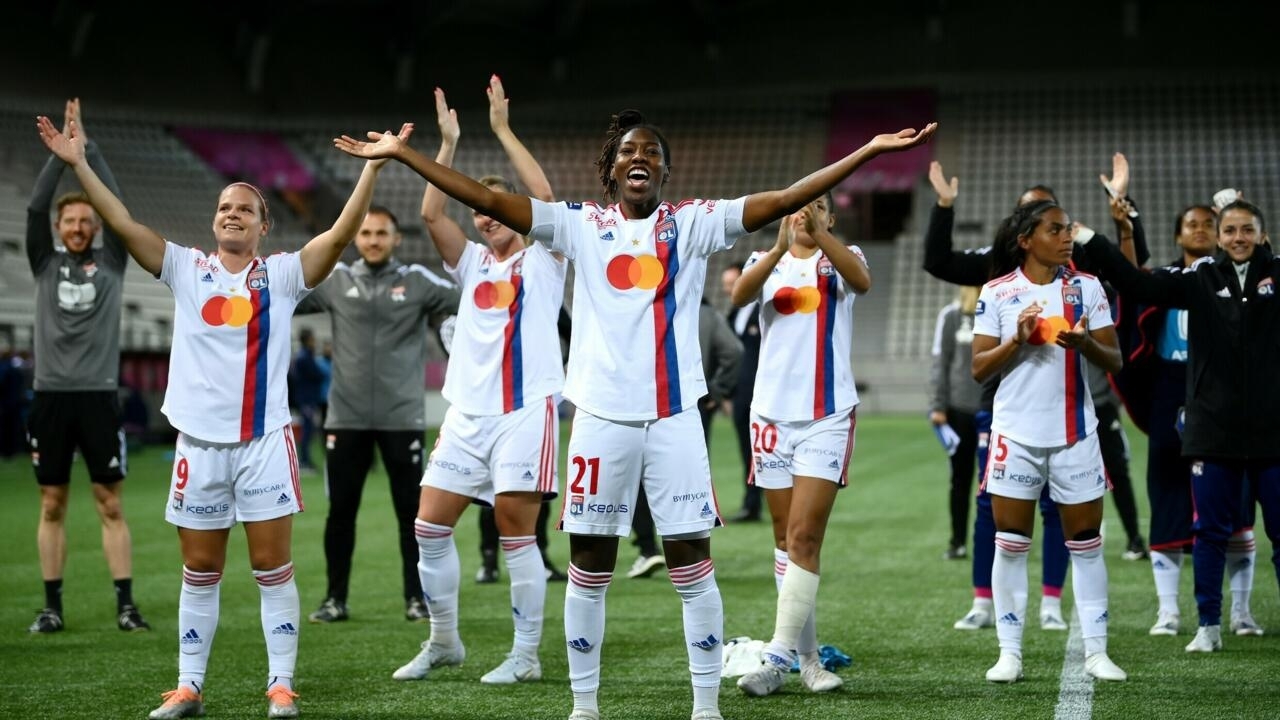 As a symbol, this season had to know its epilogue at the PSG-OL summit, the most awaited poster of the women's D1, the one that crystallizes the most tensions, the one that also summarizes the gap that separates the champion from his dolphin.

Last season, for the first time in fifteen years, the champion was called Paris and the runner-up Lyon, the result of a gradual rebalancing of the forces present in recent years in French women's football.

But OL, stung by this unusual rout, quickly bounced back: here they are, 24 months later, again at the top of the French hierarchy, eight days after having returned to the happiness of a title in the League of champions, the 8th in its great history.

This royal week started with a flamboyant success against FC Barcelona, ​​defending champion disgusted 3-1 in Turin in the C1 final on Saturday May 21.

It ends with a proud victory at the Jean-Bouin stadium, against a PSG at worst, overtaken in the 3rd minute by a goal from Catarina Macario.

The joy of American midfielder from Lyon Catarina Macario, congratulated by Norwegian striker Ada Hegerberg, after opening the scoring against Paris Saint-Germain, during the 21st day of D1, May 29, 2022 at Stade Jean Bouin in Paris FRANCK FIFE AFP

4 out of 5 for OL against Paris

With an eight-point lead with one day to go, OL can no longer be caught.

A draw would have been enough for him on Sunday, but Wendie Renard's partners did not miss the opportunity to beat their rivals for the 4th time in 5 confrontations this season.

These eight points difference, a chasm in a D1 archi-dominated by these two clubs, alone sum up the season of the two teams: almost perfect for OL, disastrous for Paris.

PSG, all the same winner of the Coupe de France, will have to rebuild everything, or almost: its coach Didier Ollé-Nicolle was sidelined after an "inappropriate gesture" towards a player, the affair of the Kheira Hamaroui's aggression continues to pollute the locker room, and major changes are already expected in the organization chart of the women's section.

The coach of the Paris Saint-Germain women's team Didier Olle-Nicolle, during a press conference, April 29, 2022 in Paris, on the eve of the semi-final second leg of the Champions League against Lyon at the Parc dee Princes FRANCK FIFE AFP/Archives

In the workforce, the expiration of the contract of top scorer Marie-Antoinette Katoto, still the most dangerous striker on Sunday, will be the priority for the next few days.

The Euro, a common objective

The Parisian ultras called on her to stay "in Paris", songs in support, not without first reminding her on a banner that "only the real ones stay", a week after the announcement of Kylian Mbappé's extension .

Paris Saint-Germain striker Marie-Antoinette Katoto tries to outflank the American midfielder from Lyon Catarina Macario, during the 21st day of D1, on May 29, 2022 at the Stade Jean Bouin in Paris FRANCK FIFE AFP

The spectators were just over 4,300 on Sunday evening in a sparse Jean-Bouin stadium, proof that the fervor in the Champions League this season, with several attendance records all over Europe, is still struggling to be sustainable in the French championship .

To foresee a more followed 2022-23 season, at the stadium or at a distance, the D1 will undoubtedly have to count on a successful Euro of the French in England from July 6 to 31.

Still looking for their first international title, Les Bleues can now fully focus on European competition, with, for a dozen or so players present on Sunday evening, a real chance of appearing in coach Corinne Deacon's list.

Present at Jean-Bouin, Deacon has made an appointment this Monday, at 1 p.m. on TF1, to reveal the identity of those who will be on the trip... And this time, Lyonnaises and Parisiennes will share a common objective.