The philosophy professor about the school: "The system has let the children down"

One explanation behind the increasingly pressured situation for Swedish students with high stress levels is the control system "new public management" in the public sector, says Jonna Bornemark, professor of philosophy who is now reacting to the World of Science's Swedish school experiment. She points out that the human disappears in today's school. 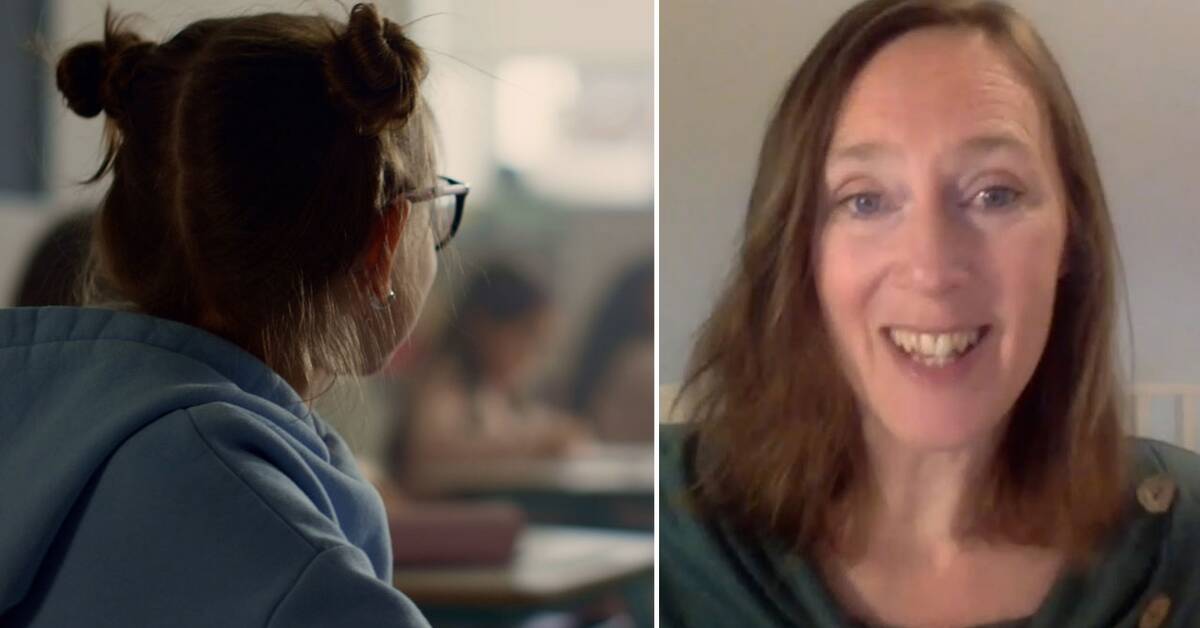 In the World of Science series The Swedish School Experiment, we get to follow researchers, teachers and students who describe increased stress and mental illness linked to increased demands in school.

Jonna Bornemark, professor of philosophy at Södertörn University who, among other things, has been a guest lecturer at the National Agency for Education's school leader educations and principal educations, is now reacting to the program.

- It is very clear that the school loses focus on knowledge and learning when there is such a focus on achievement.

We perform for the sake of learning and for the sake of knowledge, but the paradox is that learning fades when it only becomes important to tick the boxes "now I have done this and that and that".

She has written the book The Immeasurable Renaissance - A Settlement with the Pedant World Dominion.

There she describes the emergence of "new public management" - a control system that was introduced in the public sector in the late 1990s, but which received its strongest boost after the 2010s.

According to Jonna Bornemark, the control system that also permeates the school is, according to her, connected with what she calls the marketing of the public sector.

The idea is to steer through goal and result fulfillment and therefore clear measurable goals are set, says Jonna Bornemark.

- There is a very large focus on paperwork, manuals and checklists of what is to be fulfilled.

The important thing is to quantify and measure.

The teachers' job is very much about doing as it is said, not about facing a concrete situation or this concrete child.

The teachers become people who obey orders, who do as they say.

If the teachers are like that, then in the long run the students will also be like that.

- Your program clearly shows the effects of it.

People do not feel good about it.

Students actually feel good about learning things and discovering that they develop, but there is no time for that.

Instead, many students put the blame on themselves when they fail to meet the requirements.

Zelda graduated from primary school three years ago without a passing grade.

15 percent of all students in Sweden graduate ninth without grades in all subjects.

- We heard it from the girl Zelda in the program for example.

You just want to shout - it is not you who is inadequate, it is the system that has let you down.

It is so clear that we are the ones who have failed, says Jonna Bornemark.

Jonna Bornemark also thinks that the view of knowledge in school with a strong focus on facts is narrow.

That kind of ability is super important.

But then there must be other subjects such as aesthetic subjects, sports and crafts where other types of abilities may stand in their own right.

But we have lost it completely.

The human view that permeates "new public management" is that we should function like a computer or a robot, says Jonna Bornemark.

- A robot is incredibly good at following manuals.

But they are not sentimental, appreciative and experienced.

Manuals can be a great support in a profession, but they are very bad gentlemen.

They can not become people with their ability to feel a unique situation and perceive the world in all its complexity.

We are becoming a bad version of a digitized system.

In this way we renounce our own humanity.

It's a dangerous human view.

"We only obey orders" is a view of man that has no positive historical resonance.

One of the teachers in the program says that the "air" in the teaching is gone, that they, for example, no longer make excursions to museums.

Teacher Marie Nordling feels that all "air" in the teaching has disappeared.

"We do not have time for excursions, for example."

- It is such a strong metaphor.

Without air we can not breathe.

We know how important excursions are for the social, to be able to see knowledge from another direction, that school is a part of society and that knowledge is not just plugged into a classroom.

There is so much we miss.

Here I also know that there is a micro-resistance among teachers who ignore the check-in box because "now we need something else".

Play the video and hear Jonna Bornemark talk about what kind of knowledge the students miss in today's school.

See more about school research in The Swedish School Experiment in the World of Science, which will be rebroadcast on Sunday 29 May at 20:00 on SVT2 or on SVT Play.