Qatar and Jordan condemn the storming of Al-Aqsa, Egypt calls for stopping any measures that threaten the identity of Jerusalem, and the United Nations calls for avoiding violence 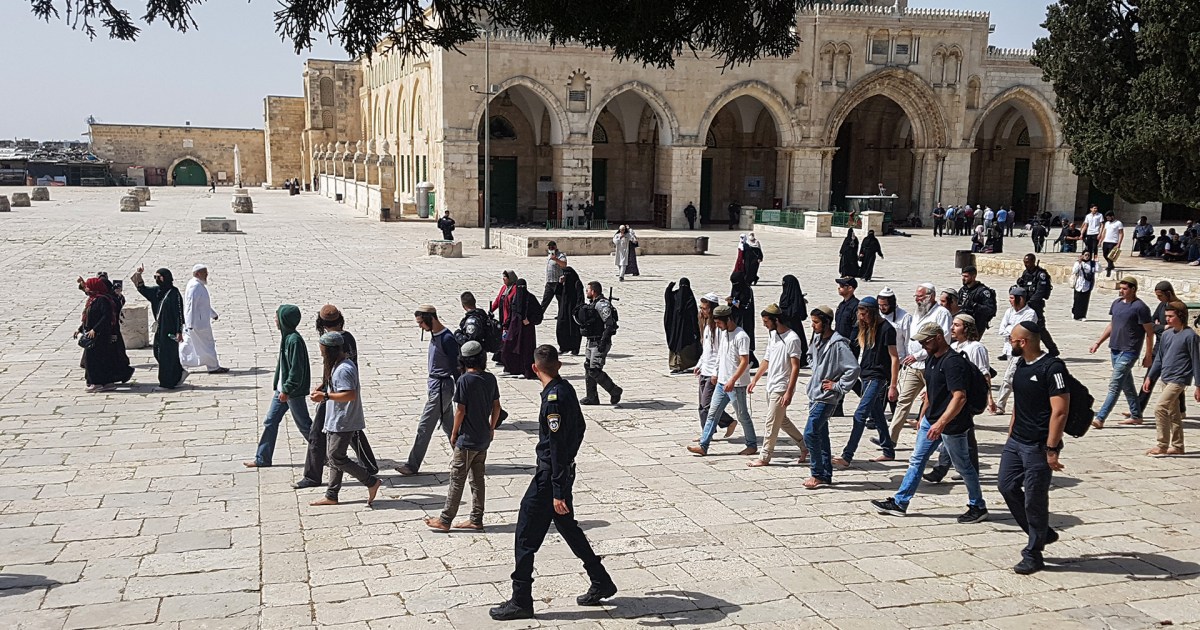 In Qatar, the Ministry of Foreign Affairs condemned settlers' storming of the blessed Al-Aqsa Mosque, and their performance of Talmudic prayers in the courtyards of Al-Aqsa Mosque under the protection of the occupation police.

And it considered that this constitutes a flagrant violation of international law, and an extension of attempts to change the historical and legal status of Al-Aqsa Mosque and push for the temporal division of the mosque, and a provocation to the feelings of Muslims in the world.

And she warned that the continuation of serious and provocative violations against Al-Aqsa Mosque clearly reveals the occupation's desire to direct the conflict into a religious war.

She stressed the need for the international community to act urgently to deter the Israeli occupation.

The Jordanian Ministry of Foreign Affairs warned of a worsening of the situation in light of allowing the provocative and escalatory process in occupied Jerusalem.

She stressed that the extremists' incursions and provocative behavior constitute a violation of the existing historical and legal situation, and of international law.

It also stressed that the Holy Mosque in its entirety is a place of worship purely for Muslims, and that the Jordanian Endowment Department is the legal authority exclusively competent to manage the affairs of the campus.

For his part, Egyptian Foreign Minister Sameh Shoukry stressed the need to stop any measures or practices targeting the Arab, Islamic and Christian identity of the city of Jerusalem and its sanctities, as well as to change the existing historical and legal situation.

And Shoukry warned, when meeting Jibril Rajoub, Secretary of the Central Committee of Fatah Movement, of the impact on the stability of the situation in the Palestinian territories.

He considered the continued expansion of settlement activity, confiscation of land and displacement of Palestinians as undermining the chances of reaching a two-state solution and the prospect of establishing a comprehensive and just peace in the region.

The Egyptian minister also stressed his country's firm position on supporting the Palestinian cause and the legitimate rights of the Palestinian people, and the importance of reviving the path of negotiations leading to the establishment of an independent Palestinian state on the 1967 borders with East Jerusalem as its capital.

UN calls for violence to be avoided

For its part, the United Nations, today, Sunday, called on the Palestinians and Israelis to exercise restraint and take wise decisions to avoid violence.

The United Nations Special Coordinator for the Middle East Peace Process, Tor Wencesland, expressed his deep concern about what he described as the "escalating spiral of violence that has claimed the lives of many Palestinians and Israelis in recent weeks."

Wencesland called on all parties to exercise maximum restraint and make wise decisions to avoid another violent conflict that will only cost more lives.

The international call came, coinciding with the launch of thousands of Israelis, in a march of flags, from the Bab al-Amoud area, to commemorate the 55th anniversary of the occupation of East Jerusalem.

There is great tension in Jerusalem, as a result of a series of incursions by settlers into Al-Aqsa Mosque, on Sunday, under the protection of the Israeli police, coinciding with the start of the march.

The Department of Islamic Endowments in Jerusalem said that the number of settlers storming Al-Aqsa Mosque reached 1,687.

Sunday's incursions witnessed a dangerous development, as dozens of settlers performed Talmudic prayers, during which they lay on the ground in the courtyards of Al-Aqsa, in what is known as epic prostration among Jews, and others raised Israeli flags under the protection of the police, in clear violation of the status quo.

The status quo (statistic) is the situation that prevailed in the Islamic and Christian holy places during the Ottoman period, and continued during the British Mandate of Palestine and Jordanian rule, and even after the Israeli occupation of Jerusalem in 1967. Nevertheless, Israel claims, constantly, that it is committed not to prejudice the status quo.