Presidential election in Colombia: the left for the first time in power? 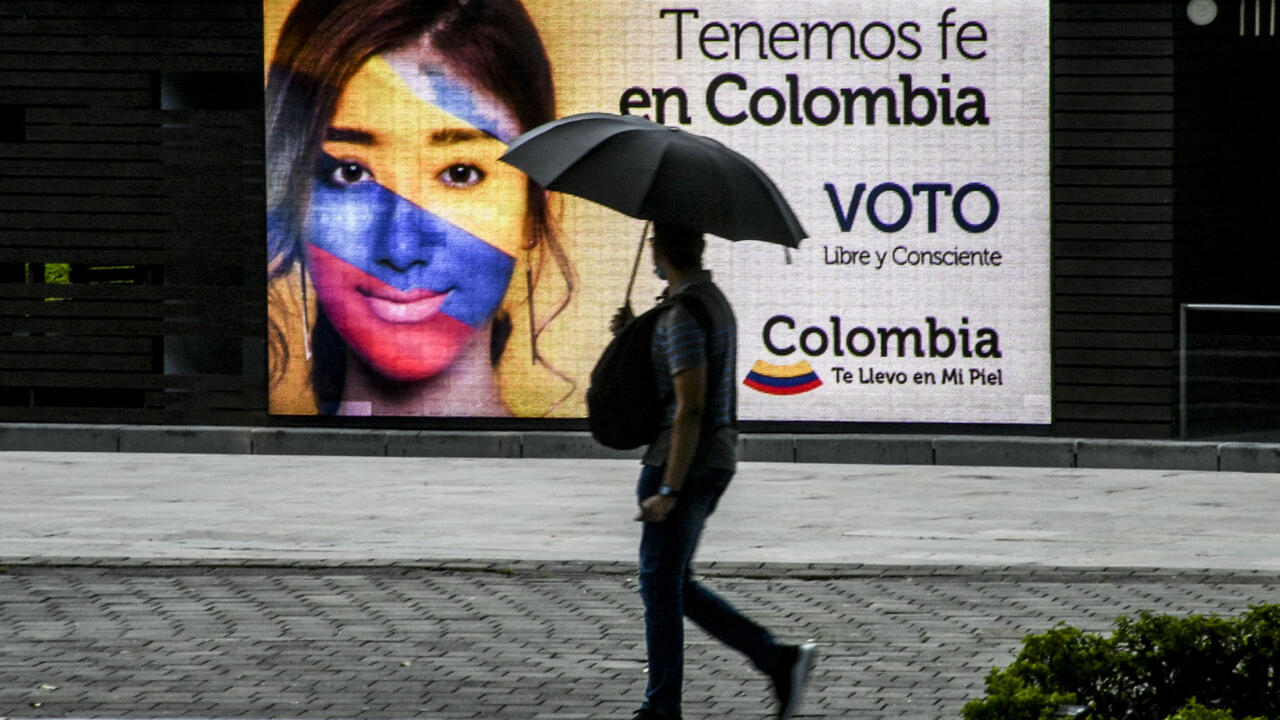 Colombia votes on Sunday, May 29, to choose a new president, with the leitmotiv of the change to which the vast majority of Colombians aspire, and an opponent as a favorite: Gustavo Petro, who could become the first left-wing president in recent history. from the country.

Nearly 39 million voters are expected in 12,000 polling stations, where they will have the choice between six candidates, to designate a replacement for the unpopular outgoing conservative president Ivan Duque, who cannot run again [the Colombian Constitution obliges single-term presidents].

The election is taking place in a climate of intense political tension, after four years without major fundamental reforms marked by the pandemic, a deep recession, massive demonstrations in the cities and an increase in violence by armed groups in the countryside.

Gustavo Petro and his slogan "For life"

The "paro" (strike) of spring 2021, severely repressed by the police, revealed the extent of frustration, especially among young people, in the face of poverty, inequality and corruption, an evil endemic in the country.

In rural areas, guerrillas and armed groups linked to drug trafficking have increased their violence and their hold on communities, undermining the few achievements of the peace agreement signed in 2016 with the Marxist FARC.

>> To see on France 24: Special program: CAP AMERICAS the hopes and expectations of Colombian youth

Leading the polls, left-wing senator Gustavo Petro, an ex-guerrilla convert to social democracy, economist and former mayor of Bogota, has capitalized on the thirst for "change" which he has made his emblem.

The running mate Francia Marquez, a striking phenomenon of the campaign

In the end, there are two options", he judged during a final debate on Friday. "Either we stay on what we have: corruption, violence and hunger.

Either we change to move towards peace, productive progress, and a democracy with transparency", he promised, calling on his fellow citizens to unite "for life", another flagship slogan of his campaign.

>> To read on France 24: Colombia: Francia Marquez, an Afro-Colombian environmental activist, soon to be vice-president?

This is the third time that Gustavo Petro, 62, has taken part in the presidential election, and for many activists from his left-wing coalition of the "Historical Pact" - which came out on top in the legislative elections last March - it is "now or never".

Petro presents himself with as a running mate for the vice-presidency an Afro-Colombian, Francia Marquez, a charismatic activist with a feminist and anti-racist discourse, who has already established herself as one of the outstanding phenomena of this presidential election.

Opposite, the conservative candidate Federico Gutierrez, former mayor of Medellin, wants to be the defender of "ordinary" Colombians, to whom he promises "order and security".

From the classic speech denouncing the "communist" scarecrow, "Fico", for its supporters, has also adopted in recent days the refrain of change, calling itself the candidate of "common sense".

"What I want is to unite Colombia because it needs a change. But this change must be safe, to bring us to a good destination without endangering […] the country", affirmed " Fico" in Friday's debate.

Throughout his campaign, he took care to distance himself from the outgoing president and the old Colombian right, embodied by the Democratic Center, the party in power, today in disarray.

"Fico" is seriously hounded in the polls by independent candidate Rodolfo Hernandez, a 77-year-old entrepreneur with a populist discourse vilifying corruption.

A second round is scheduled for June 19 in the event that, very likely according to the press, Petro does not pass the majority of the 50%.

Very polarized, the campaign was marked by assassination threats against the favorite and his Afro-Colombian running mate, constantly protected by a hedge of armored shields.

The past few days have shown a “high level of violence and disinformation […] on social networks and the media”, alarmed the Electoral Observation Mission (EOM), a coalition of NGOs.

After inconsistencies in the pre-counting of the legislative elections to the detriment of his camp, Petro has already said he is worried about a "lack of guarantees" for this Sunday, in particular around the counting software which could not be audited at time despite the instructions of the judiciary and the government.

>> To see: Presidential election in Colombia: the left at the gates of power?

"We have doubts," he repeated on Friday, even referring to possible "fraud".

A plethora of international observers will also monitor the poll, including missions from the Organization of American States (OAS) and the European Union (EU) which called for "moderation and responsibility".

"Everything is ready," says the National Register, in charge of organizing the ballot, which will take place from 8 a.m. to 4 p.m. local time.

The government has deployed 220,000 additional police and military throughout the country, making a total of 300,000 men who will be in charge of securing the vote, supervised by 690,000 assessors.

According to the Colombian ombudsman [mediator], the ballot is at risk in at least 300 municipalities, in 27 out of 32 departments, under the threat of armed groups, while the drug traffickers of the powerful Clan del Golfo imposed an "armed strike" in early May " which has paralyzed many campaigns in the north of the country.