Presidential election in Colombia: an election under high tension, votes in calm

We vote in Colombia for the first round of the presidential election. A vote considered historic because all the polls give the leftist candidate the lead in the first round. This is a first… 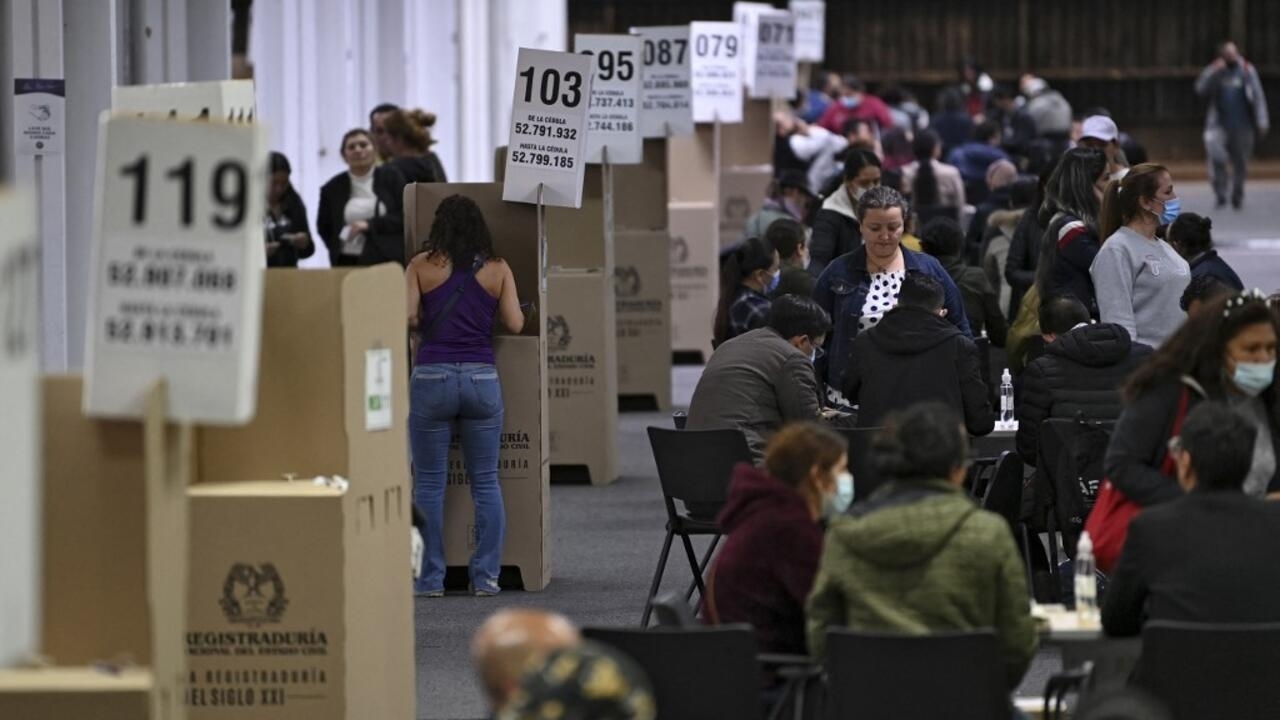 Presidential election in Colombia: an election under high tension, votes in calm

Polling station in Bogota, during the presidential elections, on May 29.

We vote in Colombia for the first round of the presidential election.

A vote considered historic because all the polls give the leftist candidate the lead in the first round.

This is a first for this all-time right-ruled country.

Nearly 3,000 international observers were dispatched to this tense election

For the moment, the day is proceeding peacefully across the country.

In Bogota, the left-wing candidate Gustavo Petro, voted with his family, in his usual polling station, which is located in a popular district in the south of the city.

►Also read: Colombia: the left at the gates of power?

The security of the candidate, who travels with armored cars followed by an ambulance, has been further reinforced.

A helicopter and a drone circled in the sky above the polling station.

Heavily armed police were protecting him with bulletproof shields when he got out of his car.

This security deployment speaks to the historic poll significance and tension.

But the atmosphere in the small crowd who waited chanting "

Petro, the people are with you"

was joyful despite the rain, reports

our correspondent in Bogota,

There are high expectations, especially after the pandemic

In the historic center of Bogota, Wilson Metizo was among the first to line up to vote this Sunday morning.

For this 52-year-old teacher, Colombia is living a historic day.

,” he said, questioned by

There are high expectations, especially after the pandemic.

People are waiting for political and also economic changes.

It's no secret that Colombia is very polarized.

What does she expect from the new president?

Let him put an end to inequalities

►Also read: Colombia chooses a president in a turbulent context

Omar Mendez is a painter.

He worries about the days to come.

I believe that the right has certainly always been in power, but that today the left will do well. Well, I hope, we'll see

The country has been under tension for a long time because of the violence.

And all because the right does not want to cede power to the left.

So if the left wins, I think there's going to be a lot of conflict.

The situation is quite tense.

Petro voters are still struggling to believe a victory is possible.

They are very afraid of electoral fraud.

During the legislative elections last March, there were major problems when the votes were counted.

The tension is high.

And it is to be hoped that tonight the results will fall quickly.

The results of this first round of the Colombian presidential election are expected in the evening.