After participating in a rally in Dos Hermanas (Seville) to support his candidate for the Junta de Andalucía, Juan Espadas, Pedro Sánchez moved to the Quintos de Mora estate... 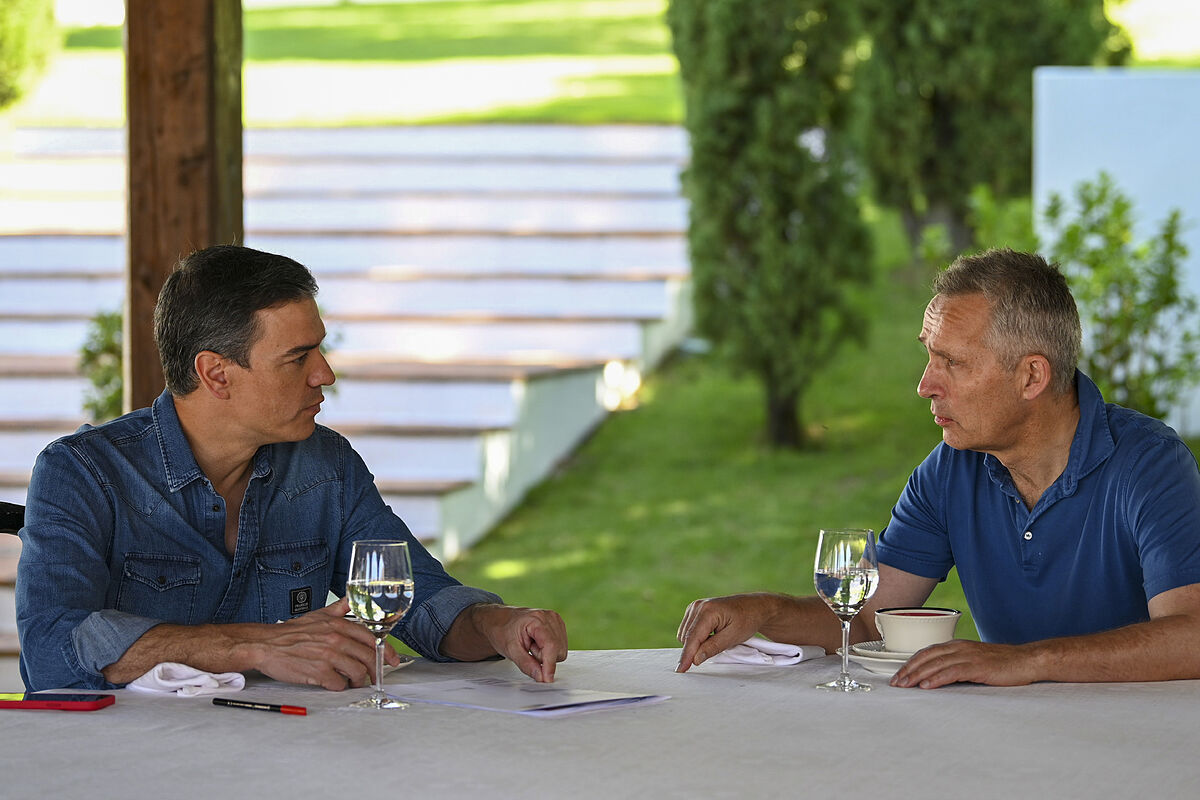 After participating in a rally in Dos Hermanas (Seville) to support his candidate for the Junta de Andalucía, Juan Espadas, Pedro Sánchez moved to the Quintos de Mora estate (Los Yébenes, Toledo), where he has starred in a weekend of work together with the Secretary General of NATO, Jens Stoltenberg, to prepare the summit to be held at the end of June in Madrid.

This Monday marks the 40th anniversary of Spain's entry into the Alliance, a milestone that will be celebrated with an act in which Sánchez, Stoltenberg and the King will participate.

Over the weekend both leaders met alone, government sources explain, to discuss the progress of preparations for the NATO summit.

"Prepared to host the next NATO Summit, at a historic moment for the Alliance in defense of peace and security," Sánchez said in a message on his social networks.

This weekend of work did not figure in the official agenda of the chief executive.

Ukraine or the elaboration of the new strategic concept have been some of the issues discussed in this bilateral meeting, government sources explained to this newspaper.

The meeting in Madrid, in addition to preparing NATO to face the future challenges of the Alliance, in a context marked by the invasion of Ukraine by Russia, in Spain they are "optimistic" so that this 360º look also puts the accent on the southern flank, and specifically on the Sahel.

The meeting between Sánchez and Stoltenberg takes place hours before both, together with the King, commemorate the 40th anniversary of Spain's entry into NATO at the Teatro Real, "a date that highlights Spain's contribution as a partner committed to the security of all the allies", they consider in the Government.

The event will be attended by more than 300 guests, including the former presidents of the Executive and former NATO secretaries general, as well as representatives of the powers of the State, government sources have reported.

For now, Felipe González, José María Aznar and José Luis Rodríguez Zapatero have confirmed their presence, as well as the former head of the Atlantic Alliance, Javier Solana.

The ambassadors in Brussels of the 30 allied countries that make up the Atlantic Council will also attend, something unusual for institutional acts of a specific country.