Massacre in Texas: Joe Biden in Uvalde to meet the families of the victims

Joe Biden travels to Uvalde, Texas on Sunday, a city in mourning after the shooting that killed 19 children and two adults at a school on Tuesday. He must meet the families of the victims and those responsible... 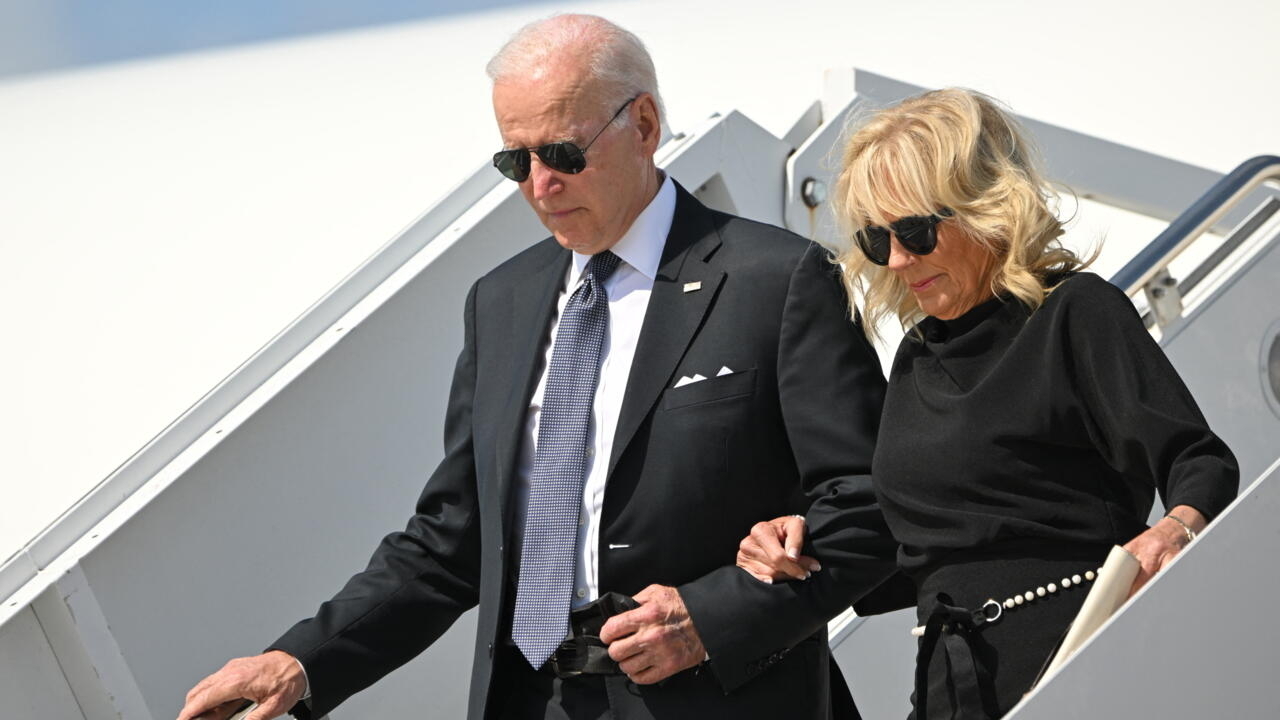 Joe Biden is visiting the Texas town of Uvalde on Sunday, May 29, five days after the elementary school shooting that shocked America and reignited the gun debate.

"We can't make dramas illegal, I know that. But we can make America safer," the President of the United States pleaded on Saturday, regretting that "in so many places, so many innocent people have died. ".

Nineteen children and two teachers died on Tuesday in the Robb school in Uvalde under the bullets of Salvador Ramos, barely 18, in one of the worst shootings in recent years in the country.

The 79-year-old Democrat, who himself lost two of his children - his still baby daughter in a car accident, and an adult son following cancer - spoke of his own suffering shortly after the killing.

"Losing a child is like having a part of your soul ripped out of you," he said on Tuesday.

"Nothing is ever the same again."

In Uvalde, the Biden couple will first go to the memorial erected for the victims in front of the primary school, before participating in a midday mass.

In the afternoon, they will meet the families of victims and survivors of the massacre, then members of the rescue teams.

Known for his empathy, Joe Biden will undoubtedly be able to find the words in the face of the suffering of loved ones.

But the head of state can hardly promise action to those who demand stricter control of firearms.

The too narrow Democratic parliamentary majority does not allow him to pass significant legislation on the subject alone.

The elected representatives of his camp need to convince a few Republicans to obtain the necessary qualified majority.

>> Firearms: Australia, a model for the United States after the massacre in Texas?

The White House, reluctant to involve Joe Biden too much in the political battle, said Thursday that it "needs the help of Congress", through the voice of its spokesperson Karine Jean-Pierre.

Negotiations are taking place there, and some elected officials deemed it possible, on Sunday, to put in place more restrictive laws.

Democratic Senator Dick Durbin said he felt "a different state of mind" among his peers.

It remains to be seen whether the Republicans will "show political courage", he added on CNN.

The Uvalde massacre and the childlike faces of its very young victims plunged America back into the nightmare of school shootings.

The inhabitants of this small town were awaiting their president on Sunday, an “important” visit, judged Frank Campos, 52, who lives in the neighboring city of San Antonio.

"But how many more schools will he go to? We have to put an end to all this," he said, calling for restrictions on access to weapons.

Illustration of the divisions of the country, Luis Luera, 50, thinks that such legislation would not change anything: "criminals will find a way to obtain weapons".