The June 1 local elections are three days away. Today, both the ruling and opposition parties waged an all-out campaign for the holidays in Gyeonggi-do, the biggest battlefield. We exchanged sharp words about Candidate Jae-myung Lee's promise to relocate to Gimpo Airport. 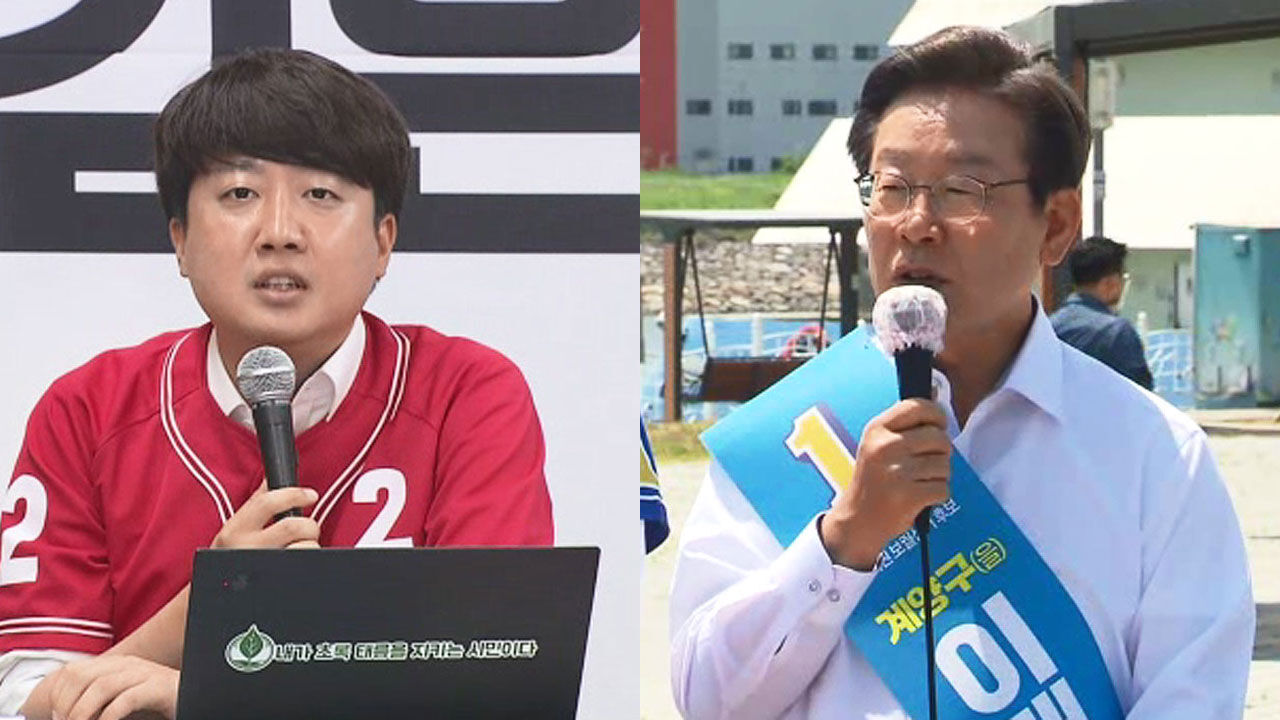 There are three days left for the June 1 local elections.

Today, both the ruling and opposition parties waged an all-out campaign for the holidays in Gyeonggi-do, the biggest battlefield.

The People's Power leadership conducted a forced march through the seven cities of Gyeonggi-do, starting with an on-site meeting in Ansan.

Gyeonggi Province emphasized that the ruling party was an alternative, saying, "It is an area that has been hit directly by the failure of the previous administration's policies," such as real estate and transportation.

[Kim Eun-hye/People's Power Candidate for Gyeonggi Governor: Looking back on the past four lost years, People's Power, the only party that can keep its promises (please choose).] The

Democratic Party's leadership was also dispersed into 6 cities in Gyeonggi-do to capture the public's feelings at the last minute.

She appealed, "Give me the strength to check the Yun Seok-Yeol government," and "We should select workers, not horsemen."

[Kim Dong-yeon/Democratic Gyeonggi Governor Candidate: Shouldn't we elect workers who have shown their work through performance and action through action?] As

a last-minute variable in the local election, the 'promise to relocate Gimpo Airport' has emerged.

[Lee Jun-seok / Representative of the People's Power: What the Democratic Party, which asks for votes while telling three or four different stories depending on the interests of each region, is splitting up, and that the party has become soybean flour…

Candidate Jae-myung Lee dismissed it as "dividing the Democratic Party," and then lashed out at President Lee as a "shameless mouth" meaning frivolous.

[Lee Jae-myung / Democratic Party General Election Chairperson: It is politics and skill to do things that are not easy to give up, or do things that you do not want to do or avoid because it is a burden.]

Ho-Joong Yun, vice chairman of the Democratic Party, also said, “It is a promise made by local candidates, not the central party.” We will make a decision based on the support of the region for this,” he said, warning against expanding the front line.